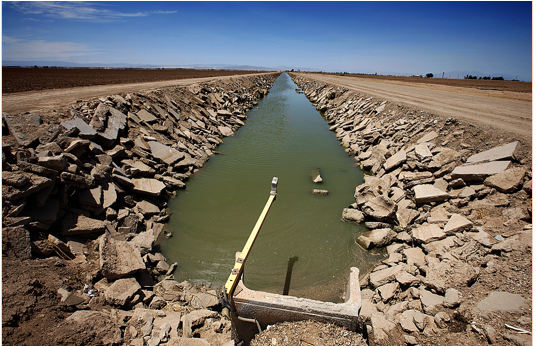 EASTSIDER-It seems clear by now that the phrase “climate change” means that we can look forward to erratic and wide fluctuations in our weather for the foreseeable future. Witness sudden years of drought followed by equally sudden massive rain and flooding. Like we experienced recently. It’s a prescription fraught with dangers to our water supply.

In terms of how to guarantee a good water supply for Southern California during all these weather changes, I wrote an article for CityWatch recently, “Life Without Water, Or Why the Delta Tunnel Is So Critical to LA.”

On September 26 there is a key vote coming up at the Metropolitan Water District (MWD) as to whether the project will move forward with their approval. So, let’s see where we are in terms of the City of Los Angeles and its Department of Water and Power, as well as the larger MWD which currently supplies a large percentage of water to the desert we call Southern California.

Hiz Honor and the DWP

It will come as no surprise that Mayor Eric Garcetti is full of plans. One of his first acts after elected was to establish a 20-year plan to transform Los Angeles by 2035, and he appointed a “Chief Sustainability Officer” to lead the charge. Makes the old Soviet Union look like a bunch of pikers -- they preferred to limit their visions to 5-year and 10-year plans.

Focusing on the 10-year part of the Mayor’s vision, we are to reduce DWP purchases of imported water 50% by 2025, reduce per capita water use by 22.5%, reduce the number of “annual sewer spills” to fewer than 100, and (I kid you not) “improve the beach water quality grade-point average” to 3.9 dry and 3.2 wet.

And, oh yes, we now have a “Water Cabinet” to go with the Chief Sustainability Officer. Garcetti has created enough new layers of bureaucracy for his visions to make even my friend, Jack Humphreville, stand up and note the price tag for Eric’s Rube Goldberg machine.

For those inclined to read the actual plan, all 109 pages of it, you can find it here.

To go along with this spiffy plan, Nury Martinez (CD6), Chair of the Energy, Climate Change, and Environmental Justice Committee, introduced a motion to have the DWP provide an overview of the project, variously referred to as the Bay Delta Conservation Project, the Delta Tunnels, and/or Alternative 4A or California WaterFix. To keep it simple, I’m going to simply refer to the project as the Delta Tunnels, since that’s the key to the project.

You can find the entire Council File here, which includes both DWP’s Summary as well as all the MWD’s documentation.  Be forewarned, it’s 112 pages long.

The Committee also asked the Office of Public Accountability, or Ratepayers Advocate as we call them, to weigh in on the cost of this plan to DWP customers, and their report is included as a separate document in the Council File. To save you having to read the actual Report, the short version is that they estimate an increased cost to DWP customers of $1.73/month for typical single family residential users. That’s based on an average of a wide range of possibilities with a best-case scenario of $0.873/month and a worst-case scenario of $4.31/mo., and their figure includes both the rate increase itself as well as an increase in the MWD property tax we pay.

Honestly, I urge folks to read the Ratepayers Advocate analysis. It’s only seven pages (excluding the 16 pages of appendices) and has a good analysis of all the variables in a complicated (lots of moving parts) Delta Tunnel project.

Center of the Hurricane: Environmentalists vs. Water Boards in the Desert We Call Southern California

Love it or hate it, the Delta Tunnels project is designed to do a couple of basic things: to provide a more reliable and certain water supply to Central and Southern California, the tunnels literally bypass the Delta. The project will also improve our ability to get more water into storage during periods of surplus, but they don’t provide additional storage capacity themselves.

DWP customers actually have three sources of water -- the DWP/Owens Valley canal (the Los Angeles Aqueduct) owned by the DWP, and the Colorado River and California Aqueduct controlled by the MWD, all subject to regulatory limits and formulas.

In the Owens Valley, there are strict limits on what we can grab for Los Angeles, and same for the Colorado River water we get from the MWD. In the case of MWD, this is a series of inter-state agreements determining which state gets what water and what caps are in place when times get tough.

Same thing for the California Aqueduct, which pulls water from the Sacramento Delta. In that case there are both percentage limitations and caps as to how much water we can obtain for the Aqueduct. These limitations are based on litigation, and are imposed to mitigate environmental concerns. As a result, when we have massive rainfall in Northern California, much of the increases are not available for the Aqueduct and instead mostly flow into the San Francisco Bay.

By bypassing the Delta and going directly to the Sacramento River source, many of the regulatory limits to the Delta wetlands are avoided, and the Aqueduct would be allowed to pipe more water through the system when there is high rainfall. That means less runoff and less stress on the existing dam systems. According to the State’s biologists, this also means an improvement to habitat sustaining flows.

The Delta Tunnels project pits four groups against each other; environmentalists (mostly from the North, but including many of my LA progressive Democrat friends), agriculture in the form of large farm interests in Central California, smaller Sacramento Delta farmers dependent on the Delta flows, and Southern California with its huge population and equally huge desert climate.

Overlaying all of this is the historic Northern California-Southern California hatefest, which has existed since the beginnings of our state. These schisms are well documented in Kenneth Starr’s six-book series on California starting with Americans and the California Dream.  Not to mention my grandfather who lived in Orville.

What makes this fight so toxic, aside from the beliefs and varying economic interests of the parties, is that there is no public vote of the electorate that is required for this project. That’s right, no direct statewide vote. The reason for this goes back to California’s crazy patchwork of water regulation.

Oversight of California’s water resources, including the Aqueduct, is the role of the State Department of Water Resources, the entity that owns and maintains the State Water Project (which goes to Southern California.) Also relying on exports from the Sacramento Delta are the agricultural interests using the Central Valley Project, managed by the federal U.S. Bureau of Reclamation. Between them, if they want to build the Tunnel project, they can do so.

In order to fund the Delta Tunnels, the agricultural industries and the MWD are the 800-pound gorillas. Their users would foot the bulk of the bill (71%) for this project. MWD is a member of the State Water Project, which is on the hook (probably) for 55% of the Tunnel project costs. For the Central Valley Project share of the Tunnels, the Federal Government is responsible for who pays for their share, estimated at about 45%. Currently there are hundreds of (mostly urban) State Water Project contractors and more than 100 (mostly agricultural) Central Valley Project contractors who would be eligible to participate in funding the project..

Against all this, on the other side, we have a slew of environmentalists and other objectors, the bulk of which come from Northern California. They only have two forms of leverage to kill the Delta Tunnel project. First, they can try to get most of the State Water Project and the Central Valley Project contractors to choose not to support the project, which would kill it for lack of funding.

Failing that, their only real remedy is the same as for residents who want to block any big municipal land use project -- tie everything up in a bunch of environmental litigation.

And to be fair, the opponents of the Delta Tunnels project have done a bang-up job of this, filing every kind of real or imagined challenge to every piece of WaterFix. Their problem is that, at best, this merely delays, but doesn’t stop, the Project.

At the moment, opponents of the project have done a great job in packing meetings and ginning up the funding to pay attorneys who specialize in this niche area of the law. Those firms have made out quite well financially, thank you very much. Not to mention that a small forest has been cut down to provide all the paper.

All this provides the context for a major meeting of the Metropolitan Water District to be held on September 26, and the why of this column.

The stakes are high. If the MWD votes not to support the Tunnel project, it’s likely to be toast since they are the largest single chunk of urban ratepayers to fund it. If they vote to support the project, it will likely move forward now with enough other partners to pay the ultimate bill. The financing also gets on firmer ground as well.

In the case of the City of Los Angeles’ single family residents serviced by the Department of Water and Power, our ultimate cost is likely to be about $1.73/month on our combined water and tax bill, with a worst-case scenario of $4.31/month. For other MWD consumers, particularly those who have no other realistic sources for their water needs, the cost isn’t really the issue, is it?

For an affirmative vote by the MWD, we get to move forward on a project that will increase the reliability and overall throughput from the Sacramento River to the Aqueduct, provide better capability to capture water for storage, and act as a hedge against bad things happening to our water supply.

To put all this in perspective, here’s the bottom line -- we are talking about a massive capital project, one that will take about 21 years to design and build. That’s right, something like 4 years of design, and 17 years of construction.

Just as important, we are also talking about a project that for the moment has federal biological opinions supporting the Tunnels.

So, if we do nothing and something really bad happens to our water supply, we are looking at a minimum of 21 years from then to do this kind of large capital project. And that assumes that the federal approvals would still be available.

I am all for reasonable environmental mitigation of our water supply. Heck, had same regulations been in effect generations ago, much of our underground Southern California water supply would not be the toxic soup of chemicals that it currently is. Not only is fixing the local water supply hideously expensive, god knows what health hazards still abound. Just ask the folks in the Santa Fe Springs Superfund site. And they are not alone.

Given the built-in guarantee of environmental mitigation in the Tunnels Project, I just don’t think the B Plan of doing nothing but relying on local supply is prudent for Southern California.