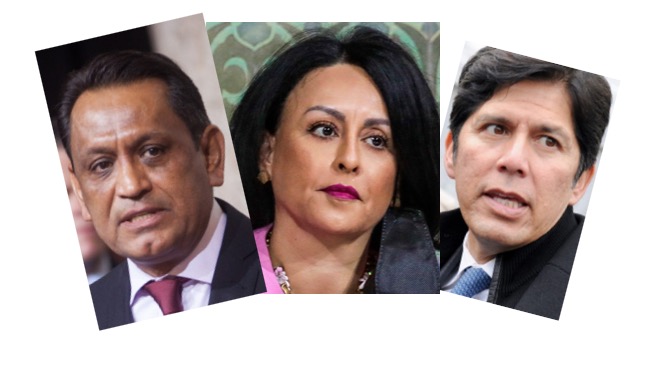 LA WATCHDOG - Underlying the recent article in the Los Angeles Times about an October 2021 meeting between Council President Nury Martinez, two other Latino members of the City Council, and the Latino president of the Los Angeles County Federation of Labor that involved racially insensitive remarks are the efforts by the underrepresented Latino population wanting to get its fair share of the pie.

Before discussing the City’s demographics, now that Nury Martinez has resigned as the President of the City Council, there is the question of whether Martinez should resign from the City Council now.  While it may be prudent for Martinez to hold off on making any quick decision, the pressure on Martinez, Kevin deLeon, and Gil Cedillo to resign is intensifying with Rick Caruso and Karen Bass, the two candidates for Mayor, Senator Alex Padilla, Mayor Eric Garcetti, Controller Ron Galperin, and others calling for their immediate resignations.

Today, Latinos represent about 50% of the population of the City.  But they only have about a quarter of the seats on the City Council, and about an eighth of the general managers of the City’s departments. They occupy none of the three city wide offices. They are also underrepresented on the Boards of the three proprietary departments and numerous other City commissions.

One of the takeaways from this brouhaha is that our corrupt City Council needs to place on the 2024 ballot a measure to establish an Independent Redistricting Commission, a move that has been resisted by Martinez. This would help to eliminate the backroom wheeling and dealing that was the topic of the October 2021 meeting.

There also needs to be a transparent investigation into the role of the Los Angeles County Federation of Labor into the redistricting process. There was no question that the union president was calling the shots.  But this is standard operating procedure given the political and financial muscle of the public sector unions. This has resulted in numerous budget busting labor agreements.

This tribal struggle to divide up the spoils will only increase with time, creating an environment where the best interests of the City may be subordinate to the political aspirations of the Latino, black, and white politicians.  This is just another form of corruption and will only will further erode the trust and confidence that Angelenos have in City Hall.

[Note: On Tuesday, our corrupt City Council is scheduled to meet at ten in morning.  You can watch by going to the City’s web site.  Stay tuned.]