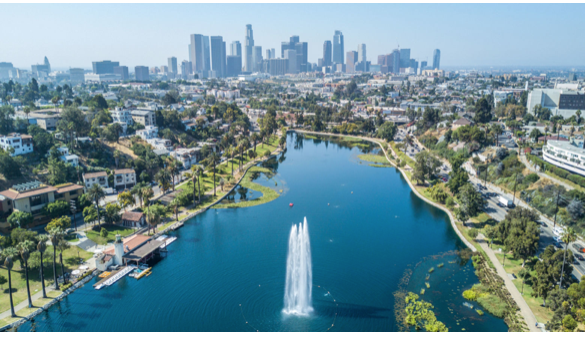 LA WATCHDOG - The Department of Water and Power is embarking on an ambitious program (LA100 Renewable Energy Study) to be powered by 100% renewable, carbon free energy by 2035.

This will cause our electricity rates to double, if not triple, a fact that has not been widely discussed by the major proponents of this plan, the Mayor, the City Council, the politically appointed DWP Board of Commissioners, and the politically powerful environmental community.

As a result of these unaffordable increases in our rates, the City and the Department have embarked on its LA100 Equity Strategies that “aims to ensure a just and equitable transition to clean energy that benefits all of L.A.'s communities.”  The major thrust is to alleviate the impact of these exorbitant rate increases on lower income Angelenos. But this will shift the avoided costs to homeowners and commercial and industrial customers.

There are alternatives that will significantly lessen the impact of the 100% Renewables plan on our power rates.

DWP has the ability to save tens of billions of dollars if it decides to reduce the use of renewable power to 80% to 90% and relies on turbine fired sources of power for the remaining 10% to 20%.  As the National Reliability Energy Laboratory (“NREL”), DWP’s partner, stated, “Technology restrictions result in higher costs when it comes to meeting the last 10%-20% of energy demand - but almost no additional air quality or public health benefits.”

The Department could also push back the completion date to 2045 as was originally contemplated by NREL.  This would also save billions, spread expenditures over an additional ten years, and defer rate increases to future years.

Unfortunately, Mayor Garcetti and the City Council, in their rush to please the single-minded environmental community, did not take into consideration the impact on the wallets of LA’s hard-working Ratepayers.

Likewise, there has not been any discussion or analysis of the impact of lowering the rates for lower income Angelenos on homeowners and commercial and industrial customers.  A preliminary analysis indicated that the “cost shift” will be north of $1 billion.  This will increase power rates by around 10% for the other Ratepayers.

This “cost shift” may also require Angelenos to approve a ballot measure.

According to the NREL, the cost of achieving 100% renewable may cost up to $86 billion.  This will drive rates through the roof, a burden that will be born mostly by hard working Ratepayers and the business community, the major source of jobs for Angelenos. But to date, there has not been an open and transparent discussion on rates with the Ratepayers and the public.

Now is the time to begin that discussion.