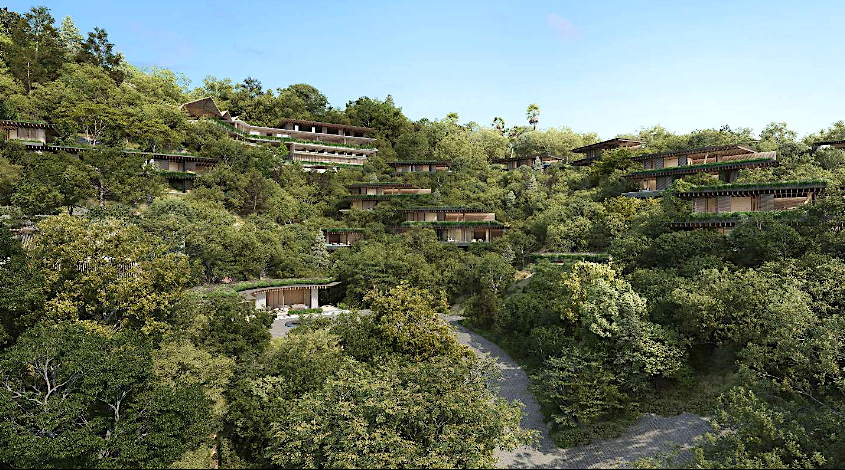 LA WATCHDOG - A relatively unknown developer is proposing to develop a luxury resort in the hills of Benedict Canyon that will be operated by Bvlgari Hotels and Resorts, an affiliate of LVMH, the world’s largest company specializing in luxury goods.

But this developer does not appear to have the development expertise or the financial wherewithal to complete this $250 million hotel and resort on a timely basis.

Despite the claims of the developer that the resort will be sensitive to the concerns of the surrounding neighborhoods and the environment, the residents are adamantly opposed to this real estate development and the commercialization of the Santa Monica Mountains and Benedict Canyon.  They are concerned about the strain on the existing infrastructure, the traffic, the loss of open space and trees, the impact on wildlife and their habitat, the area’s biodiversity, the leveling of the hills, the removal of tons of soil by polluting trucks using narrow roads, the watershed, and the increased risk of wildfires in this Very High Fire Hazard Severity Zone.

To date, their non-profit organization, Save Our Canyon, has collected over 11,000 signatures. They are supported by the Santa Monica Mountains Conservancy, Tree People, Citizens for Los Angeles Wildlife, the Hillside Federation, the Benedict Canyon Association, the Bel Air Beverly Crest Neighborhood Council, and numerous other environmental organizations.

Councilman Paul Koretz filed a motion (21-0777) calling for the “City Council to instruct the Director of Planning to rescind the initiation of a General Plan Amendment …... as the proposed amendment does not reflect the land use patterns, trends, and uses in the immediate area and does not further the intent, purposes, and objectives of the Community Plan.”

One concern is that the developer does not have the expertise or experience to develop a luxury resort in a manner consistent with the high standards demanded by LVMH and Bulgari Hotels and Resorts.  Rather, there appears to be a pattern of litigation and failed developments, none of which approach the size of quality of the Benedict Canyon project.

Residents are also concerned about the developer’s financial capabilities, worried that if he breaks ground, he will not be able to complete the project on a timely basis, leaving a scarred landscape.

While there is no doubt that LVMH has the resources to finance this luxury development, hotel companies are not in the business of owning the underlying real estate.  Rather, using their brand name and marketing capabilities, they are responsible for the operation of the resort and earn a percentage of the revenue and profits.

Before the City proceeds with an Environmental Impact Report or any zoning changes, the developer must show the City, the Fire Department, the environmental and wildlife communities, and the residents that he has the necessary expertise and financial wherewithal to complete this luxury hotel on a timely basis.