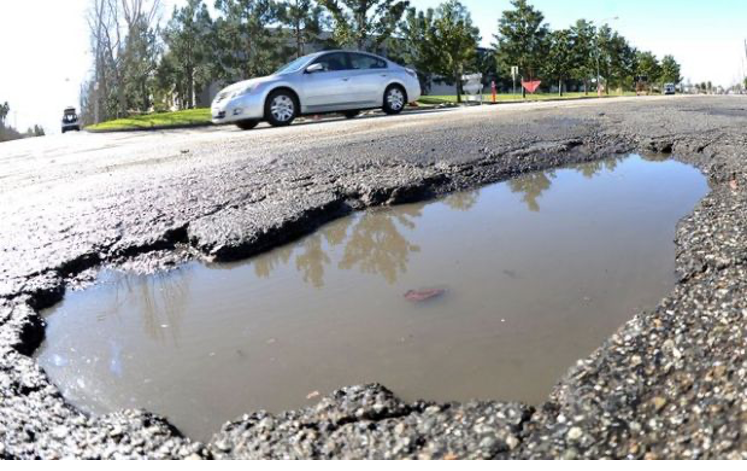 LA WATCHDOG - The City of Los Angeles is considering a number of large infrastructure projects that will result in significant tax increases if approved by the voters.

These include $4.5 billion for street repairs, $1.5 billion for sidewalk repairs, and $2 billion for recreation and park facilities.  Underlying the need for the $8 billion to repair our neglected infrastructure is that the Mayor and City Council have financed raises and excellent benefits for City employees by neglecting and underfunding our streets, sidewalks, and parks [see below].

During the Garcetti administration, General Fund revenues have increased by more than 50%, or $2.3 billion.  This does not include the infusion of cash of $640 million from Washington in each of the last two years. But at the same time, very little of this multibillion increase was spent on our streets, sidewalks, parks, and the rest of our deteriorating infrastructure.

Interestingly, only a small portion of the $1.3 billion infusion from Washington pursuant to the American Rescue Plan was devoted to the City’s infrastructure.  Instead, the cash infusion allowed the City to eliminate the Structural Deficit, balance its budgets, and replenish the Reserve Fund.

Rather, a major portion of this $2.3 billion increase went to meet the demands of the campaign funding leaders of the City’s public sector unions.  For instance, in October of 2019, the Mayor and the City Council approved budget busting labor agreements that resulted in cumulative deficits over the following four years of an estimated $1.5 billion.  There were also other generous labor agreements during the Garcetti administration that added to the City’s budget woes and Structural Deficit.  And there will be more of the same in the future unless there is reform.

The result will be that the City will ask us to approve the issuance of billions in bonds to finance the repair of our neglected streets, sidewalks, and parks.  If approved, this will result in a significant increase in our property taxes.  At the same time, the Mayor and the members of the City Council will put on a full court press, telling us why it is vital to our quality of life to pass the bond measure.  Their efforts will be backed up by considerable cash from the leaders of the public sector unions who have much to gain.

Before proceeding, the City needs to develop a detailed plan for the repair of our streets, sidewalks, and parks as well as their future maintenance.  We will also need to have a better understanding of the financing as well as the source of funding for ongoing maintenance expense.  And finally, we must demand that any bond measure include budget reforms, including a provision that the City will not enter into any labor contracts that will result in a deficit.