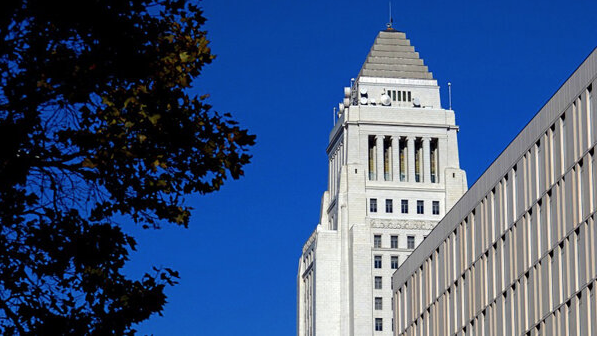 LA WATCHDOG - Every two or three years, the City Council and the Mayor approve new budget busting labor agreements* with the campaign funding leaders of the City’s public sector unions.

These overly generous agreements are negotiated behind closed doors and then presented to Angelenos as done deals without any input or review by the public or the media.

This has resulted in Structural Deficits, rivers of red ink where spending increases faster than revenues. This results in lower levels of service where our streets, parks (and their bathrooms), and the urban forest are neglected.

Unfortunately, the Mayor and the Councilmembers will not acknowledge their blatant conflicts of interest and the need for open and transparent labor negotiations.  Rather, they continue to rely on the campaign contributions from the leaders of the public sector unions.  And even if they did address the conflicts of interest, there would be too many loopholes.

That is why we need a charter amendment to reform labor negotiations and to eliminate the resulting budget deficits.

The charter amendment will prohibit the City from entering into any new labor agreements that result in a deficit in the current fiscal year or in future years unless approved by the voters.

The amendment will require the City Council, the Mayor, the City Administrative Officer, and the Chief Legislative Analyst to provide the public with an analysis detailing how the new labor agreements will be financed and not result in deficits.  The City will be required to rely on reasonable assumptions and to maintain service levels, make its annual required pension contributions, and adhere to its existing Financial Polices.  Future tax increases or bond offerings not approved by the voters may not be counted as revenue.

After the release of the analysis, the City will be required to hold at least six public meetings throughout the City to discuss the analysis.  After 45 days, the new labor agreements may be approved, assuming there are no current or future deficits or challenges.

The findings of the analysis may be challenged in court.  Importantly, the burden of proof will be on the City, not the challengers.  Furthermore, if a challenge is upheld, the labor agreements will be null and void and the City will be responsible for all costs of the challenger, including fees for lawyers, financial advisors, consultants, and expert witnesses as well as reasonable out-of-pocket expenses.

Furthermore, if the challenge is upheld, the City’s eighteen elected officials as well as the CAO and CLA will be entitled to only 50% of their scheduled compensation for the following year and be required to pay half of the cost of their healthcare benefits.

The Mayor, the Councilmembers, and the campaign financing leaders of the public sector unions will be adamantly opposed to the charter amendment because it upsets business as usual which leaves paying for their financial follies.  On the other hand, what’s not to like about a balanced budget?

Note: The charter amendment is a work in progress. Comments appreciated.