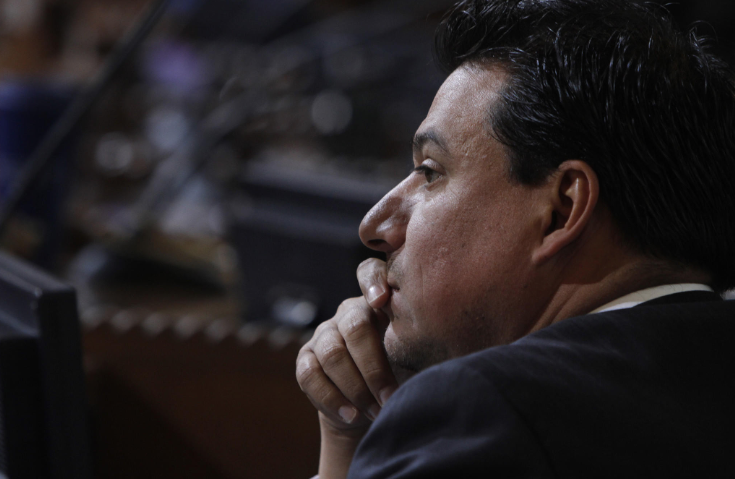 LA WATCHDOG--Where there is smoke, there is fire, especially when it involves City Councilman Jose Huizar.

The FBI raided his offices and home.  The IRS is also involved in the investigation.  He is being sued by two former staffers who allege he had another extramarital affair with a member of his office staff and that he doctored his calendar to coverup meetings with developers.  He has been stripped of his committee assignments, including the chair of the powerful Planning and Land Use Committee, by City Council President Herb Wesson.

There are several other high profile incidents, including his affair with his Chief of Staff that cost the City $200,000 in legal fees, an after-hours car accident that was settled with $185,000 of City money, and his role in the $72 million pay-to-play Sea Breeze development scandal.

To help salvage its questionable reputation that has been further stained by the Huizar controversies, the City Council should adopt a policy of real time transparency for its members’ discretionary funds, their campaign contributions, its $50 million budget, and their calendars.

The discretionary funds benefit from numerous sources of funds, including $100,000 from the City, contributions from friends of the Councilmember, the sale of surplus City property, pipeline fees, street furniture fees, AB 1290 fees associated with the Community Redevelopment Agency, and tipping fees from landfills and recycling centers, including Sunshine Canyon, Lopez Canyon, and CLARTS (Central Los Angeles Recycling and Transfer Station).

This includes the recently established $1 million slush fund in connection with the $103 million giveaway for the new hotel at Pico and Figueroa that just happens to be Huizar’s Council District.  It also includes the $250,000 slush fund controlled by Wesson that was established by the developer of an out of character, 27 story luxury high rise at Catalina and 8th Street.

No doubt, there are many more slush funds sloshing around in the bowels of City Hall.

There is very little transparency on the sources of funds that have been estimated to be in the range of $25 million by Mayor Antonio Villaraigosa.  This also applies to the disposition these funds that would help balance the City’s budget.

The City Council should adopt an enforceable policy that requires its members to post the details of each discretionary fund transaction (inflows and outflows) in real time in an easy to understand format.  There should be a link to the information on each member’s home page as well as on the homepage of the Ethics Department.

This will not be a popular reform as the Council prefers to exercise its prerogatives in private, treating us as mushrooms, in the dark and deep in manure.

The City Council also needs to reform campaign contributions by limiting donations from real estate developers and other interested parties, especially if the donor has business before the City.  This effort has bogged down by issues involving free speech, but this is just an excuse to avoid the timely disclosure of campaign contributions of cash, the ultimate aphrodisiac for politicians.  Again, all contributions should be posted in real time in an easy to understand format that is available on each member’s home page as well as on the home page of the Ethics Department..

The City Council’s $50 million budget needs a comprehensive review as each of the 15 offices has an average budget of $3.3 million.  They also appear to be overstaffed as the telephone directory lists about 300 employees for the 15 districts, an average of 20 people per district. Maybe it is time that the Council budgets go on a diet until the members can prove that they are using this money in an efficient manner.

At the same time, each member of the City Council should be required to keep an online, up to date calendar so that the public is able to see how our representatives are spending their time, especially if they are meeting with real estate developers, union leaders, and others who want to pursue their special interests.

The same transparency policies also apply to Mayor Eric Garcetti: his $82 million budget (a 50% increase from the previous year), including the $59 million of undisclosed “other allocations,” the Mayor’s Fund, campaign contributions to his local and national campaign funds, and his calendar.

Many Angelenos have trust issues with the City Council and the Mayor as pay-to-play schemes are alive and well at City Hall as evidenced by the storm raging around Councilman Jose Huizar. Increased transparency into our elected officials’ slush funds, campaign funds, their budgets, and their calendars will help begin the process of restoring the needed trust.