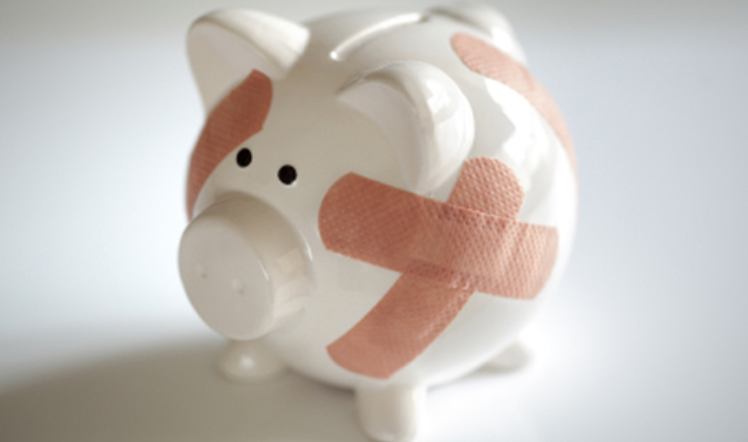 LA WATCHDOG--The City’s two pension plans had a 9.75% return on its investment portfolio of $36 billion for the fiscal year ending June 30, 2018 according to the recently released actuarial reports.  This is 2.5% higher than the targeted rate of return of 7.25%.

Yet despite robust returns, the unfunded pension liability remains at more than $15 billion (72% funded based on an investment rate assumption of 6.25%) and the annual required pension contribution is scheduled to increase by over $100 million next year, devouring more than 20% of the General Fund budget.

But more than likely, Mayor Eric Garcetti and the Herb Wesson led City Council will continue to kick the can down the road and call for a tax increase to fund vital services that will indirectly fund the ever-increasing pension contributions.

The unfunded pension liability for the two plans did not really budge because the hefty return on investment (9.75%) applies only to invested assets of $36 billion, not the total benefits liability of $51 billion. As a result, the return for the two funds on its outstanding benefits liability is only 7.0% (9.75% x 72% funded), 25 basis points less than the overly optimistic investment rate assumption of 7.25%.

As of June 30, 2018, the combined unfunded pension liability for the two plans (including the Other Post-Employment Benefits – read healthcare) was $15.3 billion (72% funded), a modest improvement from the previous year.

[As a result of the bull market, many pension experts believe that the pension plans should be 120% funded so they withstand a down market.]

To make matters worse, the City’s annual required contribution to its two pension plans is expected to increase by over $100 million, or 9%, demonstrably higher than the 2% growth in General Fund revenues.  This mismatch contributes to the City’s Structural Deficit.

The anticipated contribution of $1.35 billion includes more than $775 million of “dead money” to pay for the unfunded pension liability. This dead money does not provide any current benefit, but pays for the City Hall’s negligence in adopting unrealistic and overly optimistic investment rate assumptions.

This $1.35 billion contribution is a low-ball estimate because it is based on the overly optimistic target rate of 7.25%.  If the target rate is lowered to a more reasonable rate of 6.25%, the unfunded pension liability jumps $6 billion.  This would require an additional contribution of at least $500 million, if not more, chewing up close to 30% of General Fund revenues.

So, what are Mayor Garcetti and the Herb Wesson led City Council doing to address the $15 billion pension shortfall and the ever-increasing pension contributions that are crowding out basic services such as the repair and maintenance of our streets and parks?

Garcetti and Wesson have refused to establish a commission to review and analyze the pension plans and to make recommendations to reform pension plans.  So much for transparency, a Garcetti Back to Basics pledge.

Garcetti and Wesson have dropped the ball by not even considering placing on the ballot a measure to eliminate the Deferred Retirement Option Plan for the sworn workers that has cost LAFPP $1.6 billion, hardly cash neutral as was advertised.

[In the interest of transparency, Garcetti and Wesson should release the secret February 2016 memo by the City Administrative Officer which exposes the costs of the DROP program.]

More than likely, Garcetti and Wesson will not endorse the reform of the City’s pension plans for fear of antagonizing the leadership of the City’s unions. After all, both have ambitions for higher office.  Instead, they will call for an increase in our sales or property taxes to fund vital services such as the police and fire departments or the repair and maintenance of our streets.  These new taxes will allow existing funds to pay for the increased pension contributions which would otherwise crowd out these vital services.

We will need to prepare ourselves for a barrage of self-serving propaganda as to why the City needs a tax increase, whether it is for public safety, infrastructure repair, or affordable housing.

Do not believe the slick talking Garcetti, Wesson & Company.  You will need your BS detector at full power as they are looking to stick it to us.  Again.