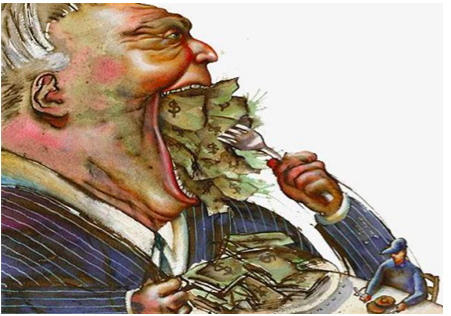 LA WATCHDOG -“What you find is there’s never just one cockroach in the kitchen when your start looking around.”- Warren Buffett

The fate of Samuel Leong, the developer of the $72 million Sea Breeze apartment complex in an industrial area of Harbor Gateway, will be determined in a court of law.

He has been indicted on charges of attempted bribery and laundering campaign contributions through strawmen to Mayor Eric Garcetti, five members of the City Council (Buscaino, Huizar, Englander, Cedillo, and Martinez), and County Supervisor Janice Hahn, the former councilwomen for the Harbor area.

As a result of the City Council’s action to overrule the City’s Planning Commission’s decision that the 352 unit residential Sea Breeze development was not compatible with the surrounding industrial area, the value of Leong’s property increased by an estimated $25 million, not a bad return for an “investment” of $600,000 in the City’s political establishment.

But what about the members of the City’s political machine that accepted these bribes (excuse me, campaign contributions)?

Mayor Eric Garcetti and Joe Buscaino, the ringleaders of this underhanded deal, and the rest of the machine politicians will naturally say that these very generous campaign contributions did not influence their action to override the Planning Commission unanimous decision to reject the oversized Sea Breeze development.  Of course, we know that this is just another lie, a cover up, as campaign cash is the ultimate aphrodisiac for politicians.  And why else would they go out of their way to facilitate this project that was also opposed by the owners of the surrounding industrial and commercial properties?

As a first step, the politicians should donate all of their ill begotten gains of almost $600,000 to local charities that benefit the Harbor Gateway area of the City.  That means Garcetti is on the hook for $60,000.  Buscaino, a former cop who should have known better than to get involved with a slimy real estate developer, is responsible for $94,700 as well as $120,000 that he raised for Bobby Shriver’s campaign for County Supervisor.  The members of the lucrative Planning and Landing Use Management Committee, Huizar, Englander, and Cedillo, need to pony up over $100,000 while Martinez needs to come up with $7,700 that was donated to her through a Buscaino sponsored fund raiser.

And do not forget former City Councilwomen from the Harbor and now County Supervisor Janice Hahn who needs to donate $203,500 to a local charity.

The City Council should also rescind its decision to approve the Sea Breeze zoning change as a result of the developer’s illegal actions.  At the same time, the Mayor and the City Council should instruct the Department of Building and Safety not to grant a Certificate of Occupancy for the apartment complex.

This will result in a significant loss in value for the Sea Breeze development, not only for the developer, but for the construction lenders as well.  But this will send a very clear message to the banking community that they need to think twice before they finance a project that has gone through a significant zoning change.

The City Council and the Ethics Department should also hire an independent law firm or consultant to analyze the campaign contributions associated with Sea Breeze and how this scam was orchestrated, including the role of lobbyists, consultants, and real estate lawyers and the source and timing of the contributions.

Mayor Garcetti, who has benefitted from generous developer contributions ever since he represented Hollywood as a Councilman, and the City Council need to develop policies that eliminate the corrupting pay to play culture that pervades City Hall and the planning process.

This would include limiting campaign contributions and behests from developers. It would also require any developer to detail any contributions, including those of his lawyers, lobbyists, and consultants, for the previous five years on any proposal to “up zone” any development.

This reform was discussed over a year ago in a CityWatch article, The LA Charter That Keeps on Giving … to the LA Council Members That Is.

As a final thought, a successful resolution of this unsavory deal may be to permit this project to continue as affordable housing with a portion set aside from permanent supportive housing for the homeless, supported by the $600,000 in donations from the generous members of the City’s political machine.

Unfortunately, there are many more Sea Breezes, all of which combine to erode the trust and confidence we Angelenos have in City Hall and why we believe that corrupt cucarachas permeate City Hall.