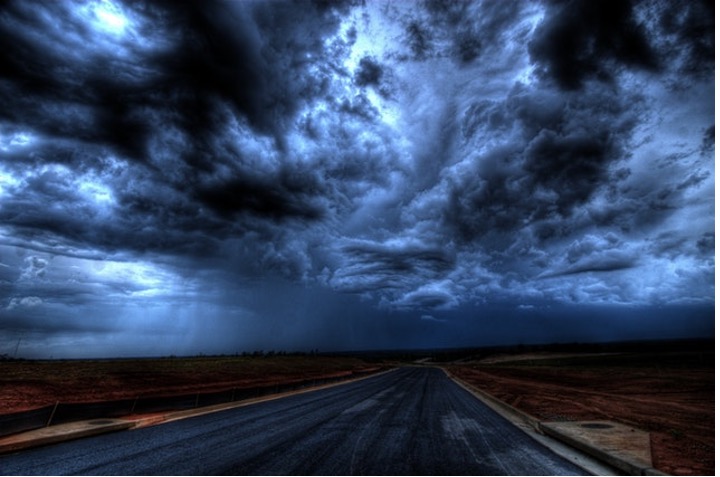 THE VIEW FROM HERE - Good intentions do not always lead to Hell.

The unstated part of the saying is that good intentions can result in people making bad decisions which harm  society.  Karl Marx wrote, “From each according to his ability, to each according to his needs.”  That philosophy is first cousin to the Bible where Cain retorts to GOD, “Am I my brother’s keeper?”  It is the sort of question which marks a sinful person.  Jesus said, “Do unto others as you would have them do unto you.”  Hillel had three questions people should continually ask (1) about themselves, (2) about helping others, and (3) when to do which.  Karl Marx’s good intentions resulted in some of the worst and longest totalitarianism.  The actions, which flowed from Marx’s proposition, required an all powerful government which would confiscate all productivity and then allot wealth as the government functionaries desired.  On the other hand, weak governments left society close to Thomas Hobbes’ state of nature, where life was short, brutish, and nasty.  In fact, the inability of the Articles of Confederation to protect individual inalienable rights was the reason the Constitutional Convention was convened, and the present US Constitution was drafted.

Perhaps, we should pay more attention to how we achieve good intentions rather than merely assume that we know how to do it.  Trump simply declared that he would Make American Great Again. His lasting legacy will be launching a murderous assault on The Capitol to overthrow the US Constitution in order to make himself President after he lost the November 2020 election.

After the new Constitution had been written in 1787, the public did not believe that the framers had gotten the “how” to protect inalienable rights correct.  That is why the first ten amendments were added to clarify some of the inalienable rights and add other mechanisms to protect the rule of law in the Republic by steering the nation away from democracy and tyranny.

Some Role for Voting is Implied in the Declaration of Independence

Nowhere does the Declaration endorse a democracy as a favored form of government, but voting was to play some role. In paragraph two, it states, “deriving their just powers from the consent of the governed.”  From the overall context, one sees that this consent is an on-going requirement of a legitimate government.  How a government would obtain this consent without some form of voting is hard to imagine.  The “consent of the governed” requirement definitely does not exclude voting.

Later, the Constitution identifies one basis to rebel is that King George abolished elected bodies and did not re-establish them.  “He has dissolved representative houses repeatedly, . . .”  Because the King’s abolishing representative houses was one of justifications for the revolution, elected bodies must serve some good purpose.  As we learned from the Federalist Papers (not the Federalist Society,) voting also poses a serious threat to liberty.  Voting is like Goldilocks’ porridge; it has to be just right.

Good Intentions and Voting Can Lead to Terrible Outcomes

The saying “everyone should vote” is an idiotic meme. There is nothing magically good about voting.  Most dictators are voted into power.  But for winning sufficient votes from the German people, Hitler would not have become chancellor and then Der Fuhrer.  Hitler had the good intentions of Making Germany Great Again and voting gave him that opportunity.

Good Intentions and Voting Are No Guarantee of a Decent Government

Cooperation: Governance can be done either from the center with cooperation or from one extreme by brute force.  Thus, voters need to favor candidates who will cooperate with other people of good faith to improve quality of life.

There is an addendum to cooperation. When there is significant corruption as at the LA City Council and at the Board of Supervisors, cooperation is not warranted. Why? Because a corrupt city council and a corrupt Board of Supervisors cannot promote and protect inalienable rights.  While good faith disagreement on policy is not corruption, voting trading and funneling public money to Wall Street or to your friends are examples of corruption.

Integrity: Voters need to insist on facts and not accept as facts whatever their favored candidate says.  Also, remember naming a problem is not a solution.  “I will end homeless,” merely acknowledges the problem.  In Los Angeles all candidates lack the integrity to admit the cause of homeless. To do so, would then require them to do something about the cause. Instead, they all lie and say building affordable housing is the solution.

Los Angeles Has No Housing Shortage

Thus, building more housing cannot be the solution.  Homelessness has been caused by two decades of destruction of poor people’s homes, especially rent controlled units, while drastically overbuilding high end condos, apartments and boutique hotels. No one probably knows the exact number of vacancies in Los Angeles.  Over the last few years, vacancies have been estimated at 93,000 in the city, at 115,000 in the city, at 251,000 in the county. In the last year alone, LA City lost 204,000 people, reducing the demand on housing.

Courage: Integrity requires courage. The forces of corruption are ever present. If one speaks out against corruption, they will shut him down.  Even when the sheriff tackles white collar crime, he stands virtually alone as community leaders throw stones at him.   September 26, 2022, CityWatch, Sheriff Alex Villanueva is Stuck in the 1950's   Attorney Richard I. Fine was disbarred and jailed for fourteen (14) months for exposing judicial corruption running into the millions of dollars.  When corruption starts at the top with the Chief Justice of the California Supreme Court and runs down to most recently hired court clerk, it takes courage to fight corruption in the courts, in the city council, and in the Board of Supervisors. Voters need the courage to protect those public officials who fight corruption.  Caruso forbids dissent at The Grove.  City News Service,  Judge Issues Injunction Outlining Terms for Caruso Critics' Protests.  It takes courage and money to hire a lawyer to protect free speech when Caruso is nearby.

Voting Would Be Beneficial If Voters Cherished Integrity

Most voters do not care about facts or logic.  They will eagerly vote for a charlatan who makes insane promises.  Too many yearn for toxic masculinity.  When Trump said that he could shoot someone on Fifth Avenue without losing his supporters, he was only slightly off the mark. They would more fervently love him because he shot someone or sent thugs to murder the vice president.  If we voters cherished integrity, politicians would behave better.