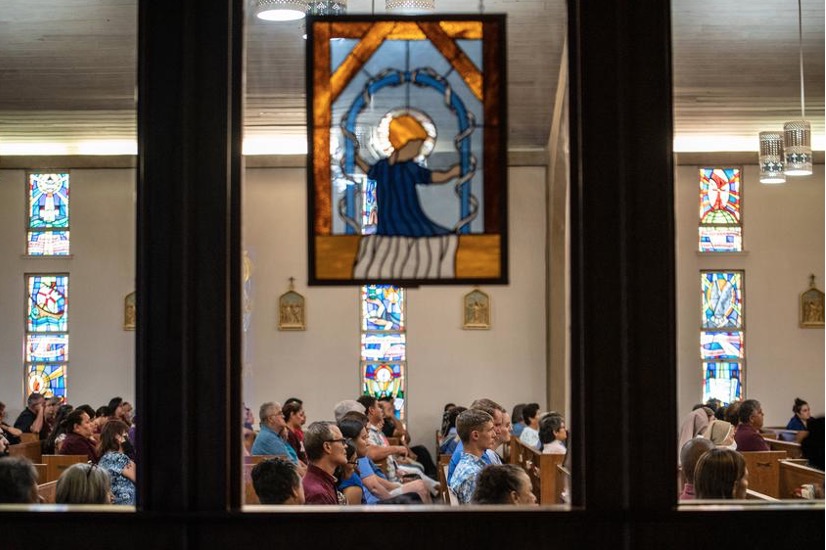 The Doctor is IN:  Let me start by proclaiming that I am a physician who supports the Second Amendment, the First Amendment, Law Enforcement, and also science over feelings with respect to public health.

Psychiatric disorders, criminal violence, and an out of control rise in deaths and shootings (among young people, especially, and both from suicides and homicides) are all public health issues.

Our two biggest problems, following the latest horror story in Texas, is that:

1) We're caught in the middle of "you need to change your perspectives, but my perspective is FINE"...even when each and every one on the "pro-gun" and "anti-gun" sides of the issue are just being hypocritical and preventing a unified course of action

2) Each and every one on the "civil rights over safety/security" and "safety/security over civil rights" sides of the issue are just being hypocritical and preventing a unified course of action.

Because the following are all true:

1) Shootings and homicides and/or suicides, be they at elementary schools or urban/minority centers in our cities, or in the workplace, are predominantly occurring at the hands of young men.

2) Mental health in our states and nation is both underfunded and overly ignorant in our approach to violence, homelessness, and lawlessness. Those guilty of a blind eye to the criminal minds among us are just as bad as those guilty to the pain and suffering of those among us.

3) AR-15s appear to be the weapon of choice of school shooters, but the psychosocially damaging factors plaguing youths appears to weaponize young men before any firearm enters their hands. Usually, it's the boys and men who do the violence--not a rebuke, just a statement of truth as much as postpartum depression affects women.

4) Guns don't jump into a shooter's hands, but the shooters can't do as much damage without a gun.

5) Closer introspection and evaluation of teenagers and young men (anyone really, but the profile of a shooter cannot be ignored) should lead to longer and more closely scrutinized gun weapons sales for certain individuals.

7) The tidal wave of slaughter and violence in our urban centers is no less fatal than what happened in Texas, Buffalo, Sandy Hook, or Parkland. Guns don't jump into shooters' hands but ignoring violence in one realm while focusing on another won't help solve the problems we have with respect to Americans' untimely and cruel deaths.

A call to action can be done with successful results, but it is of extreme concern that individuals such as President Joe Biden and Senator Ted Cruz have such prominent leadership roles in our nation at this time, and it is both concerning and tragic that we may likely not have the true leaders to solve (or at least reduce) the violent tidal wave of slaughter washing through our nation in cities both large and small.

But here's a potential action plan:

1) Extend the time period and extend the evaluation process to include social media posts, for gun sales. Just as we charge males less than 26 years of age higher automobile insurance rates, profiling isn't always a bad thing as much as it is a logical thing. Those deserving of owning a gun will get that gun.

2) Alter the gun sales protocols for AR-15s (or any other weapon of choice for mass shooters) from other classes of firearms. Those trained and able to use (or NOT use) a given firearm will get them.

4) We stopped religious violence, for the most part, over the past several years (how many fundamentalists, and particularly radicalized Islamist fundamentalists, have we seen shooting up public venues as of late?). A call to report friends, neighbors and loved ones with that "stone-faced, emotionless, threatening" profile with anonymous tips to our nation's law enforcement agencies is long overdue.

5) Charging relatives of shooters who knew of any risks or threats with being an accessory to murder is also long overdue.

6) Yes, teachers CAN be trained for conceal/carry firearms, and just because many of you reading this have no clue as to training programs promoted most loudly by the NRA doesn't mean that reality doesn't exist.

7) Stop defunding the police and start enacting laws and officers where we need them the most. Civil rights, including both the Second Amendment, are as vital to the victims' rights to live as any other consideration of rights.

8) We report potential child abuse and elder abuse to Child and Adult Protective Services--hence we have every right and obligation to report troubled young men and teenagers (females, too, of course, but let's keep it practical) to a given authority.

Finally, I won't do any more "thoughts and prayers" for the families. My thoughts and prayers go to those who were being shot, and I won't forget what they must have felt--both emotionally and physically--as they were gunned down.

We can do this...but getting over "the civil rights" of gun ownership and the privacy of individuals who are sending out signals and profiles of someone who is ready to do violence (and/or on the verge of a psychotic break) is the call to action we all need.

Because the civil rights of all Americans to stay alive, and free of fear, be it in our schools or inner cities, are paramount and granted by God for us all. Let's fix this public health problem and do so with science and reason to make it actually be solvable.