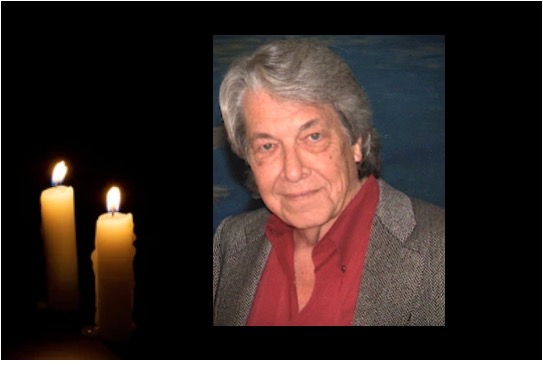 IN MEMORIAM - We have all experienced losses in the past few years.

Whether a loved one to Covid or some other disease or accident.

The loss of boyfriend or girlfriend or BFF.

The loss of a job or promotion.

The loss of our innocence as a society, first on 9-11 and then on Jan. 6 – two dates so etched in our psyches that they don’t need a year.

For a large minority of Americans, there was the loss of a national election in 2020; for women this year, the loss of the right to control our own bodies.

And, for CityWatch, the loss of Ken Draper.

Someone whose life is memorialized elsewhere on its digital pages today. A man I never met but whose presence and passion for the medium of the written word allowed, no, encouraged me to publish and grow as a writer.

For some, loss brings individual grief or sadness, for others anger.

For some, the opportunity to change their lives for the better while others get mired in their baser instincts. Most reactions are purely personal, and oft-times selfish.

Our loss of Ken is of a different magnitude.

His passing may mark the end of an era for Los Angeles, one that started with the threat of Valley secession and the emergence of the Neighborhood Council system bringing grassroots democracy to Angelenos.

An era that saw the birth and growth of CityWatch, an online publication that helped ordinary people speak truth to power – for it is read by most at City Hall, and granting anyone and everyone a voice in calling out the challenges facing Los Angeles and demanding the increased accountability and transparency of its government.

Ken will live on in the memories of those who knew him; CityWatch as a publication and concept will hopefully continue long beyond the loss of the man who helped create it.

So that Ken’s life can be forever celebrated in its purpose: To hold City Hall accountable and to encourage grass roots civic engagement.

Ken is a man who made a difference in our world but, more than that, his real legacy is the multiple generations of writers that his policies at his “paper” helped inspire.