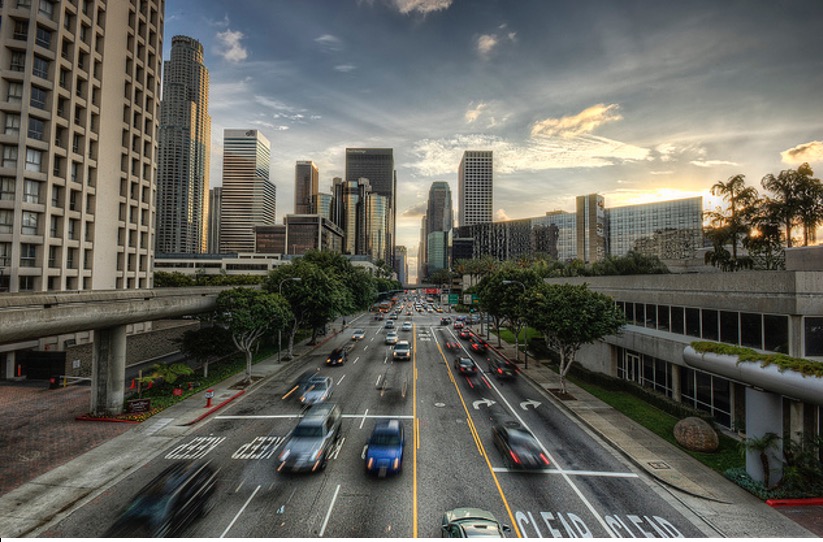 ACCORDING TO LIZ - At a time when the country is still reeling from a wave of mass shootings over the weekend, this article is about death on the streets of L.A.

For decades the City built and expanded freeways to help people get from one place in its sprawl to another more… freely.

However, California now accounts for almost half the pedestrian deaths in the country and Los Angeles County has the highest pedestrian death toll for any American county.

According to the Vision Zero Network, Vision Zero is a strategy to eliminate all traffic fatalities and severe injuries on one hand while increasing safe, healthy and equitable movement for all. It was first implemented in Sweden in 1997, where it worked well and spread across Europe.

With over 42,000 deaths annually from motor vehicles, many governments in the United States jumped on board but, few have been able to replicate the successes reported in Europe.

Across the country a new breed of city planner has tried to reverse this trend with road diets – removing lanes from streets to reduce use and slow traffic – coupled with approaches they call “Complete Streets,” “Vision Zero,” calming, “Safe Streets,” bicycle safety, and “improved” public transportation. 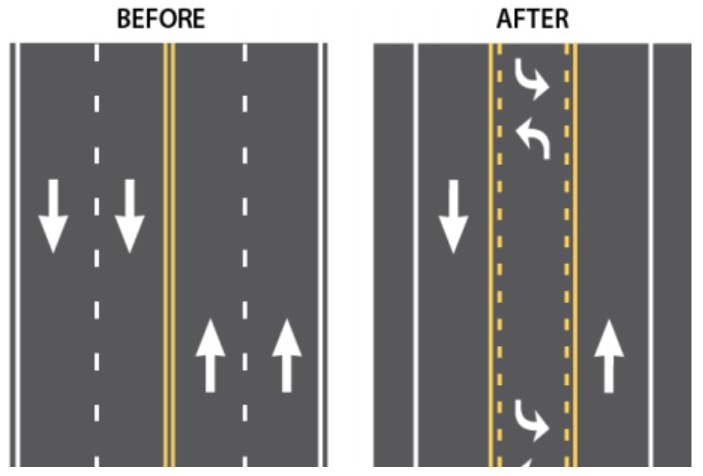 Vision Zero in Los Angeles, initiated by Garcetti in 2015 with the short term goal of reducing traffic fatalities by 20% in the first two years and eliminate all pedestrian deaths by 2025, has been a dramatic failure.

To add insult to injury, figuratively speaking, underserved communities suffer a disproportionate number of fatalities: in a UCLA study over 16% of all fatalities and over 18% pedestrians were Black even though they represent only 8.6% of the total population.

Resistance is rumbling among Angelenos.

The ramping up of road rage is a further contributing factor to accidents and fatalities. And emissions from vehicles stuck in diet-induced traffic backups have taken our air pollution to heights not seen since the 1980s.

City streets should allow people to travel to their destination with the least amount of resistance while maintaining safety for all. Roads must run freely for deliveries and the provision of services, allowing businesses to prosper and residents to enjoy their homes in safety.

Road diets were intended to slow traffic and promote walking and bicycling but, absent concrete and provable alternatives to provide the foregoing, do a disservice to us all.

As implemented in the United States, road diets have proven to be dangerous, doing the opposite of what they're supposed to – causing more accidents and fatalities, while slowing emergency responders from reaching people.

It took an ambulance and fire engine nearly four minutes to travel four blocks to where a motorcyclist lay pinned under a semi due to the Venice Boulevard road diet.

A road diet on Foothill Boulevard the in Sunland-Tujunga neighborhood during the 2017 La Tuna Fire, the biggest in Los Angeles in half a century, created a bottleneck for evacuations and blocked access by police and fire.

The Sunland-Tujunga Neighborhood Council passed a motion to return the boulevard to four lanes, two in each direction to avoid a repeat but the City ignored the request and, to add insult to injury, has added another road diet, this one to La Tuna Canyon Road which is the sole route through hilly wildfire-prone terrain.

Firefighters, paramedics, and police officers in Los Angeles and elsewhere have confirmed lane reductions, particularly so-called “road diets,” have significantly increased response times. Ask any first responder – even 30 seconds delay can mean the difference if someone lives or dies.

The Paradise fire was so deadly because three years earlier a Complete Streets road diet narrowed the main road from four lanes to two creating total gridlock when residents attempted to flee the advancing flames. The fire department called it their kill zone. Places where there have been similar lane removals are being called death traps for fires still to come.

Imposing solutions that worked in another country or even from another area of Los Angeles without addressing underlying needs and local concerns will never work in a city with so many geographically diverse neighborhoods.

The goal of getting people out of their cars is based on the theory that people can readily shift to other ways of commuting. That is just plain balderdash for Los Angeles which is an enormous, spread-out city with limited viable public transportation options.

Every road diet also exacerbates the problem of drivers cutting through side streets and residential neighborhoods, past schools and parks.

Angelenos are tired of lip-service consultation chaired by partisan hacks where they feel any comments contrary to the prevailing group-speak will be ditched.

And local engagement can’t be confined to one street to either side of the route in question. It must go at least 50% of the way to the next equivalent route, and include all feeder streets in areas where hills and rivers and freeways create natural traffic barriers.

Artificially imposing gridlock solely to slow traffic is foolhardy and can lead only to more deaths when cars try to pass jammed traffic using emergency or bicycle lanes.

The real issue is Angelenos stuck in bumper-to-bumper traffic with no way out, sucking up the smog and raising their blood pressure. Frustrating drivers does not calm them, it only increases unsafe behaviors.

Unlike Europeans, Americans tend to obsess on individual rights rather than the collective good.