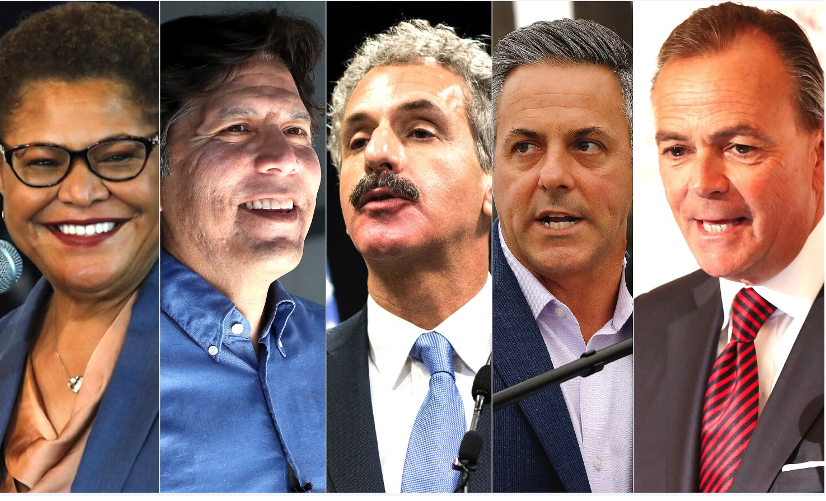 PLANNING WATCH -  Even though the local evidence for the climate crisis is overwhelming: a 12 month wildfire season, a megadrought, a water shortage, heat storms, and sea level rise -

These sins of omissions are so grievous that even the Los Angeles Times called out the candidates in a searing April 1 editorial.  Three candidates did not even mention climate issues on their websites: Karen Bass, Kevin deLeon, and Rick Caruso.  In fact, only one candidate who qualified for a major debate, Michael Feuer, offered a detailed discussion of climate change mitigation on his website.

Unasked and therefore unanswered, however, is why these mayoral candidates overlooked the IPCC climate report or the accumulating Southern California evidence for the climate crisis.  This is my explanation for their negligence:

Reason 1 – Political Opportunism:  The mayoral candidates heavily rely on their campaign consultants’ polls and focus groups to craft talking points that resonate with likely voters.   LA’s diverse voters, however, are hardly a blank slate.  Most of their views are molded by media coverage that links homelessness to street crime and policing, while downplaying the likelihood that climate change will make the planet unlivable by 2050 and the certainty that the earth will become totally uninhabitable by the end of the 21st century, 78 years from now.

In fashioning their responses to homelessness, crime, and climate change, the candidates reflect the world view of their campaign donors, the corporate and corporate-funded quasi-public news media, think tanks, and high profile pundits and academics.  In the words of Noam Chomsky, these opinion leaders manufacture consent.  For example, in response to the unsurprising discovery that likely voters want homeless people removed from view, the mayoral candidates could call for the restoration of HUD and CRA public housing programs, as well as wage increases sufficient so those recently pushed into poverty could again live in a house or apartment.  The catch?  In California employees must make $37/hour – not $15 -- to afford the average two-bedroom apartment.  Candidates who, therefore, called for raising the minimum wages by $25/hour, would rapidly lose donor support and media coverage.

This is because public opinion leaders, including major campaign contributors and mainstream media, still dominate American society.  In their blinkered universe, programs that address the housing crisis are limited to individuals whose “down on their luck” tales of woe are miraculously answered by supply-side/trickle-down economics, a legacy of the ”business-friendly” Reagan (1981-1989) and Clinton (1993-2001) presidential administrations.

As for crime, the candidates could follow the lead of Los Angeles District Attorney George Gascon and legal scholar Michelle Alexander, author of The New Jim Crow.  They both point out that if locking up 2.7 million people made Americans safer, then the United States should be the safest country because it has the world’s highest incarceration rate.  But bucking public opinion leaders motivates few people to run for office.  As a result, the mayoral candidates trip over each other in their calls to hire more cops.

Reason 2, protecting private sector business models, leads to either total silence on the climate crisis or, when pressed, vague generalities about sustainability.  Some cities and counties, like Washington State’s King County (Seattle), have, however, already prepared and adopted detailed climate change plans.  The same approach could apply to Los Angeles, but it would require major changes at City Hall that clashed with the donors’ business models.

For example, if City Hall was serious about the climate crisis, the Department of City Planning would prepare and carefully monitor a climate change element for LA’s official General Plan.  But this good deed would not allow the candidates to pretend that Mayor Garcetti’s short-lived executive document, LA’s Green New Deal, was a permanent and binding climate change plan.  Although the mayoral candidates might not know or care, the Mayor’s document has not been subject to a City Council hearing, debate, and adoption vote.  It also has never had an Environmental Impact Report, a public hearing, budget allocation, and implementing ordinance.  In short, if or when Eric Garcetti heads off to India or is termed out, his Green New Deal will be quickly archived and forgotten.

Likewise, if City Hall took the climate crisis seriously, the Department of City Planning would take the lead on revoking ordinances that increased automobile driving, a major source of the Greenhouse Gases responsible for climate change.  McMansions, too, need to go.  Likewise, up-zoning and density bonus ordinances that encouraged the demolition of older buildings to make way for expensive apartments catering to upper-income automobile drivers would be jettisoned.

As for the Los Angeles Department of Transportation (LADOT), LA’s poorly funded bicycle infrastructure would be quickly built out as an interconnected network of buffered bicycle and scooter lanes.

What about METRO?  This enormous agency would not just build and operate mass transit, but they would make sure that every transit project had full first and last mile public amenities.

Last, but hardly least is the LADWP?  Instead of creating barriers to rooftop solar, this municipal agency would take the lead on technical assistance and financial rebates so the vast untapped potential for rooftop photovoltaic cells and solar hot water heaters could finally be reached. 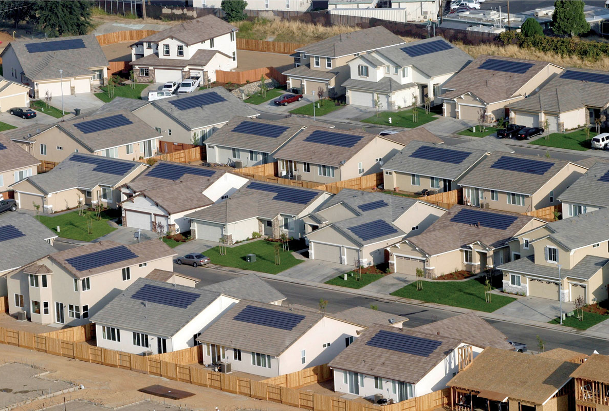 Reason 3, political ambition, is more speculative.  The policy direction from the Federal government, especially the Biden Administration, is a total about face on fossil fuels. The former supporters of the nationwide Green New Deal now call for greater fossil fuel production and consumption, with previous concerns about climate change sidelined.  Its new goals are more fracking, off-shore drilling, and inducements to Venezuela, Iran, and Saudi Arabia to increase their oil and natural gas production to replace Russian fossil fuels subject to sanctions.

The late UC Berkeley historian, Chalmers Johnson, wrote that US foreign policy, especially its endless foreign wars, lead to “blowback” and eventually to societal implosion.  If Prof. Johnson were still alive, I am sure he would pinpoint the impending blowback from the Biden administration’s bi-partisan approach to the Ukraine war: economic sanctions on Russia offset by increased fossil fuel production elsewhere.  Even though the Biden administration’s new “drill, baby, drill” policy accelerates the doomsday climate forecasts in the UN’s 2022 IPCC Climate Report,  the pundits and pols no longer worry about this “Don’t Look Up” tomorrow because they have had a whiff of restored U.S. hegemony in Europe.

While the spectrum of political thought among LA’s mayoral candidates is narrow, it faithfully represents the neocon and neo-liberal perspective on the Democratic Party’s national leadership and donor class.  Those candidates who view local office as a steppingstone to higher office realize that they need to present electability, fund-raising abilities, and ideological reliability on domestic and foreign policy.  In this case ideological reliability means a devotion to military funding and oil wars, police funding and mass incarceration, fossil fuel extraction, and either ignoring climate change altogether or giving lip service to such buzz worse as sustainability.

It looks like we are not yet ready for a 21st century rendition of “Happy Days are Here Again.”

(Dick Platkin is a former Los Angeles city planner who reports on local planning issues for CityWatchLA.  He serves on the board of United Neighborhoods for Los Angeles (UN4LA) and co-chairs the Greater Fairfax Residents Association.  Previous Planning Watch columns are available at the CityWatchLA archives.  Please send questions and corrections to [email protected] ).