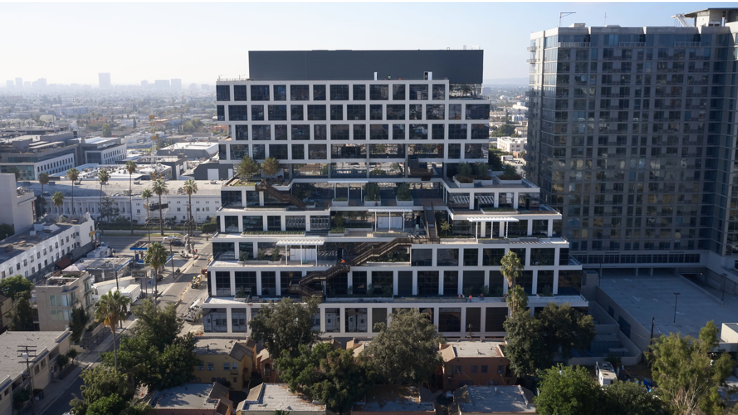 PLANNING WATCH -  If your read the LA Times or imbibe mainstream media news, you have been treated to endless stories about smash and grab robberies of up-scale stores, as well as follow-home robberies.

Even CityWatchLA joined this band wagon, publishing a story by a current Deputy City Attorney.  He came down hard on smash and grab robberies, blaming them on his elected boss, District Attorney George Gascon.  Meanwhile, only a few blocks away from several floors of DA’s offices, former LADWP General Manager, David Wright, pleaded guilty to Federal corruption charges.  In doing so he followed the same path as former LA City Councilmembers Jose Huisar and Mitchell Englander, and current Councilmember, Mark Ridley-Thomas.  Englander is already is in prison, Huisar is awaiting trial, and Ridley-Thomas has also been indicted on Federal corruption charges.

Needless to say, white collar crime is rampant, but of little concern to most prosecutors and local law enforcement agencies.  Maybe they are channeling the famous French writer, Voltaire, who 300 years ago remarked, “It is forbidden to kill; therefore, all murderers are punished unless they kill in large numbers and to the sound of trumpets.”

The situation has hardly changed since Voltaire’s time, similar to Woodie Guthrie’s Depression-era song about Pretty Boy Floyd, “Some will rob you with a six-gun, and some with a fountain pen.”  The former are prosecuted, while the latter have been elected to public office as private sector success stories.

In the third decade of the 21st Century, we have no shortage of appalling white collar crimes that evade the law.

Prominent on the laundry list of white collar crimes are stack and pack cons, a slang term for the consequences of unplanned increases in residential densities.  Assisted by State laws and local up-zoning ordinances, stack and pack projects are unmonitored and disconnected from the official planning process.  By evading adopted planning laws and regulations, the perps can quickly case a neighborhood; acquire choice residences through third parties; evict low income tenants and demolish their affordable housing; build expensive, energy-intensive in-fill McMansions and apartments on the cleared lots; and then hightail it out of Dodge with their profits before local infrastructure fails and homeless tents become too visible.  If this sounds like a scaled-up version of smash and grab robberies, you might be right, except that the haul is much larger.

The Purest of Motives: To add insult to energy, these white collar grifters adorn themselves in the purest of motives.  They claim they are building low-income housing, addressing the climate crisis, increasing transit ridership, fostering inter-generational wealth, and reversing racist housing practices.  Even though their cover stories are patently false, the mainstream media uncritically repeats them.  In fact, a close reading of recent LA Times housing articles reveals how this slanted coverage plays out in real time.  Even though 60 percent of the paper’s housing survey respondents thought the lack of affordable housing was the primary cause of homelessness, and 35 percent considered the primary cause to be low wages, the Times only offered its readers and survey respondents one choice to fix the housing crisis: up-zoning to increase residential densities.

Furthermore, the survey framed these zoning increases as homeowners upgrading their own houses, failing to mention that this construction required homeowners to demo their own house, find another place to live for several years, and then eventually move back to an apartment much smaller than their former home.  In reality, just like McMansions, fly-by-night real estate speculators are the main players in the up-zoning game. Their forte is building pricey apartments that rent for far more than the homeless, couch surfers, and rent-gouged can pay.

As a result, up-zoning leads to more expensive, private sector apartments.  It also decreases the supply of low-priced housing and increases the price of available housing.  If Angelinos tried to design a policy that made the housing crisis worse while pretending to fix it, they could not do any better than this.

But wait, the story continues because the new, over-priced apartments are also unplanned.  Increases in residential density are not tied to parallel increases in the density of public infrastructure, such as water mains, electricity grids, sewers, telecommunications, natural gas, street trees, buffered bike and scooter lanes, and sidewalks.  Likewise, increases in residential density do not include expanded public services: schools, libraries, parks, recreation programs, transit, fire, and paramedics.

One LA Times letter-writer managed to blow the whistle on this urban nightmare:

“With 60% of voters saying homelessness is worsening because incomes have not kept up with the outrageous cost of housing or because people have not received the care they need, we have to consider where these problems come from. We are living in an economy where investment is driving up the cost of everything.

Real estate investment trusts are driving up the cost of housing beyond the capacity of people to pay for it. Investment sloshes around like water in a bucket. It rushes into housing for the highest return . . .  Sooner or later the people whose income has not increased at the rate of return investors demand have to leave their homes . . .”

McDonald also listed other elected officials who received contributions from the same sources:

“The housing crisis is one of the biggest and most pressing issues facing our city.  While other cities have pushed back against their building obligations, our city has embraced this opportunity to develop one of the boldest housing plans in the nation, and we hope to not only meet, but exceed, this challenge."

Translated into accessible English, City Council President Martinez has doubled down on residential density increases, claiming their purpose is to address the housing crisis, not line the pockets of their real estate industry campaign supporters.  This should hardly be a surprise since in 2015 the LA Times reported:

“District 6 incumbent Nury Martinez is backed by an array of development and real estate interests. . . Of the more than $480,000 that Martinez and independent groups supporting her run have raised so far, campaign finance records show that $91,400 has come from real estate and construction interests.”

He who pays the piper picks the tune, including support for stack and pack housing policies that skirt the law and make the housing crisis worse, but unlike smash and grab robberies, keep a low profile.

(Dick Platkin is a former Los Angeles city planner who reports on local planning issues for CityWatchLA.  He serves on the board of United Neighborhoods for Los Angeles (UN4LA) and co-chairs the Greater Fairfax Residents Association.  Previous Planning Watch columns are available at the CityWatchLA archives.  Please send questions and corrections to [email protected].) .