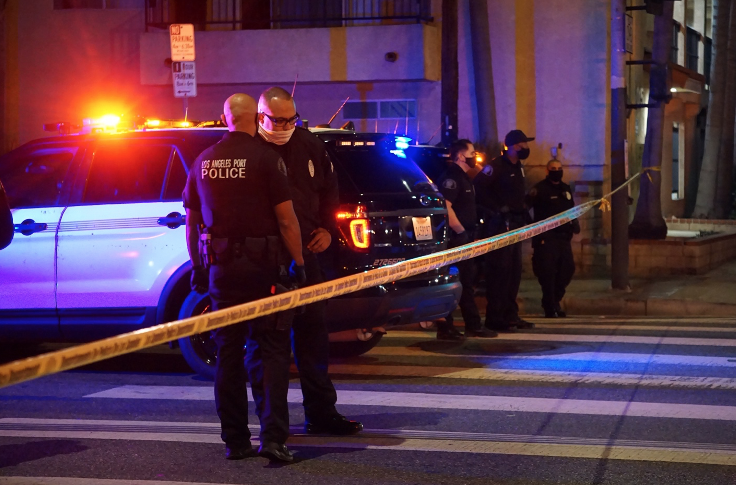 RantZ and RaveZ - Is the Los Angeles City Crime Picture as bad as reported in the local media?

You be the judge after reviewing the following verified City-Wide Statistics from the official LAPD files.

There are many factors contributing to the rising violent crime trend in Los Angeles and neighboring communities.  Whatever the reason, statistics show that you need to use caution in and around your residence and business.  Be on alert and use caution when you are at public locations.

The L.A. Mayor and City Council’s decision to Defund or Reimagine or whatever term the elected officials choose to use it all ends up reducing the LAPD budget, and with that reduction in dollars comes the reduction of LAPD Officers to a total of 9,473 personnel as of October 30, 2021.  Fewer officers results in fewer personnel in the field and fewer officers able to respond to calls for service and detectives to conduct investigations of the crimes occurring throughout the City of L.A.

LAPD advises ROBBERY VICTIMS to “Cooperate and Comply” with Robbers when being Robbed of their valuables!

Due to an increase in violent street robberies, LAPD’s Robbery Homicide Division has become aware of an ongoing crime trend of follow-home robberies.  There are reports that over 100 follow home robberies have occurred in recent months.  The suspects have been locating victims in L.A. then following them to their destination and robbing them when they arrive at their home or business.  Some of the crimes have been captured on security video and shown during the evening news broadcasts.

Victims have been followed from Melrose, the Jewelry District, nightclubs and high-end restaurants.  The target has been expensive jewelry, expensive purses and people driving expensive cars.  It is much wiser to hide your expensive wares then to become a robbery victim and get injured.

One person who is not caving into the robbers that have victimized many residents is County Sheriff Alex Villanueva.  The Sheriff has been and continues to issue CCW Gun permits for personal protection when a Los Angeles County resident has a clean record and is of good character.  California State Law permits the Sheriff of a County and the Chief of Police to issue a CCW Permit.  The Police Chief in Los Angeles does not have a good record of approving applications for CCW’s in L.A.  In reality, the chances of obtaining a CCW while living in L.A. from the LAPD are slim to none.

If you are interested in applying for a CCW from the Los Angeles County Sheriff, go to LASD.ORG and scroll down to the CCW area.  The application can be completed on - line.

For those who don’t support the 2nd Amendment, I encourage you to meet with a recent robbery victim and let them explain how they felt when they were Robbed while walking down the street or returning home from and evening out.  The victim may open your eyes to the reality of increasing crime on L.A streets and how one can protect themselves and their loved ones from becoming the next violent crime victim.  I know from personal experience how it feels to be the victim of an attempted robbery and car theft.  While the memory fades, it is a constant reminder of how dangerous living in Los Angeles can really be.

While the L.A. District Attorney lets criminals run free throughout the County, the campaign to Recall George Gascón continues the reset.

The community advocates for public safety are continuing to advance the Recall Campaign against the District Attorney.  Due to internal issues, the initial Recall campaign was terminated and has been reset with a dedicated group of crime victims and others concerned with public safety in Los Angeles County.  You will see a new Recall George Gascón campaign after the first of the year.  I encourage you to get involved if you care about your safety and that of L.A. County.

Happy Thanksgiving to you and your Family.  May this Holiday Season bring you Good Health, Peace and Happiness….

(Dennis P.  Zine is the author of RantZ and RaveZ.  The column runs twice a month to bring you a view of the ups and downs in and around Los Angeles from a combined 54 years of law enforcement and 14 years of elected public official’s perspective.)