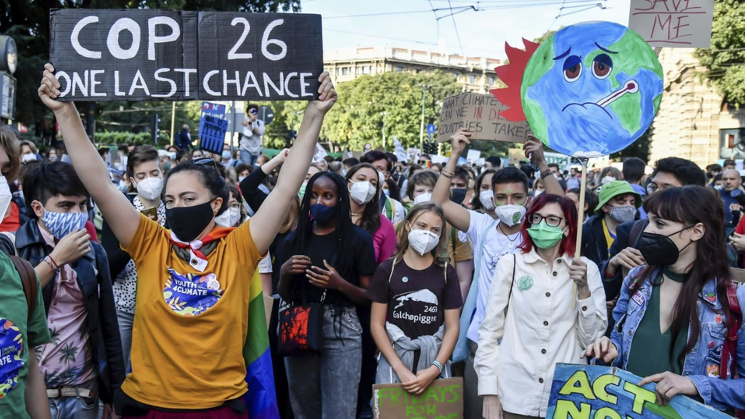 PLANNING WATCH - If you can pull yourself away from the daily concerns of many Angelenos, such as traffic jams and Amazon package thieves, you might have heard that life as we know it is at the brink because of a rapidly changing climate.

Greenhouse Gases (GHG) levels have breached another record, 413.4 Parts Per Million (PPM), which explains why the climate crisis is getting steadily worse, not better.  This message has been made abundantly clear at the UN COP26 climate conference now underway in Glasgow, Scotland.

For example, in a recent Los Angeles Times broadside “On the Climate Crisis, Delay has become the New Form of Denial,” distinguished climate scientist Michael Mann wrote that the COP26 climate change handwriting is on-the-wall, but it has failed to move public officials from inconsequential adaptation to mitigation.

We’ve become all too familiar with the lexicon employed in its service of delay:  adaptation, resilience, geoengineering, and carbon capture. These words offer the soothing promise of action, but all fail to address the scale of the problem. Adaptation and resilience are important. We must cope with the detrimental effects of climate change that are already baked in — coastal inundation and worse droughts, floods, and other dangerous weather events. But if we fail to substantially reduce carbon emissions and stem the warming of the planet, we will exceed our collective adaptive capacity as a civilization.

Even US President Joe Biden, offered a similar message to the COP26 conference, including the 120 world leaders in attendance, despite his contradictory call for increased fossil fuel extraction.

We’ve set ambitious goals of reducing U.S. greenhouse gases emissions by 50 to 52 percent below 2005 levels by 2030.  That’s a goal in line with limiting global warming to 1.5 degrees Celsius.  But the math only works if every country does its part . . . Every major economy needs to enhance its Paris targets . . . to a level that will keep our goal within reach.

Despite these and other ominous climate warnings flooding the print and electronic media, we need to ask if LA’s City Hall received any COP26 climate memos?  Have they dramatically upped their efforts to mitigate climate change, or have other concerns, such as rolling out the red carpet for real estate speculators, monopolizing their attention?

So far, this is what they have NOT done:

This is what else they should do.  Many nearby cities have adopted climate change mitigation programs that LA’s officials could quickly copy: 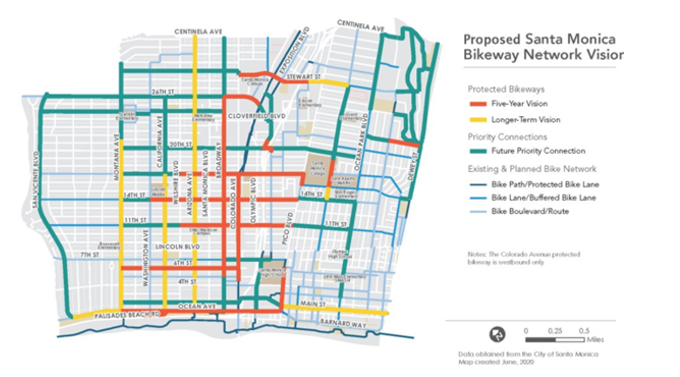 In contrast to these cities, one example demonstrates how blasé Los Angeles officials are over climate change mitigation efforts.  Mid-city residents have frequently requested that METRO include full first-last mile improvements for the Purple Line extension under construction on the Wilshire Boulevard corridor.  After several years of button-holing, METRO prepared an excellent first-last mile plan for the subway’s Miracle Mile section.  This plan, however, remains unfunded, even though METRO is shelling out nearly a billion dollars per mile to build the subway.  As for Los Angeles, City Hall is not willing to fund or install any of METRO’s first-last mile proposals, despite their obvious climate benefits.

In LA this lack of climate change planning and implementation is part of a larger problem, neglect of the city’s decaying infrastructure and public services.  These systems regularly fail because of wear-and-tear, natural disasters (major earthquakes), and unplanned construction.  Obvious examples are car-oriented McMansions that replace bulldozed homes and energy-intensive luxury apartment buildings built where older commercial buildings met the wrecking ball.

This is one consequence of sacrificing LA’s planning process on the alter or real estate speculation, rather than quality of life issues attuned to the climate crisis, including well maintained public services and infrastructure.  What we already experience as a 50 year old Infrastructure Plan, pot-holed streets, buckled sidewalks, and a hodge-podge of different tree species on otherwise barren streets, will eventually usher in in a dystopian urban future.

What are the likely consequences?  According to Annalee Newitz, writing on climate change and cites in The Atlantic:

Slow-motion catastrophes, a combination of natural disasters and political indifference . . . stand as a warning to many cities in the U.S.  Without a coherent response from local government, cities lashed by climate change will gradually lose their populations.

Unfortunately, Los Angeles has no shortage of natural disasters, political indifference, and population loss, even when the climate handwriting is on the wall.  While City Hall hopefully corrects its previous mistakes, public officials and the City’s staff must also make sure that new plans, ordinances, and regulations are dedicated to climate change mitigation, not maximizing the profits of the real estate speculators who make LA’s City Hall their second home.

(Dick Platkin is a former Los Angeles city planner who reports on local planning issues for CityWatchLA.  He serves on the board of United Neighborhoods for Los Angeles (UN4LA) and co-chairs the new Greater Fairfax Residents Association.  Previous Planning Watch columns are available at the CityWatchLA archives.  Please send questions and corrections to [email protected] ).