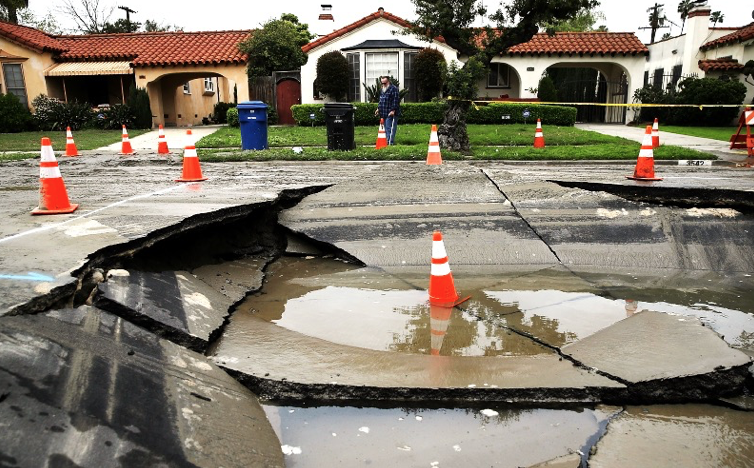 PLANNING WATCH-If you live, work in, or visit LA, you know that the city’s sidewalks desperately need repairs,

the streets are riddled with pot holes and patches, street trees are dying, protected bike lanes barely exist, water mains are bursting, and the electrical/telecommunications grid suffers from unpredictable blackouts.

An ounce of good news. Because of the lull in traffic during the Covid-19 Pandemic shelter-in-place Executive Orders, the City of LA’s Bureau of Street Services has ramped up its street and sidewalk repair schedules. As for other City Departments that maintain infrastructure, such as the LADWP, they have also committed to maintain LA’s water and electrical infrastructure while Angelinos are forced to shelter in place.

A ton of bad news. Like the country as a whole, during the Pandemic LA is still falling apart, and the situation is getting worse, not better, even before certain natural disasters, including earthquakes and windstorms.

At the national level, the American Society of Civil Engineers has given most infrastructure categories a D+ grade. These repairs would cost $3.6 trillion in 2020 dollars, although the price will steadily rise as the Federal and local governments, like LA, kick the can down the street, deferring essential infrastructure investments and repairs from year to year.

Furthermore, state and local revenues are in steep decline, but states and cities do not have the power to borrow money to cover these sudden deficits, much less ramp up public works investments.  Only the Federal Government has that authority, and most of its borrowed stimulus funds are directed to large banks and private businesses, not workers and local government. 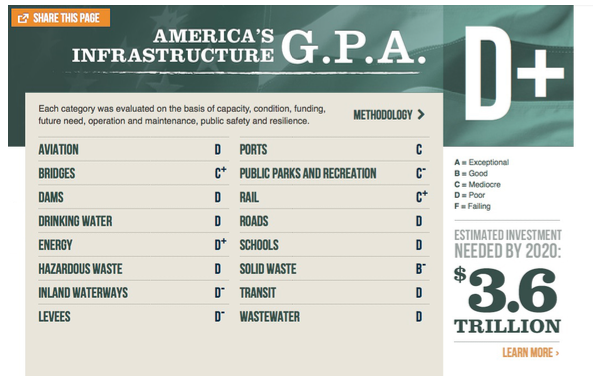 In Los Angeles there is a shortage of upbeat news regarding infrastructure planning and investment. First, Los Angeles Mayor Eric Garcetti has slapped a hiring freeze and employee furloughs on the City’s civilian workforce. Many of those who are most needed to repair the city’s infrastructure and staff City services must now take unpaid time off.

GROWTH MONITORING:  After the Framework Element is adopted, the City will establish a growth monitoring program . . . This monitoring program will annually document what has actually happened to the City's population levels, housing construction, employment levels, and the availability of public infrastructure and public services . . .

Infrastructure data will be developed from a cooperative effort among the City departments responsible for infrastructure and public services. State and regional agencies, such as the Los Angeles Unified School District and the Metropolitan Transportation Authority (which) are important to complete the annual review of the City's growth and infrastructure.

In further detail, the Framework Element’s Chapter 10 presents 70 policies that apply to LA’s infrastructure and public services, two of which expressly address a monitoring program. Like the many reports that anticipated the Covid-19 Pandemic and presented a detailed methodology to limit its damage, the General Plan Framework took the same approach to the City infrastructure and services, but met the same “What, me worry?” reaction at City Hall. The Framework’s Policies 42 and 43 -- abridged below – could have averted LA’s infrastructure crisis, had they been followed, not ignored.

P43 Prepare an Annual Report on Growth and Infrastructure based on the results of the Monitoring Program, which will be published at the end of each fiscal year . . . This report is intended to provide City staff, the City Council, and service providers with information that can facilitate the programming and funding of capital improvements and services . . . Information shall be documented by relevant geographic boundaries, such as service areas, Community Plan Areas, or City Council Districts.

At this point, many questions remain, and I will tackle two of the most critical ones.

Why has the City of LA been so negligent in monitoring its infrastructure and public services? Monitoring is essential to the legally required planning process. But LA’s planning process is at odds with a City government beholden to ever-changing private market opportunities. The availability of capital, the latest whims of investors and consumers, and the regulatory environment cannot be accurately predicted. Instead, investors and contractors make hasty decisions to rush into the latest and most profitable real estate investments, such as McMansions. City Hall mirrors these twists and turns, and, is, therefore, at odds with its own adopted plans and policies. If it did follow them, they would not lurch from side to side when market conditions quickly changed, despite the sometimes dire consequences. 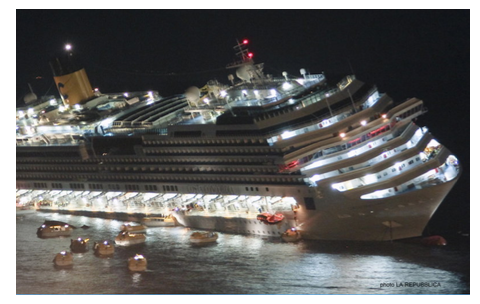 What should the City do now? Even though the Framework’s infrastructure policies and programs are 24 years old, they remain sound. The City Council must finally fund and establish the long-promised Infrastructure Monitoring Unit to prepare LA’s annual Growth and Infrastructure Monitoring Reports. After that the Council needs to carefully review and act on these findings and recommendations. The Covid-19 Pandemic is the perfect time to take these steps, to recognize the importance of public works spending during a financial crisis, to prioritize those projects that are most essential, and to prioritize those infrastructure categories subject to lawsuits and climate change.

(Dick Platkin is a former Los Angeles city planner who reports on local planning issues for CityWatch. He serves on the board of United Neighborhoods for Los Angeles (UN4LA) and is co-chair of the new Greater Fairfax Residents Association. Please send comments and corrections to [email protected].) Prepped for CityWatch by Linda Abrams.