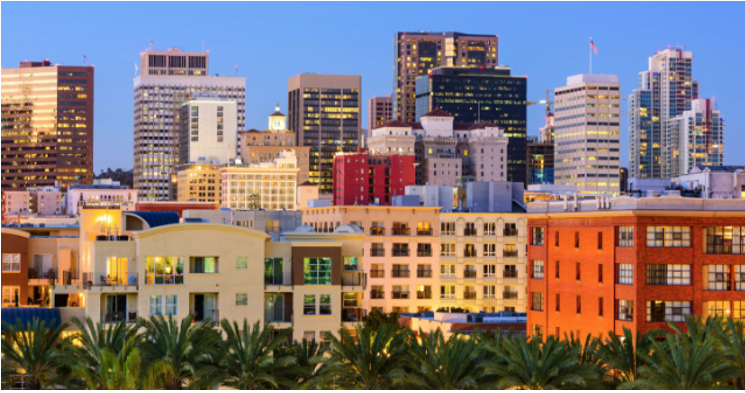 THE VIEW FROM HERE - Before 1430 CE, China had constructed the world’s greatest seafaring fleet with a reported 3,500 ships. Today’s US Navy has less than 500 ships.

China itself destroyed its huge fleet, and in 1430 it burned the records of the seafaring expeditions of Zheng He, Admiral of the Fleet.   Within the next 60 years, the government destroyed the entire fleet and entered a period of isolation and poverty.  At roughly the same time, Europe’s merchant class was ascending as shown by Ferdinand’s and Isabella’s financing Columbus voyage in 1492.  By the way. Columbus’ Santa Maria was only 63 feet long, while some of Zheng He’s ships were close to 400 feet long.

Lord Acton was 457 years away from writing, “Power tends to corrupt and absolute power corrupts absolutely.” He could have added, “Corruption destroys.”  In order for China’s elite to hold power in the face of China’s rising merchant class which was dependent upon the fleet for its growing wealth, China’s government destroyed the merchant class ships.  Some men prefer to be king of a dung heap rather than live half-up a mountain of vast riches.  All that matters to them is that are at the top.

By 1588, Spain suffered the same fate, i.e., an arrogant self-centered elite thought it knew all the answers.  Spanish King Philip II appointed an inexperienced dandy, Duke of Medina Sidonia, to command the Spanish Armada to invade England.  Throughout history, one finds power concentrated in a self-centered elite, while ignoring the lesson of Book of Proverbs, 16:18, “Pride goeth before destruction, and a haughty spirit before a fall.”  The same observation can be made of Hillary Clinton who called millions of White blue collar voters in the Rust Belt “A Basket of Deplorables” shortly before she held her pre-election coronation gala.

A self-centered elite’s inability to foresee its downfall is called the Cassandra Syndrome, after the daughter of Troy’s King Priam, who refused to believe his daughter’s warning of imminent destruction.  The same is true for Los Angeles.  The question is not if, but when.  In fact, the rot has set in and is visible throughout the city, yet everyone ignores reality.  The city is ruled by tiny cadre of self-absorbed billionaires whose sole focus is on their own self-aggrandizement.

As they destroy the homes of the poor and as Los Angeles’s GINI Coefficient becomes the worst of any urban US area, the wealthy become richer and call it progress. They even have an on-line magazine, LA Progressive, to peddle their tripe to the gullible.  One could say that Los Angeles has become a gigantic real estate Ponzi Scheme run by Wall Street.

The gist of the scam is simple. Densify as much of the LA Basin as possible, step one being destruction of low income producing rent controlled apartments.  For Wall Street, high rents are indispensable as rents are how landlord pays their mortgages. The higher the rents, the more the projects are worth.

The Fraud of Measures HHH and JJJ

One aspect of Wall Street’s real estate scams was to trick a gullible populace into approving Measures HHH and JJJ to solve the Homeless Crisis.  Not only had the city council unanimously approved the mass destruction of poor people’s homes, thereby knowingly manufacturing the Homeless Crisis, but it also had made certain the homeless had no sanitary facilities so that feces and trash would over flow the encampments. While dispossessing the poor was based on the principle to Buy Low and Sell High, the city needed its homelessness to be highly visible in order to intimidate homeowners. Otherwise, voters would leave the homeless to die in Skid Row.

The city council’s mafiazation of apartment and commercial trash hauling resulted in helpful optics to stampede the public into tax themselves.

August 10, 2017, City Watch, Is ‘Mafiazation’ of Trash Hauling Coming to LA?   In rebellion against the unconscionable trash collection increases on DTLA businesses, many began to dump their trash near homeless encampments.  Naturally, the LA Times rushed to take photos of the trash, the filth, the rats and the homeless people, but it did not question how the homeless all of a sudden produced so much trash.  The public was subjected to a coordinated election campaign to vote for $1.2 Billion in bonds to allegedly build homes for the homeless.  The spreading of homeless encampments along the freeways and into the Valley was also helpful to the HHH and JJJ campaigns.  Homeowners won’t spend money to save destitute victims of the city’s densification as long as the diseased and dying were limited to Skid Row.  When the homeless started fires which burned the homes of the rich and famous in Bel Air, the voters saw an emergency.

Measure HHH and JJJ were a fraud which the federal Ninth Circuit decimated in its Sunnyslope case from Arizona.   January 15, 2018, CityWatch, Will Sunnyslope Bankruptcy Case Put the Brakes on LA’s Affordable Housing? The scam was simple.  Cities give developers millions of dollars to add “affordable housing” to their projects.  “Affordable” means that the apartments must be rented at below market rate to poor people.  In LA, up to 35% of a project could be classified as “affordable.”  It was all a con.

After the city gives millions to the developer on the ruse there will be 35% affordable units, the developer’s LLC or LLP declares bankruptcy so that it does not have to repay the city.  Next, a kindly bankruptcy judge says that the project cannot come out of bankruptcy with the affordable housing requirement. Thus, like Merlin the Magician, the judge transforms all the units into market rate units.  The result is that the developer has been subsidized to construct only market rate units with none for the poor. Not only do the developers skip out on the city’s loans, but the LLC and LLP participants take a paper loss to reduce their taxes. Meanwhile, the taxpayers have to repay the $1.2 Billion which costs them $2.2 Billion.

How Can Los Angeles Recover from Twenty Years of Garcettism?

The architect of our collective misfortune is dapper Eric Garcetti. His record has been one of accelerated decline and disaster.  Per the 2000 US census, when Garcetti was elected Hollywood’s CD 13 councilmember, CD 13 had 210,824 ppl. In ten years, his densification mania had reduced the population to only 198,228 which was too few people to constitute a legal council district.  Thus, CD 13 took potions of CD 4 and KoreaTown.  By 2020, under Garcetti’s mini-me, Mitch O’Farrell, CD 13 population fell by another 12,500 ppl, LA traffic congestion became the worst in the world, and Hollywood’s Homeless Crisis was as bad as Skid Row’s.

After the fleet’s destruction, the power of China’s elite grew, while China became poorer. Likewise, as Wall Street gets fat from the densification of Los Angeles, Angelenos’ quality of life sinks.  Suppose Los Angeles had devoted the last twenty years to making the quality of life of Angelenos better rather than devising new schemes to make Wall Street wealthier.