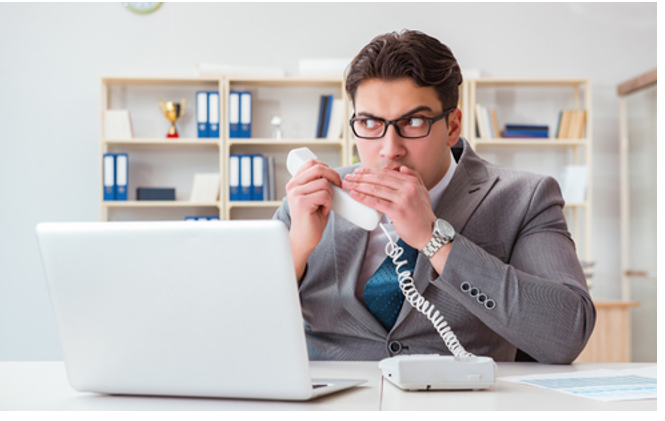 Nevertheless, the Department of City Planning, the City Council, and the Los Angeles Times regularly contend that Los Angeles can cure its multiple housing problems – rent-gouging, overcrowding, living in cars, and homelessness -- by deregulating the city’s zoning laws and privatizing low-cost public housing.  These top-down giveaways to investors are supposed to encourage them to build more private sector housing.  This induced boom of market-rate housing would then reduce rents through “supply and demand” and filtering. But in Los Angeles these claims are fact free. In fact, I have frequently asked readers to identify sites where the construction of market rate apartments has created low priced apartments for the homeless, rent-gouged, and overcrowded. So far no one has sent me an address that checked out.

Meanwhile back in La-La Land, the LA Times opines, “. . .Local zoning in too many cities severely restricts sites for denser housing, including apartments and townhomes.” This is how LA’s paper of record recycles the ridiculous claim that homelessness mostly results from a housing shortage, not the defunding of public housing programs and a money shortage among those priced out of housing.

This is the same message that LA’s Department of City Planning has presented in its draft Housing Element and Community Plan webinars. While the term up-zoning does not appear in these outreach materials, the concept is widespread through the obfuscating  term “rezoning” and its equivalents. For example, the draft Housing Element’s Program 121 calls for rezoning, additional zoning capacity, and zoning code amendments to avoid the word up-zoning.

“Program 121: The Rezoning Program is anticipated to be implemented through a number of work  efforts, including updates to up to16 Community Plans (four West LA plans and six SE/SW Valley plans, two Downtown plans, Boyle Heights, Hollywood, Harbor-Gateway and Wilmington), two Specific Plans (CASP and Slauson TNP), as well as at least one citywide ordinance that will create additional zoning capacity through an expansion of affordable housing incentive programs (See Program 48) or other zoning code amendments.”

Five Problems: There are at least five major problems with the LA Times and City Planning’s up-zoning (deregulation) and density bonus (privatization) solutions to the housing crisis. In combination, they make the housing crisis worse, not better.

First, single family zoning no longer exists in Los Angeles. Homeowners can legally build a separate, market rate 1200 square foot Senior Accessory Dwelling Unit (ADU) in their backyard. These are stand-alone second houses, and their only code constraint is the location of power lines. Property owners can also incorporate a separate 500 square foot Junior Accessory Dwelling Unit into their primary house and roll a small house on wheels into their backyard. Together, this means that four separate dwelling units are legally permitted on lots that were previously limited to one house.

Second, Los Angeles does not have a shortage of zoning that automatically permits apartments. In Los Angeles every commercial zone and three manufacturing zones permit R-3 and R-4 apartments. As a result, the buildout of LA’s existing zoning would expand LA’s population from 3.9 to 7.2 million people.  If ADU’s and routine density bonus add-ons are then factored in, LA’s by-right zoning buildout population would reach 9 million people, more than twice the current population. Furthermore, LA’s Transit Oriented Guidelines allow residential developers to voluntarily double a building’s size (FAR) and density, and also reduce on-site parking. These density bonuses are granted through an administrative (ministerial) sign-off by LA’s Department of City Planning. No nearby property owners or residents ever receive a notice.  As for public hearings, decision-making meetings, and appeals to challenge these projects, they no longer exist. Furthermore, developers can also request more height for a project, knowing that these discretionary zoning waivers will be routinely approved.

Third, unlike houses, there is no lack of rental housing in LA. For Rent signs are on display at apartment buildings across Los Angeles, as well as in nearby cities. Even though there are at least 25,000 vacant apartments in LA, they will never house the homeless because the homeless cannot afford their rents. Even though LA’s official minimum wage is $15/hour, a renter needs to earn $37/hour to afford a typical two-bedroom apartment in LA. To buy a basic house, an Angelino needs an annual salary of $127,000 ($61/hour), according to Curbed LA.

Fourth, supply and demand does not apply to LA’s housing market. Not only is the city’s housing market segmented into separate markets for houses and apartments, but also for expensive, mid-level, and low-income housing. In LA there is no evidence that building expensive homes or apartments somehow creates low-priced apartments. This is because “supply and demand” only works when investors earn an acceptable rate of profit. Private investors will not plunk money into unprofitable ventures, such as building and operating low-priced apartments. This is why the end of HUD non-market public housing programs has made the housing crisis much worse, despite a boom in the construction of market-rate and luxury housing in Los Angeles and other cities. Furthermore, in Los Angeles developers have demolished at least 27,000 rent stabilized housing units  -- dislocating their residents – to create building pads for their new market rate apartments.

Fifth, up-zoning rarely produces affordable housing. Up-zoning increases property values, a great windfall for developers and property owners, that also raises the cost of in-fill housing. Based on current trends, market-rate houses quickly sell, while apartments have persistently high vacancy rates. While landlords often offer prospective tenants such teasers as a free month’s rate, they do not reduce rents so the homeless could afford to live in vacant units. As a result, the amount of new market housing steadily increases, as does the number of homeless people and homeless encampments, plotted on this map. 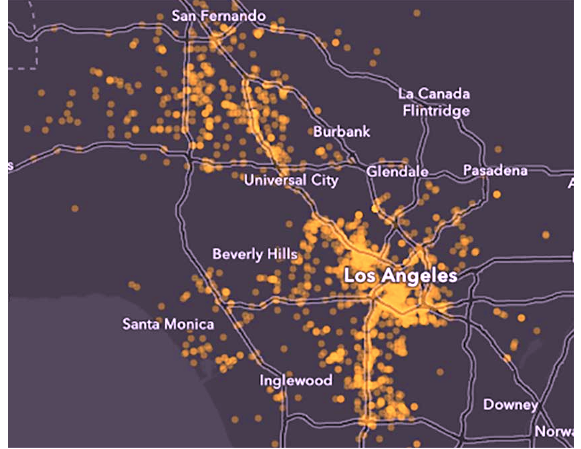 There is no mystery to explain the gap between vacant housing and those who need a place to live. The Vacancy Report’s explanation rings totally true.

Why then are developers building expensive housing when there is a massive unmet demand for low-priced affordable housing in Los Angeles? The answer is that real estate investors know they get the highest rate of return from market rate apartments built in neighborhoods near employment, recreation, and shopping venues. This is why real estate investors and their lobbyists propose up-zoning in these preferred neighborhoods, which allows them to flip their more valuable properties or build luxury housing.  The culprit is their business model. Like all investors, they want to maximize their profits, which means avoiding money-losing, low-priced housing projects. This also explains why they lobby for up-zoning and related zoning giveaways through discretionary approvals, the Housing Element, and Community Plan Updates.

(Dick Platkin is a former Los Angeles city planner who reports on local planning issues for CityWatch.  He serves on the board of United Neighborhoods for Los Angeles (UN4LA) and co-chairs the new Greater Fairfax Residents Association.  Previous Planning Watch columns are available at the CityWatchLA archives.  Please send questions and corrections to [email protected].) Prepped for CityWatch by Linda Abrams.