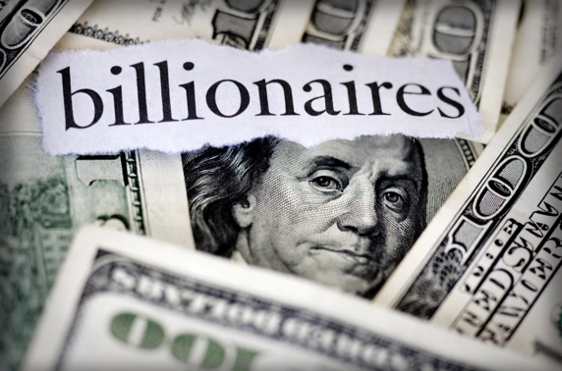 COMMENTARY - We all have needs that have to be fulfilled, first to survive and then to achieve some degree of that ephemeral state known as happiness.

In Maslow’s hierarchy of needs, the base consists of the physiological elements of air, food, shelter, and sleep without which humans can’t survive. Next is security and safety including good health, followed by relationships and love aka a sense of belonging.

Above these lie self-esteem and self-actualization. Although over the years, the overt pursuit of the latter has taken quite a hit, especially in quirky California.

Esteem is a legitimate need but one that is now driving the destruction of our society and our planet. There is no planet B has entered popular culture as a call to action to rework human priorities to reverse this dystopian trend.

Esteem includes status, recognition, self-respect, strength, and freedom. But what happens when there is no cap on achieving this? When the drive for a few individuals’ esteem becomes a cancer on society as a whole?

How much money does one man need?  And most of the multi-billionaires are men – Elon Musk, Bill Gates, Jeff Bezos, Mark Zuckerberg – who made their own money.

Many of the next tier, the multi-millionaires, run corporations with the sole purpose to make money for the shareholders not goods for the people, and if that comes at the cost of increasing inequity and planet-busting practices – they still get rewarded.

If they break our laws to make more money, the only maxim is – don’t get caught. Or to have enough politicians in their pockets to bury both corporate transgressions and private peccadillos.

What can these people spend this money on? Luxury items and luxury travel, both of which exponentially contribute to the overheating of our planet. And not spending, stashing their loot in overseas tax havens, drains this wealth out of the American economy.

If we are talking how much food is enough, there are the added issues of quality and waste. One in seven adult Americans now suffers from diabetes. The FDA estimates 30 to 40 percent of food that makes it to grocery store shelves ends up in the dump, a squandering not only nourishment for our hungry but also the energy, labor and water used to produce it.

And while it is essential for all of us to have some food, there is a reason that the caricature of a successful American is the fat white guy dressed in black as seen in Monopoly. And think of the name of the game – when there is a monopoly how many people suffer for the success of one?

To satisfy the demands of the rich, this country expends huge amounts of energy, devastating our country, polluting our air and water, and magnifying climate change.

To make more profits, non-sustainable practices in agriculture, in forestry, in construction, and in the production of consumer goods are de rigueur for the Wall Street golden boys.

The use of cheap and sometimes toxic materials and methods, and lack of maintenance lead to fatal fires and collapsing condos.

And then there is the American legal system under which the wealthy create tax-shelters and strong-arm (aka lobby) the government for more tax breaks.

It also enables profit-oriented executives to declare bankruptcy for failing companies and those that are caught in flagrante delicto so that we, the taxpayers, get to pay for pension losses, for the remediation of land soaked by oil-spills and for lakes polluted with agricultural waste.

It’s we-the-people who suffer when our communities are contaminated by factories and poisoned by overflowing tailing ponds and our rivers bubble from fertilizer overuse.

While the uber-rich and their legal beagles have the wherewithal to buy their way out of any challenge of their economic sovereignty.

Then there is the garbage our consumerist-driven society spawns, the piles of disposables we can no longer ship to third-world nations, the methane-producing food waste that further heats up our atmosphere, the detritus of buildings torn down to put up new ones just as cheaply and which will be as poorly maintained so that they will need to be replaced in a few decades to increase the profits for those billionaires.

The whole world needs to downsize and learn to live within our planet’s means.

Give me a cabin in the woods by a Walden Pond.

And perhaps internet I can access from my solar-powered computer so I may continue to write and publish on CityWatch. . .