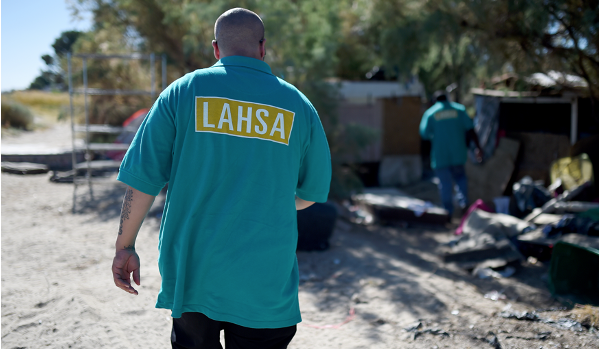 THE CITY-How is this possible? It's all about real estate prices and engagement.

John Noguez, a democratic party faithful county assessor had participated in a scheme in which he would accept bribes to illegally lower the values of properties across greater LA County so that Ramin Salari’s clients could pay less in taxes.

Some refunds reached into six figures, according to court records. The charges were refiled in 2020, but so far justice has been slow to extra slow.

Among the properties that received the reductions: The site of the shuttered Old Spaghetti Factory in Hollywood, a grocery store in Torrance and a seven-bedroom mansion in Bel-Air, according to court documents. Owners of parcels in Santa Monica, Hermosa Beach and Beverly Hills also benefited from the breaks. The LA Times frequently forgets to mention that properties in the Marina were also involved.

The window of time that the incompetent LA county prosecutors were working with was discreet, and I remember looking right outside that window to see that Harvey Englander, who works with Matt Knabe, the son of former Supervisor Don Knabe, as a lobbyist, made some moves to his residential property taxes. Like, he lowered them to a fraction of what his neighbor, Jay Leno, seemed to be paying.

The response to the scandal from the county was swift. Don Knabe wrote an ordinance to make illegal consulting illegal. . .and a strategy of churn and legal burn was adopted. The case is still floating around in litigation.

Had the properties in the Marina been featured, the entire board of supervisors would very likely have been arrested.

If that had occurred, they would have had to attend board meetings and presumably cut ribbons. . . via computer from an undisclosed location, with no camera coverage of their smiling faces.

Oh, wait,  that's how they did it on Tuesday, voluntarily.

Jim Newton told the LA Times about Sheriff Villanueva, without a challenger. . .”Whether Villanueva is vulnerable depends in huge measure on who runs against him. Without a credible opponent, none of this really matters.”

The board withdrew its famous "Established priorities" document until further notice. In professional parlance that's called kicking the can down the road.

We'll keep an eye on it, as it appears that the board may be at something of a crossroads. Down, O'Farrell!

Despite Sheila Kuehl acting in good faith as the county's head cheerleader with pom poms, the optics on the vote over Item 27 about LAHSA rescue, as Holly Mitchell put it, "This is the one step to talk about and amplify the role the city and the county can play more closely aligned in a collaborative way to bring our individual resources to the table to assist those in need. That's the goal of the motion."

Celia Zavala, E.O.:  Item 27 is before you, Supervisor Mitchell.

The board also had 95 other items on its agenda, but item 40 alone contained 170 separate lease agreements, one of which involves the Lakewood Golf Course managed by American Golf Corporation for the Knabes, sorry the County Parks and Rec.

When it arose a couple years ago, a critic's head popped off when he noticed that the children of DCFS were being charged to park by American Golf Corporation.

Sachi Hamai, who is rep'd by Skip Miller it seems, agreed that the optics on American Golf charging the county's DCFS budget for supplemental parking in the county's course lot, were not good, so she reversed it.

The kids and their families whose lives are being systematically impacted by DCFS can now park in the supplemental lot and hike in for the meddling and disruptions, for free.

That was back when there was a regular public comment period and constituent busy bodies could spread the sunshine and dry up some of the. . .pain.

That was then, this is now:

Why is the board allowed to mash together so many items and votes that it's impossible for the public to have any meaningful input?

In any large bureaucracy there can be dangerous gaps between vision and execution, and the Los Angeles County is as large as bureaucracies come.

The rules and regulations must be made simpler, and we need to work on how the social environment in which we make decisions can be “nudged” in ways that help us to make more rational, sensible choices.

The LA Times editorial board says the County has a very short attention span, "allowing its leaders to believe they have accomplished things that they have merely discussed."

We agree on that. But on Camp Kilpatrick, that cost $54 million dollars to renovate, the history bears repeating. In the fall of 2013, the Federal authorities forced the Probation department to essentially, divert "from probation camps as dictated by the U.S. Department of Justice, which is overseeing reforms there."

So, sorry to bother you on a Friday, we hope that you are enjoying your trip (if you are on one) but subsequent to my comments at LACMTA a couple weeks ago about the 10,000 smart boots since August during a homeless crisis, evidently nothing has changed.  Well, one thing has changed--Vivienne Swanigan needs a quick reprimand.

Please offer some times to meet and confer about your so called. . . "Temple of Democracy":

1) -- Julie Ciardullo and Ana Guerrero of your office have routinely failed to provide the document that requires the Mayor to notice the Council President or whomever might be taking over for him during his out of state campaigning, until it is water under the bridge. (I.e., after delaying inexplicably as if it is hard to share or post this information.) I've requested to be added to you updates but all those entreaties have stalled.

Also, David E. Harrison, bless his adorable little heart, has been trying, but so far been unable  to get Jeffrey Millman or Bill Carrick to cooperate by providing answers to the "who has been paying and how much" for your travel. As you know, this is not tolerable as Angelenos believe that you are running, quite aggressively, for higher office.

2) -- while you have been away, the City Council has bottomed out and initiated a deranged proposal (to go along with the appalling effort to turn 'critics' into 'trespassers', that is focused on eliminating public comment on various items during city council meetings

None of the makers of the motion have responded and Feuer / Kapur will not set appointments to resolve the issues. Ever!  Sir, could you ask Ciardullo to authorize Mayor's Comm office to cough up the $27.40 Fauble is seeking for the records that would show what Feuer has specifically been doing?

3) --  David Michaelson, an ignominious and elusive City Attorney, who has been negligent and in more than three years has a 100% track record of declining to meet and confer with advocates for open government, while taking orders and congratulations from Mitchell Englander, regarding various ways to hijack public meetings and cite Angelenos (heartbreaker in a homeless crisis) with Mike Feuer's tacit agreement, needs to be upbraided.

Who, one wonders, does this petty tyrant think he is (we could each ask that of ourselves as well) and where does he think the strategy of “running away from such serious issues” goes?

4) --  Vivienne Swanigan and Hugo Rossitter, are severely negligent and have been spending City time on the City clock pursuing weird political agendas that have been documented--and they have spent an astonishing amount of time out of the office with hat, and without hat, without good reason or cause. A thorough investigation is hereby underway into what they have been doing while not fixing the EDITING OUT the CONSTITUTIONAL PROTECTIONS section of a government code to falsely intimidate ordinary Angelenos, especially undocumented ones from coming on City property.

5) --  Most egregiously, Swanigan has looked away from the 'retaliatory' conduct pressed by Ted Ross, who continues to willfully instruct ITA workers as their General Manager, to marginalize all public speakers by making speakers unrecognizable in the City Council Cablecast, a clear violation of Council Rule 93. He, like Holly Wolcott, blames Wesson.

All grievants are told by Swanigan/Rossiter that any “wrongdoing”. . .during City Council meetings is governed by the whim and unsupportable peccadillos of Herbert J. Wesson.

The above list is just an amuse bouche. . .there is an entire prix fixe meal coming if we cannot resolve appropriately.

I have made many good faith efforts to resolve these issues and to be fair to Swanigan, who may have flipped her lid completely this time, before pressing for her to be sanctioned more formally. I would like to give her a chance to blow the whistle on Michael Feuer and Council President Wesson.

Before I do take the next legal steps, I wanted to reach out to YOU, the Mayor of Los Angeles, and all your expert communicators including NBC4, to assist the public in its many efforts to improve the climate for public engagement at City Hall.

Can you set some times to meet? Gail Koretz? (Please do not discuss this matter with CM Koretz. . .)