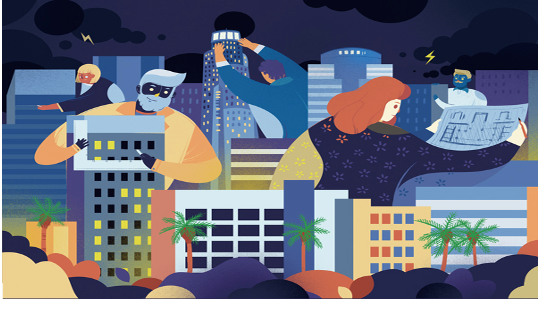 GUEST COMMENTARY-Dear Friends and Neighbors: Are we going to stand idly by and let the Big Developers convince the state legislature to destroy our single-family neighborhoods, create parking nightmares, and make it even harder to solve the homelessness crisis than it already is?

For the third year in a row the state legislature is considering bills that let developers destroy thriving single-family and low-density neighborhoods to build luxury apartments without yards or garages. Most importantly, these bills do so without addressing the real need Los Angeles and the rest of the state have for genuine affordable housing.

UNLESS WE MAKE A STAND NOW AND CONVINCE OUR ASSEMBLY MEMBERS TO OPPOSE THEM, THESE BILLS ARE GOING TO PASS IN THE COMING WEEK OR TWO!

SB 9, SB 10, and SB 478 promote the failed theory that dense, pricey housing will eventually help the poor. But it never does. Trickle-down affordability has failed everywhere it has been used as an excuse to build new luxury housing. Prices, displacement, and homelessness just increase, and cities that already are among the most expensive in the world become even more expensive. With all that evidence, only people trying to pull the wool over our eyes claim that building new, over-priced housing is going to magically create affordable housing.

IT IS TIME TO TELL THEM WE ARE NOT BUYING THE LIE!

Here are the bills, all of which could be voted on by the full Assembly as early as this Monday:

SB 9: This divisive bill, the worst of the three, has died in two previous iterations in past years. It destroys single-family zoning in California, presenting a threat to seven million homeowners and 21 million residents in those homes. SB 9 allows four market-rate homes where one now stands, and six units when developer/investors use a trick that is hidden in SB 9. No public hearings are allowed. No affordable units are required. No open space is required. Required parking for the market-rate and luxury units it incentivizes is woefully inadequate. This will victimize any neighborhood where a developer can afford to buy property without doing one thing to legitimately solve our housing crisis.

SB 10: This bill, this year’s version of similar past bills which barely failed, was approved by the State Senate in May, but not before Senate Majority Leader Bob Hertzberg’s withering criticism of it as a gun and not a tool. SB 10 allows city councils to override zoning and CEQA, to allow 10-unit projects with four granny flats, again with no commitment to affordability. These 14-unit projects are allowed in almost all neighborhoods with no hearings. It undoes voters’ 110-year-old right to self-determine land use policies, letting any city council undo voter-approved land protection, like height limits on commercial towers on our major boulevards. It allows cities to up-zone Very High Fire Severity Zones for 14-unit projects if, for example, they are anywhere near a bus line.

SB 478: This bill allows a developer to build 14 luxury housing units: 10 units plus four granny flats on any multi-family street, or in any mixed-use district. Cities would be banned from imposing any local standard, such as a yard, that precludes a building size based on a 1.25 floor-area ratio, and, yet again, it requires no affordable housing. It will discourage the retention of trees and open space, thus contributing to destructive climate change. It replicates a “missing middle” density policy which has failed in other cities, such as Seattle, Toronto, and Vancouver, where all housing has simply become less affordable. And it applies to all urbanized areas and urban clusters, which encompasses even modestly sized cities, such as San Fernando and Culver City, and prohibits unique towns, villages, and cities from doing their own planning.

WE ALL HAVE TO TELL OUR ASSEMBLY MEMBERS HANDS OFF OUR LOCAL CONTROL.

We are ready to be partners in solving the state’s housing crisis but let us figure out what is in our own neighborhoods and communities and then provide legitimate tools and incentives to help us do it.

Community organizations and individual residents of Los Angeles who are as concerned about what kind of communities these bills will produce, as I am, MUST contact your Assembly members as soon as possible, preferably on Monday before the bills are voted on by the full Assembly. Encourage your friends and neighbors to do the same. There are enough legislators representing parts of LA to defeat these bills, but they won’t do it unless they hear from all of us NOW and OFTEN.