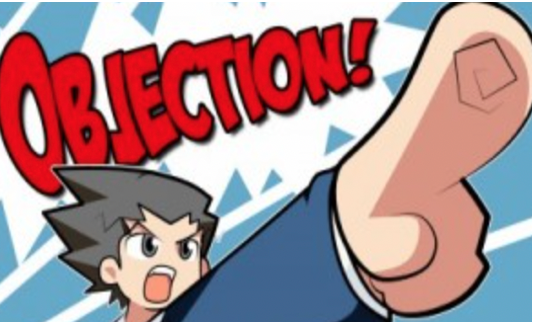 DEEGAN ON LA-(Number 4 in a series about Councilperson Raman (CD4) A mad rush to enact a new city ordinance regulating homeless encampments in public spaces has been delayed until the end of the month by Councilmember Nithya Raman (CD4), who failed to go along with her council colleagues.

Hers was one of two votes against the measure. Her council colleague Mike Bonin (CD11) was the other. Although the proposal passed with a 13-2 vote, because it was not unanimous it must be voted on again.

The proposed ordinance will “specify the particular times and locations where it shall be unlawful for a person to sit, lie, or sleep, or to store, use, maintain, or place personal property in the public right-of-way.”

Nithya Raman objected to the proposed new legislation that would prevent the homeless from camping in certain public areas, saying, “I feel like I’m making a decision on this law without the information I need to understand the impacts of this law.”

Had the motion passed, it could have been some good news for city councilmembers to spread about their constituencies during their recess that just begun. It could have been something that would help make them look good to the voters, like they were on top of the homeless crisis that has metastasized into every neighborhood.

And because the last-minute council proposal was up for consideration in the final hours prior to the council’s recess, that second vote will not happen until the end of the month, when the council returns from its thirty-day paid summer break from solving the city’s problems.

A proposed city council legislative decision about a new homeless encampment ordinance, which appeared to be a desperate measure, can now be made in a measured way.

Nithya Raman can use the recess time to co-mingle with her “Team Raman” coalition partners -- consisting of the Democratic Socialists of America-Los Angeles, who claim that they “co-govern” with the councilperson (a claim Raman has never publicly denied), and Ground Game LA, an activist group that has a shadowy megaphone straight into Raman’s ear via its former leader who now serves as a Raman field deputy -- to introduce the team’s version of legislation to help relieve the homeless crisis.

If they can put together a motion, and get it passed by a city council majority, the day may have arrived when City Hall has been rumbled by an earthquake, as renowned politico Zev Yaroslavsky predicted was due to happen.

The downside to the risk Raman and her coalition have taken by temporarily blocking legislation, is that if their chance to enact their version of homeless relief into law does not pass, she will revert to being a spectator, not a leader, in the deliberations and decisions about how LA grapples with an out-of-control homeless crisis.

So, the stakes are high for this never-been-in-politics-before-at-any-level politico who is encased in a “go along-get along” City Hall culture where councilmembers vote in lockstep for each other’s motions.

This break in how business is done is noteworthy for two reasons. One is Raman is not “going along” -- and this may be an indication of how she will attempt to govern. Secondly, the one month pause until council returns to their desks is the opposite of the knee-jerk response to the encampment crisis her council colleagues tried to rush through council in forty-eight hours last week, on the eve of their recess.

By the time the city council is gaveled back into session, Raman, DSA-LA, and GGLA will have had an opportunity to draw up their own homeless legislative remedies for council consideration. Her opponents’ momentum may have been lost; hers may have just begun. With her “no” vote, Raman has awarded herself the gift of time.

With the ball now in her court, her constituents will have a chance to watch Raman the legislator, not Raman the promiser. It’s also a chance to see how many of her council colleagues get along and go along with her.

Another voice with some new thinking for how to help the homeless is desperately needed. City Hall, led by Mayor Garcetti, has thrown billions of dollars at the homeless crisis with little visible impact.

For Raman, it’s either a dilution of her homeless rhetoric, or a beginning of a solution. It may be a fluke that she is serendipitously catching this break, but it could also be the start of a reckoning that reinforces how poorly City Hall functions in dealing with the homeless crisis.

When the council reconvenes on July 27, Team Raman will have a chance to present their ideas.

Read other articles in this series:

Coming soon: Part 5 - Raman’s role in the developer threats to neighborhoods that have homeowners telling her, “Not in My Backyard” (NIMBY). Part 6 – A Public Bank for Los Angeles. Additional topics: TBD.