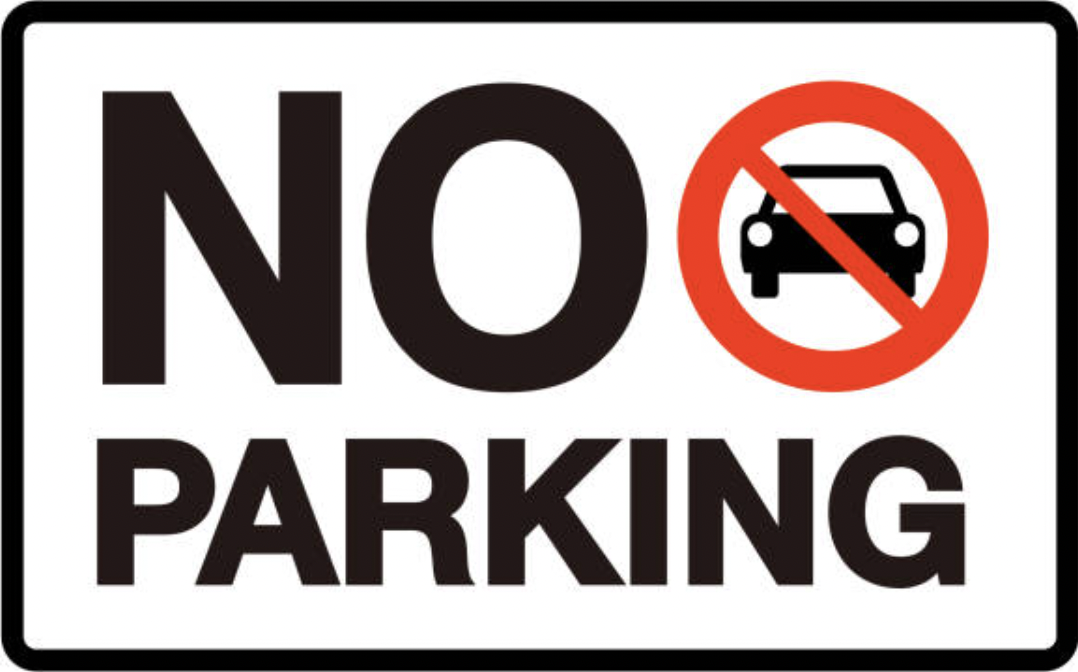 DEEGAN ON LA-This is Part 3 in a series about Councilmember Nithya Raman (CD4).

It was a facile promise for Nithya Raman (CD4) to make, in the final days of a hard campaign. Raman told voters in a last-minute mailer that she would  “use city-owned parking lots to create safe parking, with services, safety, and security, that will help our unhoused neighbors, not push them out of their cars and onto our streets.”

That configuration has now morphed into affordable housing units for the homeless replacing the city parking lot at 728 S. Cochran Avenue in the Miracle Mile and another one at 1905 N. Highland Avenue, in Hollywood.

A minimum of staff work done by Raman’s campaign team, and then, once in office, her CD4 staff, would have revealed the problems Councilmember Herb Wesson (CD10) had in Koreatown when he had the exact same city-owned parking lot idea for 682 South Vermont Avenue. The community killed it.

Among the reasons for rejection was the fierce community blowback because Councilmember Wesson had not gone to the community first with his plan to gauge a reaction. Albert Einstein’s statement that “doing the same thing twice and expecting a different result is the definition of insanity” could apply to Raman.

Nevertheless, Raman charged ahead, alone -- without community support or even forewarning it of what she specifically intended to do -- by submitting a motion to the city council with her plans for a homeless and/or affordable housing structure in the Miracle Mile. She made a similar motion for a Hollywood city-owned parking lot conversion to housing.

Raman faces a different sort of opposition from Hollywood residents than Wesson did when he tried this scheme, although there will be plenty of them in the parking-starved Miracle Mile. The community has already had one city-owned parking lot, a couple of blocks from the Cochran location, taken away to make room for a subway construction staging area. 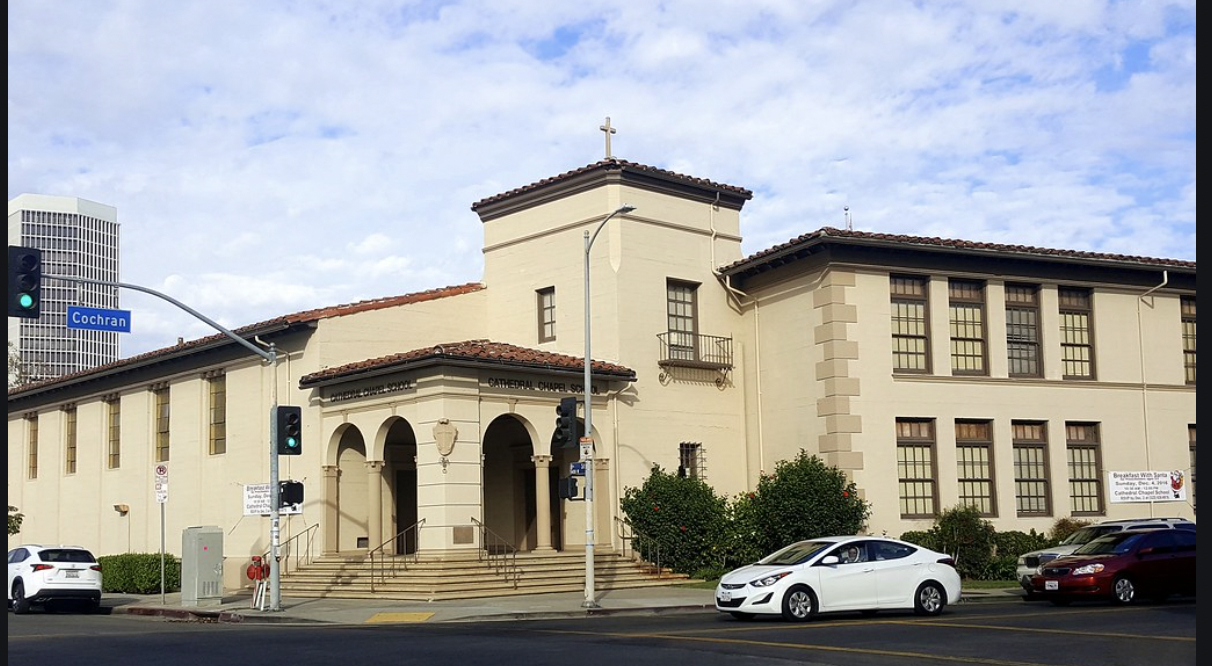 Raman must convince the Archdiocese of Los Angeles’ Cathedral Chapel School, (photo above) directly across the street from the proposed homeless housing project, that the project will not negatively impact the school.

A Miracle Mile community source offered this observation: “If she wants to preserve rent-stabilized units in older historic buildings without off-street parking and small businesses along Wilshire, she should leave that parking lot alone. And the idea of putting such a facility across the street from a kindergarten and elementary school is outrageously offensive. She is obviously not someone who understands the Miracle Mile community at all. Utterly clueless.”

Cathedral Chapel School Principal Tina Kipp was even more succinct. Her conversation with Raman did not go as smoothly as it could have, mainly because Raman’s talk with the school started after she’d made a motion in city council, instead of ahead of her final decision to convert the parking lot into homeless and affordable housing.

By the time Raman met with the school principal, her motion had already been forwarded to the housing committee for study.

“What is most upsetting is that there was no consultation by Councilmember Raman. She needs to listen to the voices of concern, such as the parents, the neighborhood, and the nuns that built a retirement home next door. Raman says let’s do a feasibility study first before hearing comments. . . .Community input should come before a study, not after when it’s too late.

“I met with Councilmember Raman on June 15, with the school’s pastor and vice principal. Her motion to start the ball rolling on this project had already been made in the City Council by then, although we did not know that, nor did she tell us. This foreclosed any opportunity for community feedback before the fact. After the meeting, Raman said that a ‘fact sheet’ would be available, and that she would set a date for a community meeting.”

Raman could look at the last time a development project went up against a local school. The Hancock Park Elementary School, also in CD4, fought against the owner of the adjacent Town and Country Shopping Center that wanted to put a tall residential tower in the parking lot. Teachers and parents mobilized and successfully lobbied then Councilmember David Ryu (CD4), who listened to them and acted in the interest of the school.

The mix of young school kids and their parents and teachers are a tough opposition for politicos; the community tends to side with the kids. Understanding this is a step on the steep learning curve Raman must take on.

If this program goes through -- and it’s currently a long shot -- we can add to the twin housing insecurity issues of homelessness and rising rents, a third element which is parking, or the lack of it once the homeless housing units overtake the city-owned Cochran parking lot.

CityWatch received this reply from Raman’s office when asked: “where will people that relied on those parking spaces (shoppers and residents) park once the lot become a site for homeless housing?”

In an unequivocal promise, Raman’s press deputy told CityWatch, “For any potential affordable or permanent supportive housing built on that lot, we would be required to retain one-for-one parking spots for the existing parking spots.” How many of them are within the housing and reserved for residents, and how many are publicly available is unknown, but the community likely won’t get the full forty for their use.

The search will be on for parking spaces in close proximity to the school. Where will the magic of “one-for-one” replacement parking take place? Walking around the school neighborhood, full of parking-by-permit-only streets that are restricted to residents, did not reveal a secret stash of empty, available parking spaces.

Again, from Tina Kipp: “Nithya Raman says she will find parking for us, but I have teachers not feeling comfortable walking to their cars in the evening.”

Raman’s chief of staff and press deputy did not respond to a CityWatch request to make Raman’s land use deputy available to provide balance on this reporting.

Although Raman told Kipp at their June 15 meeting that she would hold a “community meeting,” the school principal says, “Nithya will not meet with a large group. She will meet with small groups.”

This project is Raman’s first legislative motion that deals with the community; it’s “Hello, Miracle Mile, this is me! This is what you can expect!”

Her predecessor, David Ryu, used to pack the Korean Cultural Center auditorium for his Miracle Mile community meetings, and shifted to John Burroughs School when he expected even larger crowds. When LACMA was still available, its Dorothy Collins Brown Auditorium, or the thousand-person capacity Terrace Room, were routinely filled by the community to hear what Tom LaBonge had to say.

Neither Ryu nor LaBonge, both expert and fearless and excellent retail politicos, shied away from total community engagement and answering the tough questions in front of a large crowd.

Both former CD4 councilmembers took approached the community, saying, this is what I’d like to do, but first I want to listen to you and learn what you think about it, instead of, this is what I’ve gone and done without your knowledge or input until after the fact -- which is what’s happening with Raman and the Cochran parking lot conversion plans.

These community forums and town halls are the sort of constituent outreach by Raman’s predecessors that the community expects.

Kipp concludes, “I’ve been the principal at the school since 2003 and have had very good working relationships with Raman’s predecessors Tom La Bonge and David Ryu. The school community would like that level of interest from Councilmember Raman.”

Next, in Part 4 - Raman’s role in the developer threats to neighborhoods that have homeowners telling her, “Not in My Backyard” (NIMBY). Additional topics: TBD.