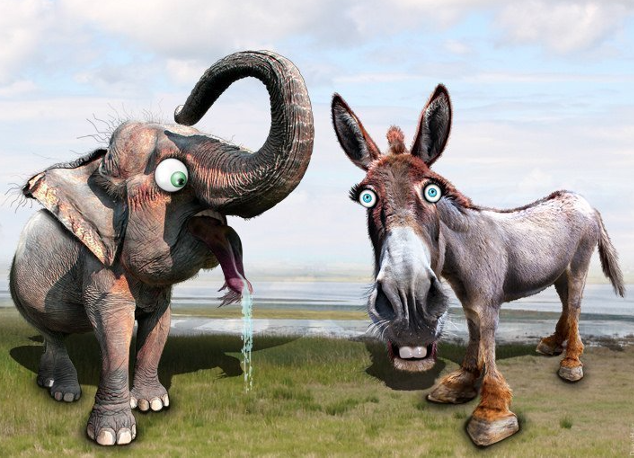 PLANNING WATCH-From the 1930s to the late 1960s the Democratic Party stood for two policies that successfully addressed this country’s chronic housing crisis: public housing and the minimum wage.

1) Public and publicly-subsidized housing. These housing policies, which date back to the New Deal, gradually ended beginning with the Nixon administration in the early 1970s and the dissolution of California’s Redevelopment Agencies in 2011. This shift was possible because the adoption of neo-liberal (trickle-down) housing policies was totally bipartisan.

2) Minimum wage laws.  In this period, from the New Deal in the 1930s through the Great Society of the 1960s, the Democratic Party championed regular minimum wage increases. They began with $0.25/hour in 1938 and reached $7.25/hour in 2009, where the minimum wage has been stuck for 11 years. If the 2009 minimum wage law had been indexed to gains in productivity, it would now be $25 per hour. If it had tracked compensation to corporate CEO’s, it would now be $44 per hour, and if it had been indexed to the cost of housing, the minimum wage would be $37/hour for someone renting an average two bedroom residence in Los Angeles.

If you look closely, however, you can find the roots of the cozy relationship between real estate investors and the Democratic Party’s housing policies. Since the 1960s the Democrats have been the political party of choice for the Urban Growth Machine. This complex of real estate interests first identified by former UCSB sociologist Harvey Molotch has pulled the party to the right on housing issues. But, beginning with the Truman, Kennedy, and Johnson administrations, the seeds for these policy shifts were already present.  They took the form of Urban Redevelopment Agencies (i.e., urban renewal). With support from the Federal Government, local municipalities used eminent domain to acquire older neighborhoods, relocate residents, reassemble small parcels into larger one, transfer these parcels to corporate real estate developers, and then reinvest the increased tax increment income.

In California this game ended in 2011, when Governor Jerry Brown and the State Legislature dissolved 400 local Redevelopment Agencies. Since then, however, the real estate reinvestment process has continued, but at a smaller scale. These new municipal policies include mansionization and gentrification, boosted by local, state, and now Federal programs to increase permitted densities, essentially financial gifts to property owners and real estate developers. In LA these programs go by many names, including Measure JJJ, TOC Guidelines, SB 1818, Ellis Act, Cash and Key, Small Lot Subdivisions (SLS), Transit Priority Areas (TPA), Community Plan Implementation Ordinances (CPIO), and Community Benefits Agreements, with more giveaway programs in the wings.

Regardless of the name, the goal is always the same: top down intervention to increase property values and the profitability of real estate investments through privatization and deregulation. In this way municipal Democrats, including LA’s recent mayors and City Councilmembers, have become the midwives of the "Neo-Liberal Urban Growth Machine." Despite this awkward term, local governments now assist private developers to acquire highly profitable redevelopment sites, in effect repackaging previous urban renewal programs.

From the national level to the local level, the Democratic Party's housing policies have turned to the privatization of low-cost housing and the deregulation of zoning laws. This approach was previously called Reaganomics, but it is now bipartisan. Applied to housing, it relies on private developers, not Housing Authorities, to build low-cost housing in exchange for lucrative increases in zoning. It is peddled through the (mistaken) story that these policies increase the production of private sector housing, including a small number of unverified low-cost housing units.  Some analysts consider these updated versions of Reaganomics to be responsible for the current housing crisis.

The results of these housing policies are painfully visible.  Assisted by City Hall, real estate speculation is widespread and highly profitable. Meanwhile, the assorted justifications for these giveaways survive on faith, devoid of evidence. Transit ridership and the supply of low-priced housing continues to decline, while inequality and homelessness continue to grow. In cities like LA, this is the shameful legacy of Democratic Mayors Tom Bradley to Eric Garcetti, even though City Hall’s current trickle-down approach to housing originated with the Nixon and Reagan administrations.

In LA the city’s Democratic officials have pursued trickle-down housing policies for nearly three decades. They whole-heartedly support privatization and deregulation, but they won’t take credit for the resulting havoc. If they did, they would monitor their trickle-down policies, even though they made LA’s housing, transit, and climate crises worse. Plan monitoring, in fact, is clearly called out in LA’s General Plan, but the results would so undermine their trickle-down housing policies that City Hall ignores its own adopted monitoring policy.

“General Plan Framework Chapter Two – Growth Monitoring Policy: After the Framework Element is adopted, the City will establish a growth monitoring program that will provide important information regarding the accuracy of future growth estimates and the distribution of that new development by community plan area. This monitoring program will annually document what has actually happened to the City's population levels, housing construction, employment levels, and the availability of public infrastructure and public services. Information on environmental conditions will also be monitored on a yearly basis to maintain and update an environmental database, which will be used to facilitate but not replace, environmental review for subsequent programs and projects in accordance with CEQA.”

This slide into trickle-down housing programs has percolated down to the construction unions, environmental groups, churches, non-profit housing organizations, some left-liberal political groups, and well-funded advocacy groups that comprise the base of the local Democratic Party. This was apparent in their opposition to Measure S, the Neighborhood Protection Measure, in 2016, when these groups fronted for the large real estate corporations, especially Crescent Heights and Westfield, that funded the No on S campaign.

We also need keep an eye of the many housing policies that the Democratic trickle-downers avoid, even though they would alleviate the worsening housing, transit, and climate crises:

How long can this game continue before local officials and the active public realize they have been subjected to a host of real estate scams? That is the open question.

(Dick Platkin is a former Los Angeles city planner who reports on local planning issues for CityWatch. He serves on the board of United Neighborhoods for Los Angeles (UN4LA) and co-chairs the new Greater Fairfax Residents Association. Previous Planning Watch columns are available at the CityWatchLA archives. Please send questions and corrections to [email protected]. Prepped for CityWatch by Linda Abrams.