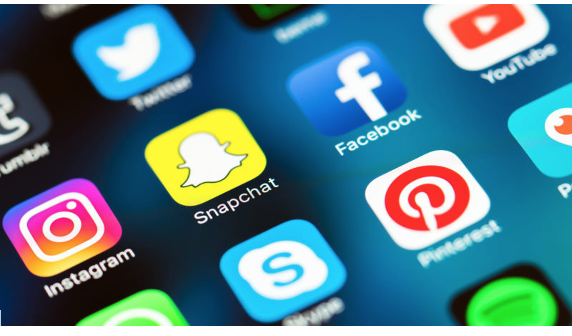 THE CITY-The founding father John T. Walker and his legendary sidekick, Lisa Sarkin and their various "Igors" including the men in shorts, Lisa Karadjian and the Alcove gang deserve recognition by an international organization dedicated to petty despotism.

At last week's swearing in of the new board, one member of the public not accustomed to speaking out, thanked Mr. Fried effusively, and regretted any disagreements in the past. "You were right," he admitted on the record.

Randy shrugged. Michael De Lazzar who totally “gets it” smiled cheek to cheek. So sweet, a little Studio City family.

They've worked hard and Mr. Fried has accomplished a lot during his tenure as the President of a 15- member board, now comprised of a fresh bunch of hand-picked newly electeds and a few carryovers.

Fried had boasted about his connection to Mayor Garcetti's office when we first met approximately 101 feet from the polling place at the last bricks and mortar Neighborhood Council election at Walter Reed Middle School in Studio City.

"There is a vacant board seat that I am hoping to fill in August," wrote Randall Fried in an eblast to the community this week.

Evidently, despite Barry Johnson's torrid fantasies, people who vote here are the same people John T. Walker cobbled down the emails of so many years ago.

The wider population who supported the effort in Congress this week to make voting more accessible, which was stymied by filibuster, would keel over and die at the site of the SCNC bylaws.

It's an undemocratic system, with unbridled Presidential power, that is almost impossible to change. Still, I am proud that during my time with SCNC we made great strides in curtailing the inbreeding. Sort of.

We amended the rules so that now, a voter could at least vote for whoever they want to, without having to produce a paycheck or a copy of property taxes.

We tried to cut the President's authority back, but this is where the brilliance of the innovationists and their corruption lies. I wish the whole gang well and look forward to coming back with a vengeance. The path to home ownership is easier.

But I'm happy to make a MOTION for Studio City, CA to get a little pavilion or alcove at the NEW museum of nasty little councils and corrupt little Pashas, coming soon to a municipality near you. Can I get a second?

June is peak season for the Supreme Court in Washington. It is the final month of the court’s annual term, and the justices tend to save their biggest decisions for the term’s end.

Last week Justice Elena Kagan, writing for four justices, limited the sweep of the federal Law on Mandatory Minimum Sentences, known as the career criminal act. She wrote the law excluding crimes in which the defendant had merely been reckless.

The court found that acting recklessly — as opposed to intentionally or knowingly — should not count toward a strike in the career criminal context in which you get dropped in a 15-year cooler after three convictions.

What about among LA City Councilmembers? Are there such thing as "reckless omissions?"

Like f'or instance, Mike Bonin and Chad Molnar of CD11 simply ignored multiple reasonable requests for a breakout of the $5 million to be earmarked for the Encampment to Home controversy in Venice. It was promised by Bonin on the record to another councilmember on the Budget Committee.

Is this a "Dick move" by Bonin to withhold it? Can one even say, "dick move?"

In an 8-1 decision in Mahanoy Area School Dist. v. B. L., the Supreme Court ruled in favor of a cheerleader who was suspended from her cheer team for using explicit language on her social media.

After not making the team following tryouts, she posted an angry message on Snapchat that included a picture of her and a friend holding up their middle fingers, along with the caption “fuck school fuck softball fuck cheer fuck everything.” Seems appropriate enough to me.

The opinion, authored by Justice Breyer, said the school district’s decision to suspend student B. L. for "posting to social media (outside of school hours and away from the school’s campus) vulgar language and gestures critical of the school" violates the First Amendment to free speech.

The court found the school’s interest in preventing disruption is not supported by the record, which shows that discussion of the matter took, at most, 5 to 10 minutes of an Algebra class “for just a couple of days” and that some members of the cheerleading team were “upset” about the content of B. L.’s Snapchats. App. 82–83. This alone does not satisfy the demanding standards of Tinker. “For the State in the person of school officials to justify prohibition of a particular expression of opinion, it must be able to show that its action was caused by something more than a mere desire to avoid the discomfort and unpleasantness that always accompany an unpopular viewpoint.”

(Spanish for "Yes, it is possible" or, roughly, "Yes, we can") is a federally registered trademark of the United Farm Workers of America [UFW]. In 1972, during César Chávez's 25-day fast in Phoenix, Arizona, UFW's co-founder, Dolores Huerta, came up with the slogan.

Huerta is some kind of marketing genius but, as much as some of us revere Dolores Huerta, including Mike Feuer who conducted a conversation with her in August of 2019, “From Farmworkers to Feminism" she's now been dragged into the Solid Gold muck of Eric Garcetti.

And a photo of cupcakes with Gil Cedillo’s face on top of them also drew comments on Solid Gold. “Who wants a cupcake?!” a group member wrote. Ana Guerrero, his trusted chief of staff, responded by posting a vomiting emoji.

Ana Guerrero, who has been singularly unhelpful to me during her long reign as Garcetti's go-to-gunner, does have a right to "hate" Dolores Huerta.

And she should be able to insult her or express a negative viewpoint on Facebook about a person or place. There is not one person on City Council or in office anywhere that does not harbor some resentment and they too, are people and so entitled to free speech.

What Ana Guerrero did that is totally unforgivable and indefensible is different than being “snarky” and very serious. She repeatedly "looked away" over and over and over again from credible complaints or requests for accountability in her office. The office!

But because the ethos created or promulgated by Eric Garcetti, that "we do whatever the fuck we want to do and there is nothing you can do about it" was the prevailing wind, she did nothing.

What we should be able to do is hold our leaders accountable.

And FYI, you're not supposed to block people from Twitter.

Pico Rivera was trending Wednesday following a herd of cattle (who do not have free speech rights)  escaped a local slaughterhouse before getting corralled in a cul-de-sac. Officials reported that one animal was shot by deputies as they worked to round up the herd.

The price of meat has been steadily rising.

It's hard not to feel some empathy for a group of livestock who, like so many of us, have had enough. Feel free to buy a Basta T-shirt or "Sí, se puede" Tote bag at the Dolores Huerta Foundation website. They do need the money.

Kathryn Barger the Fifth District Supervisor sent out a notice last week: "We need your voice! Attend a virtual hearing to learn about redistricting, share about your community, and give input on how to draw our districts for the next decade."

Just ONE countywide hearing in Spanish tells you everything you need to know.