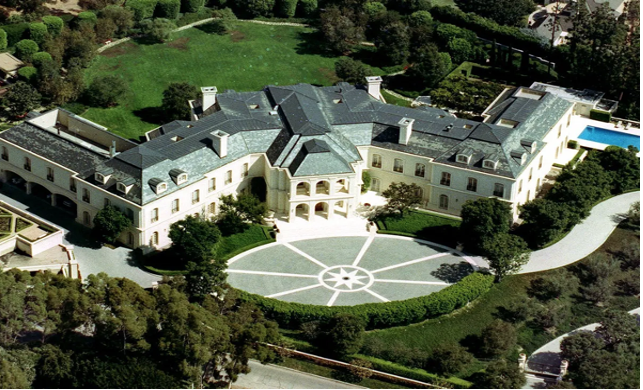 LA’S HOUSING SQUEEZE-As most people know, Los Angeles and California are in a housing crisis, with very few low- and moderate-income housing units being built by private developers to meet the demand with accompanying increases in housing prices, up by 17.2 % in Los Angeles County during the past year.

In addition, except for a modest drop during the pandemic, apartment rents have gone up substantially as well. The only segment of the housing market where there have not been shortages is the market for expensive, luxury units where there is a surplus of units that are vacant.

In response to this, conservative free market and libertarian economists point to the filtering process as a means of indirectly providing low- and moderate-income housing that is not profitable for developers to directly create. This is how the filtering process is supposed to work. Developers are encouraged and allowed to build large numbers of luxury and upper middle-income housing that are profitable and will receive a normal rate of return on the capital invested. Then residents of the mansions in elite, upper income communities buy and move to new, larger, and even more luxurious mansions in new elite communities.

There are two problems with the filtering process. The first is that when housing built for those with higher incomes is finally handed down to the poor and those with modest incomes it is old, often 100 years old or older with deferred maintenance and in a deteriorated condition. This very old housing has aging electrical and plumbing systems, resulting in higher maintenance costs. Such housing can also be hazardous to the heath of their residents, because of lead based paint or being located near aging industrial districts emitting hazardous chemicals, such as the closed Exide battery recycling plant immediately south of the residential neighborhoods in east Los Angeles.

The second problem with filtering is that it is dependent on the continued outward expansion of a metro area in order to provide locations for new luxury and upper income housing to be built. During the first half of the 20th century, there were large tracts of vacant land available for development, resulting in the creation of new elite and upper income communities, such as Hancock Park, Los Feliz, Beverly Hills, Westwood, Bel Air, Brentwood, Pacific Palisades, and Santa Monica north of Wilshire Boulevard as Los Angeles expanded to the west starting in the 1910s and 1920s.

This explains how Bunker Hill in downtown, originally built in the late 19th century as an upper income neighborhood for the wealthy, a Los Angeles version of San Francisco’s Nob Hill, filtered all the way down and became a blighted area by the late 1950s and early 1960s. This explains how South Los Angeles, built around the turn of the 20th century for lower middle class and working-class residents, filtered down to being communities for the working poor and the very poor. Finally, this explains why in the Valley lower middle-income communities such as Panorama City, North Hollywood, Van Nuys, Reseda, and Canoga Park have filtered down to those with working class incomes.

However, beginning in the later part of the 20th century the relentless outward sprawl of greater Los Angeles has been mostly halted by natural, physical barriers: the Pacific Ocean to the west and the mountains to the north and the east. Only by leapfrogging over the mountains to cities such as Palmdale and Lancaster can large numbers of middle-class homes and homes for better paid working-class people be built, resulting in lengthy and stressful commutes to jobs located mainly on the south side of the mountains.

There has been a modest expansion to the west of elite residential development into the Malibu area along Pacific Coast Highway. However, due to the limited number of building sites in the steep slopes of the Santa Monica Mountains north of Malibu and community opposition to extensive development in the mountains, the Malibu area will not provide a sufficient number of additional upper income homes to revive the filtering process in Los Angeles. And while luxury dwelling units for the wealthy are being built in high-rise developments in downtown Los Angeles, the number of these units has also not been large enough to revive the filtering process.

Furthermore, not all wealthy individuals are willing to move out of their mansions with beautifully landscaped grounds and live-in high rises in downtown Los Angeles without individual, private open space and which are located in sections of downtown with aging, unattractive commercial and light industrial buildings.

Despite the physical constraints imposed by geography, population growth in Los Angeles continued in the remaining decades of the 20th century and into the 21st century, albeit at a slower rate. To accommodate this growth low density residential development is being replaced by higher density apartment and condominium buildings.

This has had a perverse effect on the supply of low- and moderate-income housing. Because the westward expansion of elite communities has been mostly blocked by the Pacific Ocean, the increasing demand for upper income housing has been directed back into the existing built-up communities of Los Angeles, resulting in the gentrification of select communities. Lower density low- and moderate-income housing, often rent-controlled, that is affordable to the working poor and the elderly with fixed incomes has been demolished and replaced by higher density upper income apartments and condominiums.

The addition of higher density multifamily units has had other effects as well. They have added to the notorious traffic congestion of Los Angeles, both on the freeways and through lengthier backups at signalized intersections on the surface streets. This congestion has been only partially offset by the construction of new rail transit lines. Second, there have been increasing demands on other infrastructure, such as sewer, water and electrical utilities resulting in periodic failures of these utilities. Water and sewer lines have had to be dug up and replaced and additional capacity added to electrical lines. Third, there have been increased demands on public facilities such as schools, parks, and libraries.

However, despite the perverse effect of reducing the supply of existing low- and middle-income housing, the main policy of the City of Los Angeles has been to rely on the construction of more market rate housing for upper income people even though the filtering process is all but nonexistent and the effect of that policy is gentrification. In addition, the City also has a policy of density bonus programs to provide incentives for developers to build a relatively small number of low- and-moderate income units as part of their market rate projects. However, it is unlikely that the new units added by the density bonus programs will be enough to offset the loss of low- and moderate-income units to gentrification through evictions and demolitions.

To halt and reverse the negative effects of gentrification on the supply of low- and moderate-income housing different policies are needed:

(John Issakson is an observer and commentator on the urban scene in Los Angeles.) Prepped for CityWatch by Linda Abrams.