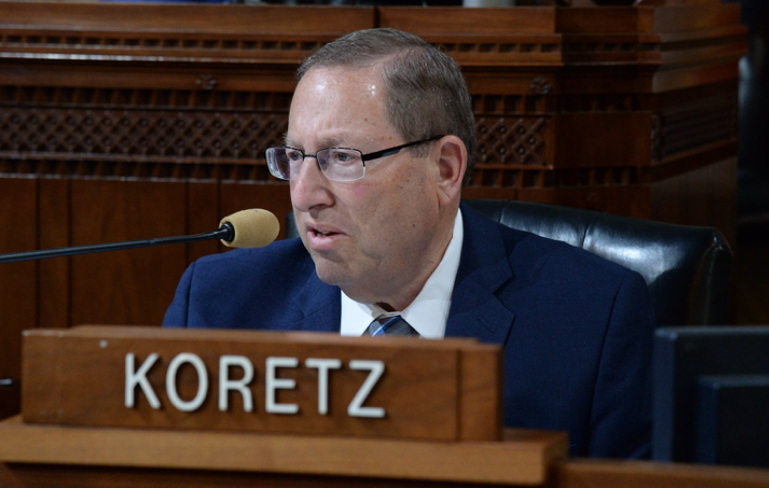 GUEST COMMENTARY- The Los Angeles City Council is the highest paid city council in the nation. It has been ever since councilmembers’ salaries were tied to the salaries of Superior Court Judges.

The linkage is not 70% or 80% of a judge’s salary, but 100%. And the neat thing is that the councilmembers never have to vote on increasing their pay -- which could be awkward if publicized because their pay goes up automatically when judges’ pay goes up.

Currently, a city councilmember makes about $215,000 a year. On top of this, they get a free car, free gas, free car insurance, healthcare, pension, and of course, having their home wired directly to the local LAPD station. These benefits add up to about $300,000 a year.

What does a councilmember do for this lavish pay?

Well, the city council normally meets Tuesday, Wednesday, and Friday at 10:00 a.m. Each member  also serves on various committees. And this is where the highest paid council decided to cut back on its work. It is not exactly clear when this happened, but councilmembers thought they had too many committees to attend so a plan was devised to pare down the number.

Yes, maybe some committees could be merged, and yes, maybe some could be eliminated. But what one of the most inefficient cities in the nation decided to do was. . .wait for it . . .eliminate the Audit and Efficiency Committee. This committee’s sole purpose was to find ways to save money. If the Controller issued a report on waste and fraud, this committee would determine how to stop the waste and fraud from occurring again.

So for the past few years, when the City Controller office would issue a report on items such as overtime costs or $700,000 units for the homeless, those reports have collected dust because no actual committee exists to review them and take action. All this would have been unknown to the public, but Councilmember Paul Koretz had a problem. He was a member of the Audit and Efficiency Committee and he allowed it to be killed to lower his workload.

And now that he’s termed out and running for City Controller, Koretz is desperate to convince people that he actually cares about waste and inefficiency at City Hall. Instead of just admitting his mistake in allowing the committee to be eliminated, Councilmember Koretz is now publicizing his goal to hear Controller’s reports at the Animal Service and Personnel Committees to show the public he’s serious about protecting your tax dollars. I wish I were making this up. I really do.

(David T. Vahedi is a candidate for City Controller. He has conducted over 350 civil and criminal audits. He is the Co-Founder of the Westside Neighborhood Council and a former 12-year member of the Westwood South of Santa Monica Homeowner Association.) Edited for CityWatch by Linda Abrams.