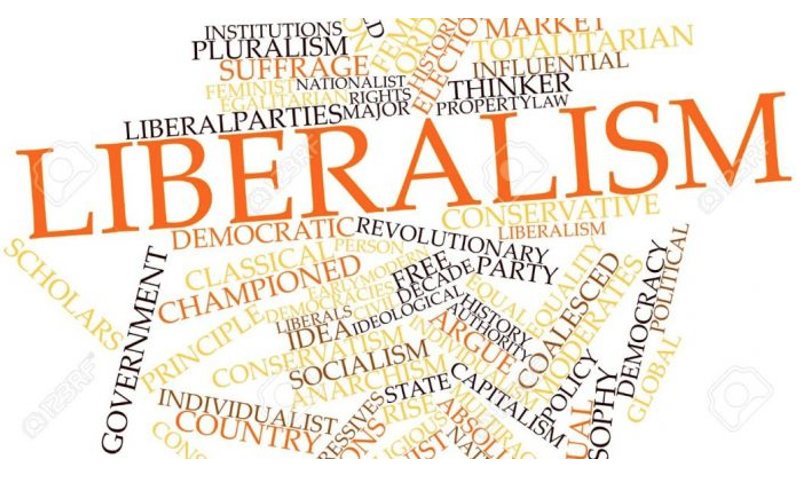 GELFAND’S WORLD--The State of the Union speech was notable for the modesty of its presentation combined with the audacity of its proposals.

In Joe Biden, we once again have a president who can look presidential in the way that the word was traditionally used. He is aware of his authority without having to defend it or brag about it. He can offer up proposals that the other side hates, and do so in a tone that sounds gracious. He is a president who stumbles over his words, but then apologizes for the slip and goes on. Did we ever hear Trump apologize for a slip or a gaffe or even for an insult?

Ah, if only Biden had those two extra votes he needs in the Senate. Perhaps at some point the senators from Arizona and West Virginia will come to enjoy being on the winning side of the big votes, and will join with the other 48 votes to make for a true majority.

Until that time, we will have to do with that new concept, a second reconciliation bill in the same year, as the driving engine of liberalism.

Liberalism. I use that word intentionally.

Perhaps it's time to dust off the word that characterized FDR and JFK and LBJ, that moved the country forward to create Social Security, Medicare, and the Civil Rights Act, and that has been used as an epithet by the right wing since the days of Ronald Reagan.

It's a good word when used properly. Yes, it will continue to be used as an epithet by talk radio hosts and by Fox News commenters, but so what? They have lots more words that they apply to all things Democratic -- words like socialist for example. The advantage to using the word liberalism is that it actually describes what Joe Biden is trying to accomplish for his country at this moment in our history.

It isn't socialism, in the sense of the government taking over ownership of factories, it isn't authoritarianism, as the word which best describes the current Trump version of Republicanism, and it probably isn't even progressive, that catch-all term that was adopted by a lot of liberals because Reagan had them on the run.

Way back in his New Deal days, President Roosevelt argued for liberalism without embarrassment or remorse. Ever since President Reagan, it has been considered out of fashion to use that word. But we definitely got a dose of FDR and JFK liberalism on Wednesday night. Curiously enough, the commenters on the CNN webpage who took issue with Biden's spending proposals didn't even use the word themselves.

Aside: There is an interesting essay on the word Liberalism and how it contrasts to progressivism and other ism's which you can find here in the journal Democracy.

One bit of irony. As conservative commenter Alice Stewart complained in the above quoted collection of views, Joe Biden is not doing all that much to work with the other side except to use the word "bipartisanship." This criticism is nonsense, because bipartisanship is and always has been available to the Republicans if they want to negotiate in good faith and -- more importantly -- end their practice of doing everything they can to destroy Democratic presidencies by voting in lockstep against every major advance.

It is interesting that even those on the conservative side gave Biden points for his presentation while faulting him for his proposals. Funny, that, because up until now, the hard right has tried to paint Biden as a doddering old fool, senile and forgetful, who can't be trusted. Perhaps CNN managed to find a few conservative voices who have managed to tiptoe past the worst, nastiest elements of the conservative side.

On the other hand, perhaps we will start to hear a different sort of smear on the talk radio frequencies. In any case, it is going to be a lot harder to label Biden as senile while he is able to deliver speeches such as the one he gave on Wednesday.

The question that we ought to be discussing

The deeper question is and ought to be whether this country can continue as a solid economy while overspending by quite so much. We've suddenly started talking about deficits in the trillions instead of the billions. To use the current buzz word among my liberal colleagues, is this sustainable? There is a sustainability among economic processes just as there is a sustainability among natural resources.

It's always been amusing that when there is a Republican president (Ronald Reagan, George W Bush, Donald Trump) the senate Republicans stay mute about massive deficits, particularly when their leaders win tax cuts for the rich. Then, as predictable as the falling leaves in autumn, they become reborn fiscal conservatives as soon as a Democrat takes office. This was particularly repulsive when Obama took office in the midst of a serious recession -- the moment when modern economic thinking demands a serious amount of deficit spending to recharge the economy -- and the Republicans fought tooth and nail against all things Obama.

As to Wednesday night's speech, the conservatives were right to notice the fiscal question, but just as in so many other things, their point of view neither enunciates its own policy preferences nor offers a specific critique of liberal preferences. What level of deficit spending is acceptable to them? They don't say. It ought to be the same answer whether the president is a Republican or a Democrat, but that does not seem to be the case for them. And there ought to be some allowance for deficit financing during serious economic downturns, as we had when the Covid-19 pandemic began to ramp up. The Republicans were willing to join with Democrats under a Republican president, and even to vote for those stimulus checks.

Addendum: Two big lies and one final word on guns

A few days ago, I mentioned the big lie coming from right wing sources that under Joe Biden's authority, we will be reduced to one hamburger a month. As more informed news sources pointed out, this was not true. In fact, the suggestion about cutting down the amount of meat we eat was an academic study that was intended to do some academic-type calculations about whether a reduction in this type of agriculture would actually accomplish anything. The Biden administration did not reference this study and Biden's recent speech on climate did not call for such sacrifices.

But lots of right wing commentators ran with the story. I heard one talk radio host going whole hog on these very charges, calling Biden every name under the sun and (as usual) attacking the Democratic Party for being authoritarian, or whatever word it is that they use for this concept nowadays.

Of course Biden is no fool and he has been around politics for a long, long time, so he wouldn't have made such a suggestion (or even prediction), knowing full well that it would have made him into the object of derision and laughter. But the right wingers on the talk radio circuit and Fox television figure they can continue to scare their listeners, who they must think are totally gullible to buy into all the nonsense.

Then, a few days later, we got another big lie from the wingers. They claimed that there must be some government conspiracy to buy up large numbers of Kamala Harris's book to give out to refugee children being housed in the Long Beach Convention Center. This was a speculation based on a photograph of books that had been collected in a book drive. Yes -- a book drive -- you know, where Long Beach locals donated their own books to be given out to the children.

Of course the story turned out to be false. The Long Beach locals pointed out that they had no evidence that even one refugee child had the Harris book, just that they had received one copy in the book drive. And no tax dollars went into purchasing any of the books.

What's interesting about these two stories is that any trained reporter could have run them down in half an hour, and found that they were (and continue to be) totally false. But supposed news sources ran with them anyway, in spite of how fishy they would look to any editor who had had more than a week on the job.

Hey, conservative readers and listeners: Your sources must think you are really gullible.

One last remark on the gun issue

My last article repeated the question I had asked previously: How many deaths by mass shooting is acceptable to the gun lobby? Yes, this is kind of a rhetorical question. I suppose that most of the pro-gun-ownership group cringe a bit when they hear of the latest massacre. But when I ran the column, one commenter responded (among his other points) as follows:

I invited people to consider that second sentence: "Only 403 were murdered with rifles."

There is no expression of remorse here, no sense of sadness, merely the point that it was "only" this number of 403, itself relatively small compared to the more than 15,000 murdered either with pistols or possibly with uncounted rifles.

Another commenter then criticized my column for quoting this number of 403 as one answer to the question, "What is the acceptable number . . . "