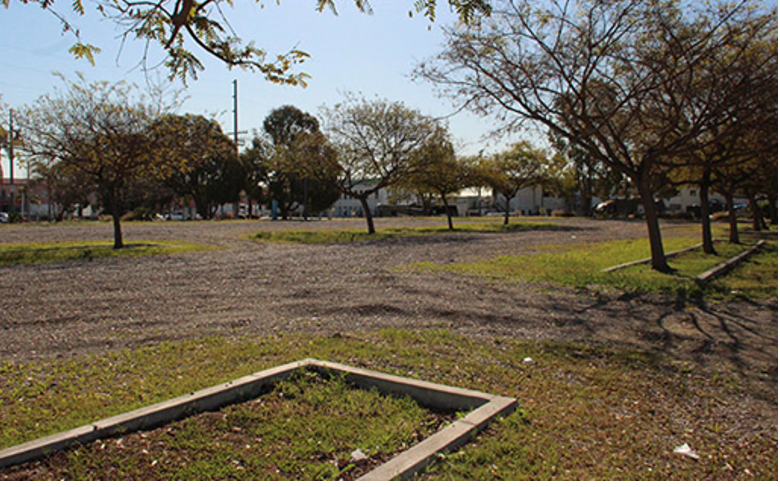 AT LENGTH-I was reminded this week that one of the subtlest yet insidious forms of censorship is just not to be invited to the meeting where you don’t ask uncomfortable questions.

As a journalist, this happens more often than you might expect and with the virtual meetings of the pandemic, it’s only gotten worse. Let me explain.

In my last column, “Economic Refugees and Safe Encampments,” I argued for port properties, Lots E and F at the foot of 22nd Street in San Pedro, to be used as a site for a safe homeless encampment. This issue was first addressed at a March Board of Harbor Commission meeting where as the designated representative I was given five minutes to read, but not discuss the motions from two neighborhood councils.

I filed a public records act request with the port after Gene Seroka, the executive director of the port, responded to two San Pedro Neighborhood Councils requests for a temporary use of the same property to serve the homeless. He replied both during a Harbor Commission board meeting and in a letter to the neighborhood councils that, “these lots are situated on a site that contains contaminated soil.”

The site is currently under oversight by the Los Angeles Regional Water Quality Control Board, and use of it for homeless individuals could jeopardize their health. Once cleanup of the contaminated soil is completed, a health risk assessment must be conducted to consider what types of uses are appropriate for this location going-forward. Second, Lots E & F are currently being used to support development of the waterfront. Specifically, they are needed as overflow parking lots by tenants of the former Ports O’ Call site.

The problem with the virtual Board of Harbor  Commission meetings is that even as an allowed speaker, I couldn’t be seen on the Zoom video and the syncing of the video with the phone audio was frustratingly dysfunctional. Yet the motions were presented and Seroka did respond, similar to above. But there could be “no discussion” because of their interpretation of the Brown Act — a curious interpretation.

In Seroka’s formal written response to the neighborhood council presidents, he stated the same position. Then his letter gets placed on the agenda item for a private meeting consisting of neighborhood council presidents and the executive officers at the chamber of commerce. This was a meeting few area residents knew about and did not adhere to the Brown Act. I was intentionally excluded from attending even though the Central San Pedro Neighborhood Council voted for me to speak on this issue on its behalf. Yet, the invitations sent out by Augie Bezmalinovich didn’t include one for me, with the permissive acquiescence of Lou Caravella, the new president of CeSPNC, who had only held the title a week drinking the Kool-Aid.

So there’s a private meeting, with an overwhelming number of port employees and a bunch of people who couldn’t read (or care to read) a toxicology soil study if they were forced to.

My point is that even though Seroka has admitted that the “homeless crisis is an existential threat,” he and others don’t get that it’s an “immediate threat,” not just to the unsheltered but also to the entire community. And that if this is a crisis, then it should be addressed as a crisis with an all-hands-on-deck kind of cooperation from all departments of the city, including POLA.

What I find unacceptable is that in the world’s wealthiest nation, in the shadows of America’s most profitable ports, less than half of 1% of our population is living in destitute poverty. This has nothing to do with being existential — it’s just morally wrong if not economically stupid.

However, what we have gotten in the form of an excuse is a fact that reveals something the rest of San Pedro and all of Los Angeles have long ago forgotten (kind of like the DDT barrels dumped in the San Pedro Channel) — that the parcels of land down near lots E and F, once known as the GATX Annex, are still contaminated from an industrial fire that happened there almost 50 years ago! A San Pedro News Pilot article written by none other than Xavier Hermosillo recorded this event. The toxic mix of chemicals at that facility was later further exposed in Random Lengths News’ very first issue in 1979.

Don’t get me wrong, there has been some “remediation” of this property over the years. Yet, if you travel down 22nd Street you’ll see a large parcel completely fenced off — that was GATX. That fenced off area was not Lot E and F,  formerly known as Warehouse 12. The areas called Lot E and F are being used as a public parking lot.

James Campeau recently emailed me saying, “I think the port has put people in danger over many years with their contamination BS, as they have allowed use of Lot E & F as it is currently.”

Yet, it is not certain that the entire property is so contaminated as to be unusable. Campeau noted that, “after the 1972 fire at the GATX ANNEX, Warehouse 12 was used for 20-plus years after the fire. I think an attorney would love this case. The Port of Los Angeles wants it both ways. It is either safe or close it up.”

However, this is just one part of the not so public discussions that have been taking place while the rest of San Pedro have been in quarantine or otherwise preoccupied by not getting COVID-19 and dying.

Public attendance at virtual meetings has limited access for many reasons — old computers, lack of resources or the complications of being on the right-somebody’s email list to get the Zoom invitation. And that’s only if it’s not a private, invitation-only Zoom meeting.

The main reason why San Pedro and the rest of Los Angeles feel so disempowered is not that nearly everything can be found on your computer, it’s just that there is so much junk that gets on the internet that navigating around any particular website is like looking for Waldo — and then there’s the insidious censorship of not being given the password or link to actually speak at a virtual meeting.

Once people recover from this lost year of the pandemic, they are actually going to want to know what’s been going in their name while they’ve been in quarantine. You may just have to watch the archive Zoom videos where only 20 people showed up, if you can find them. But by then it will be too late to speak and be heard.

(James Preston Allen is the founding publisher of Random Lengths News. He has been involved in the Los Angeles Harbor Area community for more than 40 years. Allen is also an occasional contributor to CityWatch.)