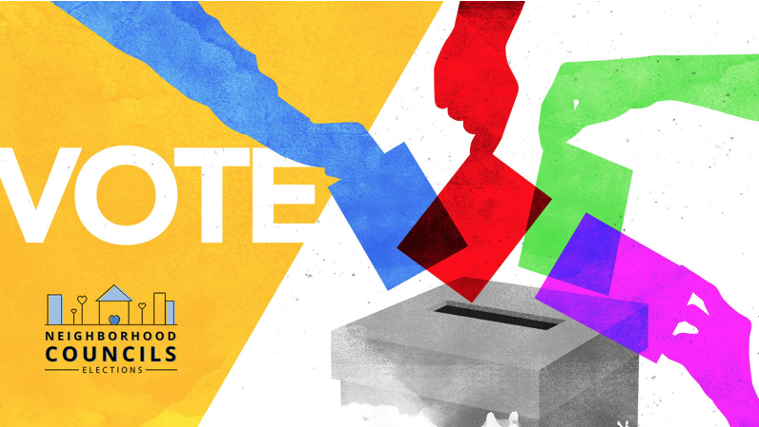 EASTSIDER-With their usual heavy handedness, DONE has proudly proclaimed what a wonderful tribute to democracy the 2021 NC Elections are going to be.

But the proclamations are hollow, the reality fraught with manipulation, and they have dragged the City Clerk in to front for this mess.

Ground zero in Region 8 is the election in Lincoln Heights.

As I wrote last year in a Citywatch piece called, “DONE and BONC In Full Meltdown and Impose Bylaws on Neighborhood Councils”:

“Continuing the theme of lawless imposition, let’s take a look at the total absence of due process, moral authority, and frankly, competence, by DONE and BONC. Looks like Lincoln Heights is ground zero. ”

And here we go again, with Lincoln Heights as ground zero. It now appears that a social media group called Lincoln Heights Intel, has decided to run a slate of 10 candidates to take over the Lincoln Heights Neighborhood Council as they allegedly fly the flag of Socialism! No kidding.

So here’s the part I don’t get: In Lincoln Heights, there are 26 Board seats. Yet when you look at the list of certified candidates, there are only 10 positions which have any candidates at all, and 6 of the 10 seats only have one candidate running.

Six out of ten is a majority, but even with all elected seats filled, they are still way short of the 14 needed to constitute a quorum and conduct business.

So just after I proudly did my math, I checked with a friend at LHNC itself to verify my count, and was told, oh no, you got it all wrong.

Yes sir, DONE did a little sleight-of-hand that doesn’t even show up in the documents for the NC elections. I, in my naïveté, was using the actual downloadable “Certified List of Candidates” provided by the City Clerk. Silly me.

It turns out that prior to running the NC elections, DONE knew they had a problem finding enough people willing to submit to their machinations, so they went out and got a number of existing Neighborhood Council Board members to agree to continue serving on their Boards.

In the case of Lincoln Heights, it turns out that there are nine (9) such incumbents; VP (1), Treasurer (1), Business Rep (1), Area Reps (5),  and a Youth Rep (1). Add them up and you get 9 LHNC Board members who don’t appear on any ballot and have been magically declared bulletproof, even though the term for NC Board members is normally two years (except for the below UPDATE).

Add these 9 existing Board members to the 10 actual ballot candidates for the LHNC and you get a total of 19. Magic! Just to further confuse matters, my LHNC source says there are actually 11 seats up for election, not the 10 which show on my downloaded copy of LHNC “Certified List of Candidates.”

If there are 5 seats up for election with no contest, under what theory don’t the incumbents show up on the ballot for Lincoln Heights?

By now I was starting to feel like Alice in Wonderland going down the rabbit hole.

In researching this article, my assumption was there are NC elections every two years, and Board terms are for two years. Yet in the Lincoln Heights Neighborhood Council Bylaws, Article V, Section 4 states, “The Term of office shall be for staggered four (4) years. There shall be no term limit.” Whatever exactly that means.

On the other hand, in the Glassell Park’s Bylaws (which I am familiar with), the language in Article V, Section 4 states, “Terms of office of Governing Board members are two (2) years. Those re-elected may serve no more than four (4) consecutive terms.”

At this point I have absolutely no clue as to what’s going on regarding election cycles and terms of office for the 99 Neighborhood Councils. And there doesn’t seem to be any straightforward way to figure it out without looking at each NC set of Bylaws -- most of which were unilaterally imposed by DONE.

Is something rotten in Denmark? Needless to say, you will find nothing about any of this in the official Election Manual.

So, now that we know that “No Election” really means there’s a combination of incumbents as laid out in their bylaws, plus candidates that actually show up as running for office, it is likely that these three Neighborhood Councils will continue to be certified and conduct business as usual. Even though there was a long-standing practice that elections are supposed to be every two years.

Just in case you thought Neighborhood Council Board members are all elected just like our real elected officials in normal elections, it is clear they’re not. DONE reserves the right to determine who gets seated on a Board. Here’s the language:

“3.13   Board Affirmation and Loss of Quorum

In the event there are no candidates for a single NC board seat,  that contest will  be omitted from the Official  Ballot.

In the event there are not enough candidates in  a NC election or if  there  are no competitive contests  (two or more candidates)  for all board  seats  after the List of Certified Candidates has been released, the election for the given NC will be suspended and canceled.  Any candidates that have been certified  will be seated by EmpowerLA through the Department's prescribed Board Affirmation process.

If there are not enough candidates to meet a quorum of the board,  EmpowerLA will use the Board of Neighborhood Commissioners' Loss of Quorum policy to seat a new board. For more information regarding this process, visit the EmpowerLA website at empowerla.org.”

I’m betting that where there aren’t enough candidates to have a quorum, DONE staff will be charged with running around to cobble together enough bodies to comply with this bizarre undermining of real elections.

And if that is not enough, there is still absolutely nothing in the 2021 Election Manual about election conduct. Thus, their inability to do anything about Lincoln Heights Intel. There are really no election rules, as CD1 found out when Councilmember Gil Cedillo attempted to delegitimize Lincoln Heights Intel.

I know this is a pretty tangled up article. If pieces of this missive don’t logically follow together, you’re right. I started out assuming these elections were just like the normal political elections you and I participate in every four years between Democrats and Republicans. Obviously, I was wrong. And I’m simply sharing my attempts to unravel the 2021 Neighborhood Council Elections as laid out in the handbook.

Whatever else, I think this “system” is incredibly complicated and vulnerable.

Just as the “Socialist” Bernie types won all they wanted in the Dems delegate election for AD 51 and because they are smarter than DONE and the City Clerk, I can envision a time when (if they want to) they can capture most of our Neighborhood Councils. This could happen because the Councils have been stripped of their ability to make real charges against the machine. You know, holding LA City politicians accountable to the people. Consequently, after almost 20 years, most stakeholders can’t be bothered to waste their efforts in time-consuming, meaningless gestures.

They may have hit on something. Imagine a bunch of them taking over Council after Council, with over $30,000 funding in each to play with! Now that could strike fear into the now clearly top-down entity called DONE. Not to mention a few LA City Council members.

There are few rules for running to be on a Neighborhood Council. And social media in all its forms allows anyone to create any kind of real or phantom group they want with no rules at all. Just imagine the ability to create whatever illusion a small group wants.

Add in Zoom-only meetings, a stakeholder definition that comes close to making anyone in LA a stakeholder in any Neighborhood Council, and an exclusively vote-by-mail election system. Wow.

Obviously, I’m using Northeast LA (Region 8) as my example, because that’s where I live; those are the Neighborhood Councils I’m familiar with. They are diverse communities which have been rapidly gentrified over the last 15 years or so and are relatively weak in terms of having any political ability to counter the developer-owned politics of LA City and its elected officials.

These NCs are perfect breeding grounds for the authoritarian and unaccountable behaviors of the current DONE General Manager, who can establish rules to impose almost anything on them because our City Councilmembers ultimately don’t give a damn. Their vision of DONE doesn’t include any of the normal reporting relationships of all other department heads.

As I have attempted to demonstrate here, I believe a large portion of our NC elections in Northeast LA are a farce, in the sense that they do not follow any of the norms we are used to in our official political elections. Three in Region 8 will not even have elections.

I’m sure that in the Valley and other places which have long had strong homeowner associations, their Neighborhood Council elections are more what a normal person would expect. But there may be a fair number of NC’s outside of Northeast LA that have a lot in common with us.

Ultimately, the system has digested the Neighborhood Council System and what we’re left with is an absolute failure of its core Charter mandate: holding elected officials’ feet to the fire.