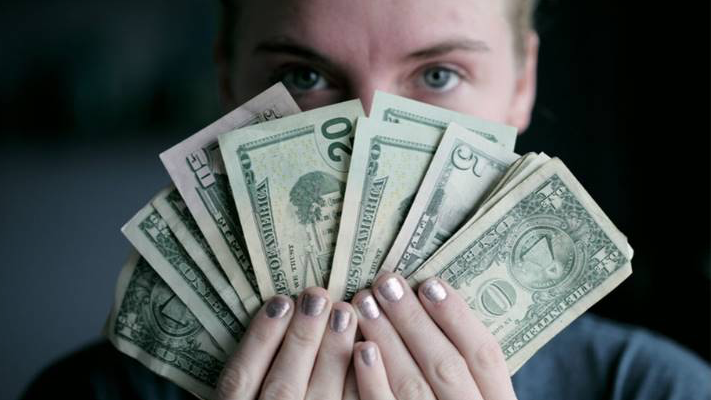 VIEW FROM HERE--When discussing the Monetization of Hate, we must include its sidekick Fear.

Fear super-charges Hate and significantly increases its monetary value.  While the political parties have become expert hate mongers, hate fueled fear really drives people to their check books.  The yahoos who attempted to overthrow the US government on January 6th hated “them” even if they were not certain who ‘them’ were.  Judging from their chants, they no longer feared that Jews would replace them, but Vice President what’s his name?  One forgets so easily once they're out of office, Oh Yes Mike Pence.  The chant was “Hang Mike Pence,” the GOP vice president.   Their fear was that Mike Pence would not ignore the vote tally in order to declare Donald Trump El Jefe for Life.  Hate and Fear make people do insane things.

Why Did Yahoos Attempt to Overthrow the Government?

The loss of the election was not the real origin, nor were Trump’s absurd claims. The motive was fear that the hated ones would assume control, turn America into a socialist state, and then the hated minorities would take retribution against the Whites.

Hate and fear are not new.  Look how easily God turned Cain against his own brother Able resulting in the first murder.  Suppose God had said to Cain, “Oh veggies, I love apples and cucumbers and avocados.  I appreciate your toiling in the hot sun to raise all these wonderful fruits and vegetables.”  And then God turned to Able and said, “You lazy lout. All you did was sit under a tree while the collie tendered to the sheep and then you murdered an innocent lamb. You call that an offering?”  Under this scenario, Abel would have slain Cain.

Upon learning that White Supremacists posed a significant threat of violence to the nation, the Dem Party seized upon this information to create Identity Politics. Identity Politics, like all racist programs, has two components: The favored In-Groups and the hated and feared Out-Group.  Although there were far fewer White Supremacist groups in the US than Jewish Community Centers, the latter do not attack others.  Propensity to violence was the danger.  Certain Dems like Pelosi saw a great opportunity to win elections.  This was the alea jacta est moment when things took a horrible turn for the worse.

Thanks to Martin Luther King, centrist and most leftish social justice movements in the United States are strongly anti-violence.  When building a political coalition to win elections, however, the dynamic of having your In-groups hate and fear the Out group is crucial.  White Supremacy and by extension all white people are the enemy.  People see what they are trained to see.  The classic Basketball Experiment demonstrates this aspect of human psychology.

We see this same situation with Asians, who are being attacked and murdered by White Supremacists, except that it not what is happening. An extension of the Basketball Gorilla false perception is the big lie that Asians are hated and unwelcome in the US. In reality, they rank at the top of favored groups.  Asians, however, also rank at the top of income groups and when your political party is obsessed with fund raising, it’s smart business to make Asians feel hated and in order to gin up fear so they will give big bucks to Dems.

We could choose to view the untick of attacks on Asians as based on physical size.  If our society were stratified by height and ethnicity were irrelevant, we would immediately see that larger people are attacking smaller people.  Just as most people never see the gorilla, they never notice that almost invariably the attacker is larger than the victim. The PC folks on the Left also become color blind and do not see that the majority of attacks on Asians are by Blacks and Hispanics.  Predators attack easy prey and Asians tend to be shorter.  It benefits the Dems to paint Asians as victims of White Supremacy similar to how Wokers blame the death of Daniel Pruden on White Supremacy, ignoring the fact that Rochester, New York is a Black and minority run city.

The extent to which our perceptions have been warped is shown by the fact that Asians can wear T-Shirts proclaiming, “I am Asian,” and receive kudos, but a white person’s wearing a T-shirt saying, “I am White” will be condemned.  If the truth be told, a lot of Whites have such positive images of Asians that they’d like to wear T-shirts saying, “I wish I were Asian.”

Propagandized into Racism So Others Can Make Money

As a nation, we have been propagandized into seeing race, ethnicity, gender, religion, etc.  The group into which one may be assigned is a private matter and is irrelevant in the public sphere.  Westerners, however, are predisposed to dividing into warring groups which is why the founding fathers warned that factions are a dire threat to the Republic. Factions divide people along group lines making it harder for a centrist government to promote the common welfare.  The GOP has gone so far as to stigmatize the common welfare as a positive evil which must be avoided.  Likewise, the GOP has weaponized liberty into the right to harm others. The Dems, however, readily abandoned the concept of liberty in favor of equality as equality is easily exploited by hate and fear mongers.  Their pattern is simple: show that the group is suffering some deprivation and then blame White Supremacy and by extension Whites, especially those who vote GOP. They get the appellation “Deplorables,” the D-word to parallel the N-word.  In case you have not notice, the Dems are dividing Whites into bad Deplorables and good Wokers.

The Monetization of Hate Conceals Our Real Problem – Predatory Abuse

Personal anti-Black, anti-white, anti-Jewish etc. racism would not matter but for predatory institutions which abuse people.  If abuse were seen as a horrid, personal disgrace which would result in instant social ostracism, it would not matter if a cop disliked Mexicans.  There would be no Derek Chauvin’s on any police force. BLM focuses on systemic predatory abuse because it is the foundation on which Blacks are excluded from having individual inalienable rights.

The Engine Which Drives Divisive Racism is Monetization of Hate

Neither political party has any intention to cease the monetization of hate and fear.  The Dems, the GOP and their hangers-on make too much money from   dividing Americans from each other.