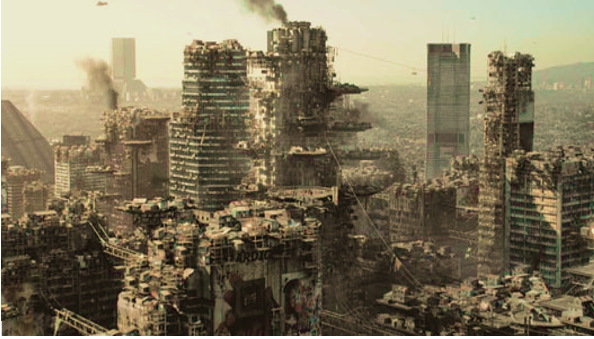 I wrote they should more accurately be called WIMBYs (Wall Street in My Backyard) because their free-market proposals front for corporate real estate interests. As for the YIMBY/WIMBY promises of cheap housing and increased transit ridership, send a text message if you ever stumble on it.

In last week’s column I upped the ante when I wrote that fauxgressive is a better label than WIMBY for these modern-day alchemists, since they endlessly search for a magic formula that can transform rundown neighborhoods into urban utopias through private investment. This is because in Los Angeles and elsewhere, these followers of urban Reaganomics have rebranded themselves as “progressives.” Despite this deceptive packaging, the fauxgressives still hold to the same neo-liberal message: eliminate government housing programs and land use laws to solve the housing, transit, and climate crises. They claim that if developers were no longer subject to laws and regulations, they would build a tsunami of affordable, sustainable, transit-oriented housing. Uh-huh!

Unburdening by a basic understanding of capitalist economics, the fauxgressives imagine that somewhere lies an undiscovered formula that will make their free-market fever dreams come true.  Apparently, they also think that a persistent critic, like me, can help them with their modern alchemy.  They imagine that hidden in my Planning Watch columns is a 25-carat diamond that developers can use to turn old, centrally located real estate into new below-market-rate apartments.

Until now their only response to my criticisms was mud-slinging. But I recently received multiple invitations to join a housing panel with a local fauxgressive group. I replied that if I finally heard their response to my belabored critiques of their proposals, I would participate. Several months later, the phone is still dead.

Not long later a neighbor contacted me who wanted to talk about housing issues. We spoke, and I soon realized I was talking to an earnest fauxgressive. At every turn in our conversation, he grilled me for a formula that would tweak the private housing market so it would build low-cost housing, not luxury buildings. I told him that there was no such formula. What he sought clashed with the basic features of capitalist economics; private investment is guided by profit. Without it, investors look elsewhere. In the case of housing, every solution he offered, such as deregulating zoning or streamlining the permitting process, resulted in a higher profits for market housing. It never has and never would prompt private investors to build profitless low-cost housing.

I made it clear that if this remained his goal, he faced three options: One, was to restore the many public housing programs slashed since 1970. If they had been retained, there would now be more public housing units available than the pre-pandemic estimate of 565,000 to 1,650,000 homeless people in the United States. He simply ignored this suggestion.

His second option was to increase the minimum wage, so more people could afford market housing.  His rejected this popular proposal because he thought landlords would raise rents to capture their tenant’s additional income.

His third option was down-zoning, the opposite of the fauxgressive program of widespread up-zoning.  I wrote him that down-zoning would encourage developers to apply for extra height, size, and density, in exchange for inspected low-rent apartments. Since these zone changes decrease property values, however, I doubt that fauxgressives would support it.

At the end of the conversation, he told me he was running on the misnamed neighborhood council Progressive Slate I debunked in a recent Planning Watch column. Revealingly, my well-spoken phone partner never claimed to be a “progressive” or embrace progressive housing policies. He later wrote me that maybe landlords needed subsidies in exchange for low-priced housing, but when I asked him if this meant restoring public housing programs, he did not reply.

If logic and the historical record determined housing policy, the fauxgressives would have to abandon their endless search for an elusive program that allowed private investors to profitably build and operate low-priced housing. Just like alchemists once believed in non-scientific chemistry, the fauxgressives believe in the supposed “law” of supply and demand. What they don’t understand is that housing demand is nearly limitless. According to the LA Times, 600,000 people in LA want Section 8 housing.  But, since funding for this remaining HUD program barely exists, only 400 people manage to secure Section 8 housing before their vouchers expire. Tough luck for the 599,600 other Angelinos who hold the short end of the stick.

Despite this massive, demonstrable pent-up demand for low-priced housing, there is no market trick that will expand the supply of affordable housing. In fact, this failure of supply and demand economics helps explain why the housing crisis is getting steadily worse. Poverty and income inequality are increasing, along with the price of housing. As a result, millions of people have been priced out apartments and houses. At the same time there is a boom in housing prices. This is great for sellers, but this economic trend further aggravates the already bad housing crisis.

A pathway to dystopia. If the fauxgressives have their way in cities like Los Angeles, we will soon have incontrovertible evidence that their schemes backfire. More of the same, means accelerated urban decline. 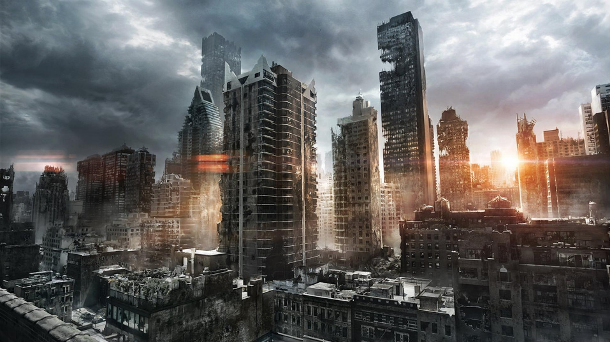 But, despite City Hall officials who never look back or ahead, it is not hard to imagine what a future LA would be like if fauxgressive policies prevail for several more decades. This would be a world in which many already observable trends would take Los Angeles to a dystopic breaking point.

In light of these bleak trends, would Los Angeles remain a destination city? According to a renowned urban scholar, the University of Toronto’s Richard Florida, Zoom and similar software have reduced the need for knowledge workers to live near work. In a penetrating article in the Wall Street Journal,  Prof. Florida wrote that remote working is here to stay. This new reality will hit destination cities, like Los Angeles, hard.  He argued that the well-off will be less inclined to move to cities like LA. In smaller, better maintained metropolitan areas, their salaries would stretch further. They can live in larger homes and afford amenities that they would have been too expensive in destination cities. In addition, they will benefit from better public schools, shorter commutes, convenient parks, better bikeways, and walkable recreation and shopping areas.

Given these alternatives, it is easy to understand why fewer people will voluntarily pay top dollar to live in an expensive city like Los Angeles, with its spectacular climate, but burdened by over-priced housing, bad air, long commutes, earthquakes, lifted sidewalks, pot-holed streets, puny parks, overcrowded schools, and a dying urban forest. Familiar? This future is already appearing in LA. If the market fundamentalists continue to have their way at City Hall, the Los Angeles of the future will resemble the dystopia of Bladerunner. Life will imitate art.

Good planning could prevent many of these trends, but it is not part of the fauxgressive lexicon. For this to happen, readers, like your, need to move into a higher gear.

(Dick Platkin is a former Los Angeles city planner who reports on local planning issues for CityWatch. He serves on the board of United Neighborhoods for Los Angeles (UN4LA) and co-chairs the new Greater Fairfax Residents Association. Previous Planning Watch columns are available at the CityWatchLA archives. Please send questions and corrections to [email protected].). Prepped for CityWatch by Linda Abrams.