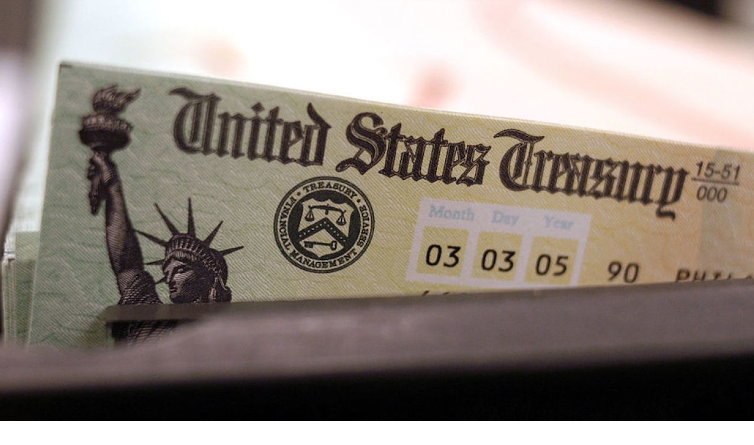 GELFAND’S WORLD--The $1.9 trillion Covid-19 relief bill passed by the Senate as the American Rescue Plan Act is a big deal.

Why? When you look at it, it's not really all that revolutionary. It contains the $1400 checks that a lot of people have been hoping for, along with financial aid to counties and states.

It is a big deal, though, because -- unlike the 2009 stimulus bill enacted during Obama's first year in office -- it is a serious attempt to provide a stimulus that is of  an appropriate size to deal with the level of loss that the economy has suffered. That's what the word Stimulus refers to. Unlike back then, this one is probably high enough to do the job.

It is good faith legislation designed to cure some defined ailments.

The second reason is that it was, in effect, the Democrats calling the Republican bluff about bipartisanship. As so many pundits have explained, when Trump asked for a big-ticket Covid relief bill early on in the pandemic, the Democrats joined in the effort. The $2.2 trillion CARES Act was passed by 96 - 0 in the Senate and 419 - 6 in the House of Representatives. That's about as bipartisan as it gets. The president asked for the biggest relief bill in American history and both parties cooperated -- not only with him, but with each other.

This time around, the Republicans under McConnell are going back to their Obama era antics of obstruction and delay. We are yet to see a Republican vote for this round of economic support. The act passed in the House by 219 - 212 and in the Senate by 50 - 49. The reason the Republicans did not match the Democrats' 50 votes with their own was mere accident, in that one senator had a family emergency. Otherwise it would have come down to a tie-breaking vote by Vice President Kamala Harris.

Thus the sum total of Republican votes in both houses was a big zero. Zilch. Nada. Nothing. It will be hard for the current party of Mitch McConnell not to be compared to the same organization that fought Obama's Affordable Care Act. It took an extended political miracle to get to where we are now -- the election of two Democrats to the Senate in formerly confederate Georgia, and the whipping together of 100% of Democratic senators in the final vote.

The fact that the Democrats maintained a strong level of party unity in both houses is demonstrative. The nitpickers are pointing out (legitimately) that the Democrats made some concessions to their two most conservative senators Manchin and Sinema, but the main core of the bill got through. And more than just the politically advantageous $1400 relief checks, this bill includes aid to vaccination programs and a smidgen to county governments.

The third reason the passage of the American Rescue Plan Act is a big deal goes to the possibility of passing another big deal, known officially as HR1 (The For The People Act), and colloquially as the voting rights bill. Since this bill would go a long way towards curbing the voter suppression that Republican state legislatures are currently trying to enact, and would repair some voter suppression that already exists, it is hugely important.

Think of it as the Act that makes other important acts possible. We know that the upcoming redistricting would be skewed Republican in every Republican controlled state. It's what they have been promising.

We are looking at a round of gerrymandering that could be even worse than presently exists. In addition, there are lots of bills being considered in Republican states that are aimed at suppressing the votes of poor people. The R's don't make a secret of their intentions. Actually, they are pretty brazen about it.

They are trying to take back both houses of congress as early as 2022. That would signal the end of the activist period of the Joe Biden presidency. Midterm elections often skew towards the party that does not hold the presidency, which is probably the most oft-quoted cliche of the current era. It doesn't have to be that way. HR1 would be a tool in preventing it from happening.

The problem for HR1 as it comes to the Senate is that the Democrats have not (so far) managed to put together 50 votes to abolish the filibuster. They certainly are not going to find 10 Republican senators to support HR1. The question that is just now being raised is whether the Democrats can find a way around the filibuster rule without making its abolition official and total.

The congressman who did the most to make Joe Biden the president (by endorsing him in the South Carolina primary) is James Clyburn. He had the following pithy advice to Democratic senators who may be on the fence, as quoted by Summer Concepcion in a story in Talking Points Memo:

“If Manchin and Sinema enjoy being in the majority, they had better figure out a way to get around the filibuster when it comes to voting and civil rights,” Clyburn said.

"After stating that he is not necessarily advocating for the elimination of the filibuster, Clyburn added that the Democratic Party “would do well to develop a Manchin-Sinema rule” when it comes to getting around the filibuster regarding issues on race and civil rights."

So there it is. Democrats with clout are giving Manchin and Sinema a tiny bit of wiggle room in terms of supporting the filibuster. Go ahead and pretend you aren't abolishing it, but make sure that you abolish it for the next big ticket item that the rest of us really want.

This is also not all that revolutionary. The filibuster is effectively gone for appointments of federal judges and Supreme Court justices, just as it is for the big budget bills like the one the senate just passed. Clyburn and others are just calling for the next logical step.

The goal ultimately is getting rid of the kind of filibuster that is, in effect, a legislative chamber veto. And by the way, there is nothing in the Constitution or the Declaration of Independence that says anything about the right to filibuster. It is just an adaptation to the earlier set of rules that allowed a senator to "call for the previous question," the motion that most of us know as "call the question" in a club or neighborhood council. It is also most famous for having been used to stall the passage of civil rights legislation.

So will there be a Manchin - Sinema rule?

On Sunday, senator Joe Manchin (D. W Vir) was interviewed on Meet the Press. Pundit Josh Marshall was fairly optimistic after listening to Manchin, because Manchin did not state that he will never ever support any modification of the filibuster rule. He did suggest that he might support a reversion to the days when a senator actually had to stand up and speak on the floor of the senate in order to stave off a bill being taken to a vote. You can hardly find an op ed or a political column today that doesn't mention Mr Smith Goes to Washington.

But that's not really the question. The real point is whether the majority can eventually call a halt to debate and take a bill to a vote. The current system -- even were it to revert to the requirement that the minority party hold the floor through actual speaking -- is theoretically capable of the minority running out the clock on an entire year's session. That's because each senator, even if he is near to collapse, can hand the floor off to somebody of his own choosing. The group that is filibustering can theoretically keep handing the floor to their own people, no matter how many times they have already spoken.

But suppose the Democrats were to take Manchin at his word, and agree that any senator can speak for as long as he wishes. But then let's add one additional provision, such that any senator who has not yet spoken has precedence in being recognized over every senator who has already spoken. This is the same rule we use in our clubs and neighborhood councils when we go by Roberts Rules.

If that were the rule, then Mitch McConnell and each of his 49 fellow Republicans could each speak for as long as he is able, but it's hard to imagine that any of them is physically able to hold the floor for more than 24 hours. (Historically, the record is right around that mark.)

In that case, every minority party senator could speak his fill, but it is unlikely that the filibuster would go beyond 50 days. And once they all had their chance, then any Democrat would be recognized next, and that would lead to a floor vote on the bill.

In practice, filibusters wouldn't be likely to go on even that long.

Manchin was adamant in his Meet the Press interview about making sure that every senator has a chance to participate. This would be a way. We could even imagine quorum calls and specified times for amendments to be offered (and voted down).

So the next big question is whether the last two Democrats in the Senate are willing to bend the filibuster enough to pass a historic civil rights act. The Republicans would refer to this action as taking the nuclear option, but remember that the same thing was done by Mitch McConnell when he had Supreme Court appointments to pass.

This is a critical and historical moment, with two otherwise unimportant senators holding the cards. Breaking the filibuster could lead to other important additions such as Supreme Court reform, an action that is, in its way, equally important with the current voting rights act. Statehood for Puerto Rico and the District of Columbia would also be possible in an era of a weakened filibuster.

Bob Gelfand writes on science, culture, and politics for CityWatch. He can be reached at [email protected]