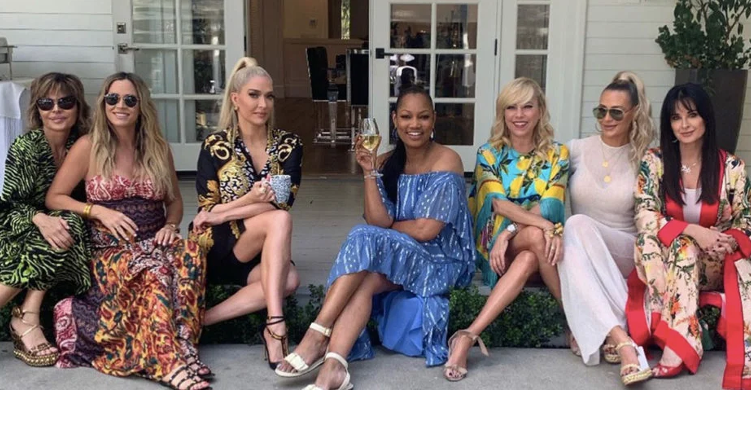 MY TURN--Sometimes, one waits for the other shoe to drop, but in the Erika Jayne - Tom Girardi saga of lust, power and greed, there’s a whole closet full of designer shoes to stumble forth.

On March 6, 2021, Mechanizer's News Business Finance lay the foundation for Real Housewives of Beverly Hills (RHOBH) to lay waste California’s most predatory and corrupt institution, i.e. the Judicial System. Likewise, on December 18th LAW.Com The Recorder jumped on bandwagon with “The World Is Catching Up” by Amanda Bronstad”. (Photo above: Real Housewives of Beverly Hills.)

California’s judiciary is our state’s most secretive and most predatorily abusive institution, ruining the lives of tens of thousands of Californians each year for the care and feeding of its judges and the retinue of hangers on. Currently, at the center of this corruption, one finds famed lawyer Thomas Girardi.  Let’s be clear that the vast judicial corruption did not begin with the current Supreme Court Chief Justice Tani Gorre Cantil-Sakauye nor has the corruption been limited to the state courts.  After all, Federal District Court Judge Manny Real held sway for decades (1996 - 2018), but Real did not fall into the orbit of RHOBH – so no one cared?

TV land has an insatiable need to know: “Where’s Erika Jayne’s money and who helped hide it?” The enquiring minds of gazillions of RHOBH watchers want to know: Is sweet little Erika out in the cold with no cash now that hubby has said he has no money or is their loot stashed in offshore bank accounts which judges love so much?

The thing which should frightened the bejesus out of Justice Tani is that the tabloids pay for insider information. Think of all the abused secretaries and law clerks in all the courtrooms up and down the state who have witnessed how the courts make sausage out of innocent people.  Who sits at the top of this institutionalized corruption? The Chief Justice. She controls not only the courts but also the Commission of Judicial Performance, whose function is to protect corrupt judges, and the State Bar, two of whose main functions are to (1) protect the well-connected attorneys like Girardi and (2) to abuse honest attorneys who expose corruption.  Remember, a fish rots from the head down.

“The vaunted Los Angeles trial lawyer [Girardi] a regular on “Real Housewives of Beverly Hills,” and his firm were sued more than a hundred times between the 1980s and last year, with at least half of those cases asserting misconduct in his law practice. Yet through it all, Girardi’s record with the State Bar of California, the government agency that regulates attorneys, remained pristine.”   Mechanizer

Former US Attorney Richard I Fine, on the other hand, was disbarred and thrown in jail for exposing the fact the Los Angeles Superior Court Judges were getting millions of dollars of illegal compensation from LA County.  As Mechanizer makes clear, Girardi had been looting tens of millions of dollars from clients, yet his State Bar record remained clean. But, whistle blower Attorney Fine was thrown in jail on false charges manufactured by the courts in retaliation for exposing judicial corruption.   May 23, 2010 Los Angeles Daily News, Supreme Court Rules Against Jailed Lawyer Richard Fine, by Troy Anderson

Let’s take a look-see at Judge Holly Fujie who oversaw Girardi’s burn victim’s lawsuit where Girardi had allegedly pocketed $12 million of settlement money from the PG&E litigation.  Judge Fujie, who is a former State Bar President (2008-2009) and who reportedly has about $88 million offshore bank accounts, did nothing. Finally, U.S. District Court Judge Thomas Durkin in Chicago learned that Girardi had failed to pass on millions due his clients, widows and orphans and referred Giradi to the feds for prosecution.  After the Chicago federal court had taken action against Girardi, Judge Fujie set a hearing about her referring Girardi to the California State Bar. To date, Girardi’s State Bar page shows no discipline pending.

Reading the Mechanizer and Law.Com articles one gets a feeling for the scope of Girardi’s corruption involving the State Bar and in his deciding who became a judge and more importantly who did not become a judge.

It is the intersection of Girardi’s outrageous lifestyle and his influence and control of the State Bar and state court judges which threatens more than the tabloid world of Real Housewives.  Connect the dots and one will see that California judges knew that Girardi was spreading around excessive amounts of cash at the State Bar as well as hosting other private functions in Big Sky County ranch and Malibu estates.

“While under investigation for misconduct in 2010, Girardi bankrolled a lavish retirement bash for the chief justice of the state Supreme Court [George], which oversees the bar, even booking crooner Paul Anka to perform, according to news reports, court records and interviews with attendees.” Mechanizer  (If you’re old like Girardi and many judges, Paul Anka is a big deal) Mechanizer details more of Girardi largess on the California State Bar coinciding with his skating on his misappropriation of funds.

RHOBH fans should take glee in Jayne’s and Girardi’s hidden millions.  It’s a made for TV treasure hunt.  “The facts are beginning to come out,” said [Attorney] Spertus, who represents Finn and Sheldon [who are suing Girardi]. “Tom Girardi, who literally has over his career earned eight figures in attorney fees, is claiming to be penniless. He’s hiding his assets somewhere, and we are alleging that Erika Jayne and her production company and Girardi’s investment partnerships are all hiding Tom Girardi’s assets. No one can even spend the amount of money he’s earned.” The Recorder

Girardi seems to be following the lead of mafia boss Vincent Gigante, who feigned dementia for years in order to evade prosecution.  Claiming dementia, Girardi cannot remember where he put those tens of millions of dollars.  There’s gold not only in them thar’ hills but also in TV ratings. When there is money to spread around, there are the “little people” who saw things, know things and have court documents to nail everyone from the Chief Justice down.