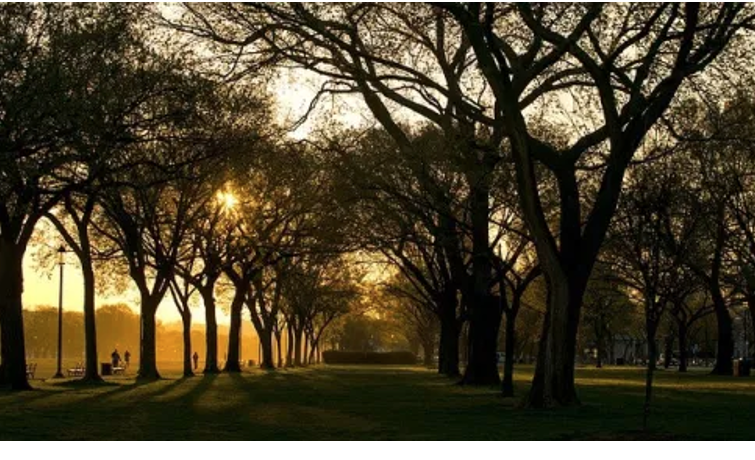 GUEST WORDS--It's no secret - marginalized communities in Los Angeles are in constant threat for falling victim to displacement and gentrification.

Everybody knows it, but very little has been done to address this crisis. Los Angeles is experiencing a housing crisis. The influx of internal migrants coming to the city, paired with limited residential space, creates a high demand for Los Angeles housing. As a result, we have seen housing costs skyrocket. According to the LA Times, the average rent in the city has increased by 65% since 2010, while median household income has only increased by 36%. More than half of the city’s residents are renters-- by necessity, not choice. In an effort to cut housing costs, many affluent individuals have begun moving to neighborhoods like Boyle Heights, Echo Park, and now Exposition Park— historically low-income neighborhoods populated by marginalized communities.

With a convenient rail line at the community’s disposal, its proximity to Downtown Los Angeles, and a substantial community of affluent USC students looking for housing, Exposition Park is becoming a tourist hub for Los Angeles—but at whose expense? Recent interest in this neighborhood has been supported by the district’s leaders and city planners, who support community development meant to serve the demands of tourism and rising populations. The buzz has led to a rent gap, and subsequently, has negatively impacted the community's long-time residents.

In a study published in Urban Geography, Allen J. Scott defines a rent gap as the disparity between actual rent prices and potential rent prices if the property value is maximized. This rent gap is what allows gentrification to take place. As a result, working-class community renters who have populated the community for decades are being evicted, displaced, and at worst—homeless. ArcGIS, a mapping and analytic tool, reports that about 45% of current Exposition Park residents pay more than half their income on rent, making them extremely vulnerable to displacement. Their replacement? More affluent individuals and students willing to pay higher rent prices.

As a lifelong resident, I have witnessed the distress and pain of displaced community members first-hand with no indication it will slow down. As reported by the Urban Displacement Project (UDP), displacement leads to lower test scores in children and lower earnings once they are adults, family relocation to neighborhoods with higher poverty rates, and further financial strain. UDP also reports that Exposition Park has experienced displacement as a side effect of gentrification since the 90’s and remains vulnerable to the threat. After experiencing this for 30 years, why are we still waiting for effective anti-displacement policies? While Los Angeles has struggled for a solution, other cities have made significant strides towards preventing community displacement.

Washington, D.C.’s Tenant Opportunity to Purchase Act (TOPA) is a form of tenant purchase that passed in an attempt to protect tenants from being evicted. Through this act, tenants are given the first option to buy their building if the landlord decides to sell. The Capital’s First Right Purchase Program (FRPP) provides financial, legal, and technical assistance, making it possible for them to do so. TOPA, coupled with D.C.’s FRPP has shown considerable success with anti-displacement in D.C.’s gentrified neighborhoods, and is even being lobbied in New York and Massachusetts. According to a report by DC Fiscal Policy Institute (FPI), FRPP has preserved 1,400 affordable housing units since 2002—units that will remain affordable for the next 40 years. Preserving housing through TOPA has also proved more inexpensive than other forms of affordable housing developments, an FPI study reports. Because all financial assistance is given in the form of loans, there is a good return on the investment— the money returns to the city and rebuilds affordable housing funds.

A tenant purchase policy applied to Los Angeles could preserve community culture, allow tenants to remain in their homes, provide homeownership opportunities, and conserve affordable housing for decades to come just like it did in DC, as reported in a study by FPI. Such a policy would eliminate the worries of rising rent and potential displacement for longtime residents of communities like Exposition Park.

A derivative of TOPA, California Assembly Bill 1703 (AB 1703), was passed in the assembly in 2020 and will soon be voted on in the senate. Pick up the phone, write letters, and tweet or tag your senators on social media showing your support of AB 1703. You can make a difference in conserving marginalized communities, like my very own of Exposition Park, and protect tenants throughout the entire state of California.

(Briana Barba & Precious Martines wrote this piece. They are school partners. They are both Master students at University of Southern California. If you have any questions, please feel free to contact myself or my partner at (949) 689-9425 or (323) 633-3103.)