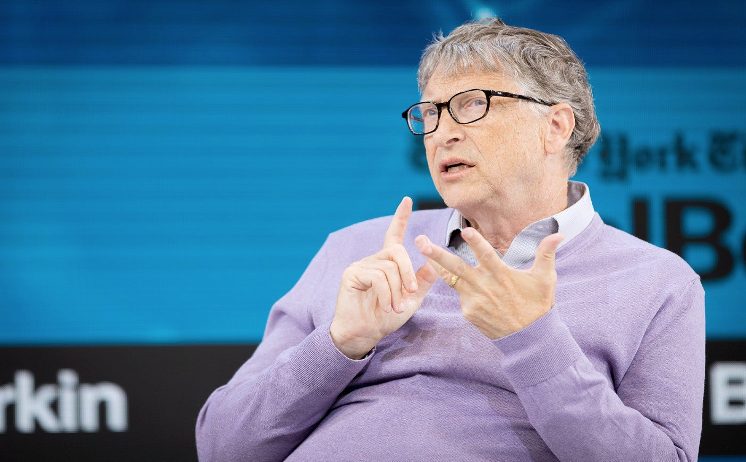 GELFAND’S WORLD--"There are two numbers you need to know about climate change. The first is 51 billion. The other is zero."

And this is how a new treatment of the global warming issue starts. It is optimistic at the same time that it is challenging. This new summary comes in the form of a book, How to Avoid a Climate Disaster, by Bill Gates.

The 51 billion number refers to the number of tons of greenhouse gases that humans are currently putting into the atmosphere. Zero is where we need to go. That doesn't mean we stop driving or building or flying, it just means that on the net, we have to stop increasing the levels of greenhouse gases. There are different ways we can do so, hence the optimism.

But there is some urgency. The increased severity of hurricanes, the altered growing seasons, and a myriad of other problems are as inevitable as they will be severe -- not to mention deadly to both man and beast. Bill Gates sets a target date -- the year 2050 -- as a not unreasonable moment to complete the work of ending human-caused global warming. To get to zero by that time, he asserts, is not impossible, although it will be hard.

That's it. But there is a lot in those 3 words. As mentioned, the world emits about 51 billion tons of greenhouse gases every year above the natural level. That's what we do. Most of it is in the form of carbon dioxide, with a small but significant part being methane (what we call natural gas) and some of it nitrous oxide. These gases have been building up in our atmosphere for a couple of centuries, with the fastest increases in the post-WWII years.

Prior to the industrial age, the earth was in a fine balance in terms of heat that was trapped by our atmosphere and heat which was allowed to escape. One effect of these gases is to trap heat that comes from sunlight, rather than allowing it to escape into outer space as it would otherwise have done.

Bill Gates retired from Microsoft a few years ago, put a large amount of his money into a foundation, and concentrated on trying to improve human life in the developing world. (That's where his interest in vaccination and agriculture comes from.) Gates was also convinced by his colleagues to develop an interest in climate change -- what makes it happen, and what it would take to get us out of it. The result is the book that, if didn't exist, would have had to be written by somebody. It explains the strategy in layman's terms, without using a lot of technical stuff.

Getting to zero is not as simple as many of us would think. I'm going to reproduce a list from the book (one of only a few lists) which summarizes the main categories, where the numbers are percentages of that 51 billion tons per year:

In a culture which has been steeped in commentary about jets burning fuel and cars burning gasoline, it's a little surprising that the construction industry and plastic industries put out more greenhouse gases than the power generating industry or the cars we drive. In other words, there are a few things for us to learn if we are to be a part of the solution.

Also, that we need to get to zero separately in each of these categories. There are one or two alternatives: If we can figure out how to suck carbon dioxide out of the air in a big, big way, then we can offset some of these numbers artificially. This might turn out to be the way we offset CO2 increases due to jet airplanes, for example. But in practice, we are more likely to get to zero with jet airplanes by making jet fuel in a sustainable way, perhaps by collecting hydrocarbons from algae or other plants.

This, in microcosm, is the core message of the book: We can do these things in each of these sectors. For some, we know how. For others we are going to have to figure it out. Gates refers to this process of research and invention as innovation. He recognizes that it is going to be a lot harder to innovate our way out of climate change than it was to spawn the desktop computer revolution, but -- he suggests -- it is possible.

Allow me to go off on a modest tangent and refer to the kinds of conversations you run into at cocktail parties or political meetings. You know, the ones where somebody explains pontifically that we can get by on solar, wind, and geothermal if we all just do our part (which means, I imagine, that we go vegan, abjure nuclear power, and ride the bus). It's a nice and tidy way of viewing the world, but it turns out that it is wrong. . . Not to mention unlikely, in the sense that seven billion people will not agree with these lifestyle choices.

Gates solves the problem of the cocktail conversation (or, for that matter, a serious discussion with a senator or the governor) with Chapter 3: "Five questions you should ask in every climate conversation." Those questions are:

That question number 2 is (he explains) shorthand for the fact that the manufacturing sectors are themselves the source for nearly one-third of all the greenhouse gases we produce. Making cement by itself releases CO2 directly, and we use a lot of cement. I should point out that Gates is polite enough to refrain from using a lot of chemical terms such as calcium carbonate, but you can take the discussion up a notch when you talk to the City Council if that is to your liking.

Bill Gates will present his book and be interviewed on a Writers Bloc internet program on Friday, February 19, at 11 am. (Disclosure: I am related to the founder of Writers Bloc). You can sign up (for a fee) to watch the program and get your own copy of the book. Here is the link:

Alternatively, you can get your own copy of the book at one of the usual venues. As I mentioned, this is the book that would have had to be written if it didn't already exist.

And one last tidbit. As part of the explanation of the economic complexities, Gates points out that volume for volume, gasoline is cheaper than Two Buck Chuck, the wine they sell at Trader Joe's.