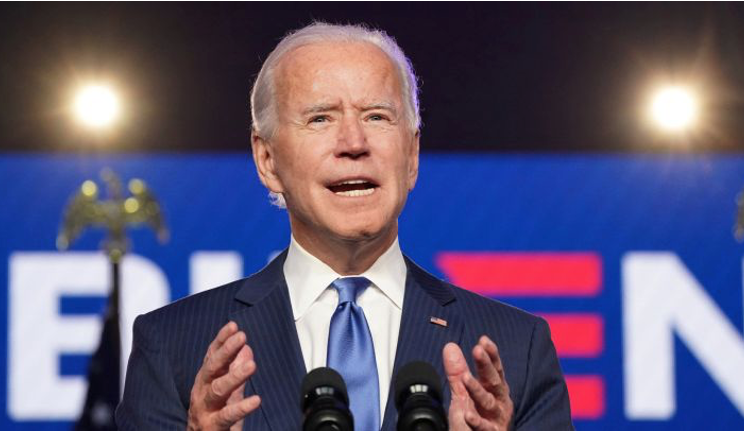 GELFAND’S WORLD--The Republicans are complaining that the new administration and its Democratic allies in the Senate are not really for unity, in spite of what Biden said in his inaugural speech.

And to one extent this is true, because when it comes to Biden's new Covid-19 relief bill -- to the tune of nearly two trillion dollars -- the Democrats are going it alone.

This doesn't really violate the Biden call for unity, as we shall discuss a bit later -- it's just that when Biden called for unity, he wasn't really expecting it to include the Republican leadership in the Senate.

So gosh darn. The Democrats are not counting on Cruz and McConnell to push their legislation through. In response, the Republicans are getting on your tv set and whining that Chuck Schumer is not working towards their idea of national unity.

There is a big difference between the terms bipartisan and unity.

One -- the term bipartisan -- refers to a legislative process in which two sides need each other and both are seen to be bargaining in good faith. It's something that used to happen back when Tip O'Neill was the speaker and -- even earlier -- when both parties had a mix of liberals and conservatives. There were northeastern Republicans (known for a while as Rockefeller Republicans) who voted a bit liberal on some things, and there were southern Democrats who held the line for Jim Crow. If you look back on the history of the 1964 Civil Rights Bill, you will find that there was a mix of Republican and Democratic votes -- the critical cloture vote, requiring 67 senators, passed with 27 Republican and 44 Democratic votes, with the final vote to pass the bill at 73 aye votes total.

If only it were that complicated nowadays, with both parties having liberals and conservatives . ..

Times have changed, particularly in the Republican Party, which has purged any taint of liberalism from its ranks.

For the Democrats, the approach had better be, "I was born at night, but I wasn't born last night!"

It would appear that the Democratic Party has figured it out. As David Leonhardt explains in a New York Times article, the Democrats remember that when Bill Clinton and Barack Obama first took office as Presidents, the Republicans obstructed everything the new presidents tried to do that would be of any consequence. The R's would provide no help for any substantive legislative achievements. Many of us can remember the Republican promise to make Obama a one-term president. It didn't turn out that way, but not for lack of trying.

So here is how Leonhardt explains the current strategy:

"So why isn’t Biden pursuing a two-step strategy — first pouring himself into a bipartisan deal and then following up with a Democratic bill that fills in the pieces he thinks were missing? Why does he instead seem to be leaning toward a single bill that would need only Democratic support to pass?

"The answer has a lot to do with history: For decades, congressional Republicans have opposed — almost unanimously — any top priority of an incoming Democratic president. Biden and his aides believe they will be playing Charlie Brown to a Republican Lucy if they imagine this time will be different."

Unity as an ideal

When Joe Biden spoke at his inauguration, he was standing in front of a capitol that had only two weeks previously been stormed and ransacked by an angry mob. That mob represented a subset of the Republican movement, but -- I would like to think -- it did not represent the whole party. There have to be a lot of Republicans who still believe in the idea of free and fair elections, even if they have a different idea about whether 2020 went down that way. They might come around to thinking that Democrats and Republicans are bound in a common humanity and a common American identity.

That's not what the demagogues on talk radio are telling them, but as this country comes through the pandemic and its concurrent economic turmoil, perhaps a strong majority of the American people will begin to understand that Democratic government is working well for them.

Biden was, I think, looking for that level of unity amongst the American people. It doesn't have to be a unity of political thought, just a unity of acceptance of this simple idea, that we can function as a Republic built around democracy and basic rights.

And Biden can do it without the senate Republicans for now.

Admittedly, when it comes to other legislation that is not subject to the budget reconciliation process, it will either require Republican help or an end to the filibuster. It remains to be seen whether the one is more likely than the other. My guess is that even Senator Joe Manchin will figure out that if he is to help the poorer people of West Virginia, he will have to support ending the filibuster. It is probably the only way to make substantive changes to the way this country works.

And just to toss a curve right here at the end, consider this: Suppose there were an attempt to do something about drug prices. We might start with allowing Medicare to negotiate for its drug prices, an entirely obvious tactic. I suspect that such legislation could only be passed by peeling off some Republicans to go with a less-than-unanimous Democratic caucus. I wonder if Schumer and McConnell would be willing to consider working together on this, thereby becoming heroes. Stranger things have happened.