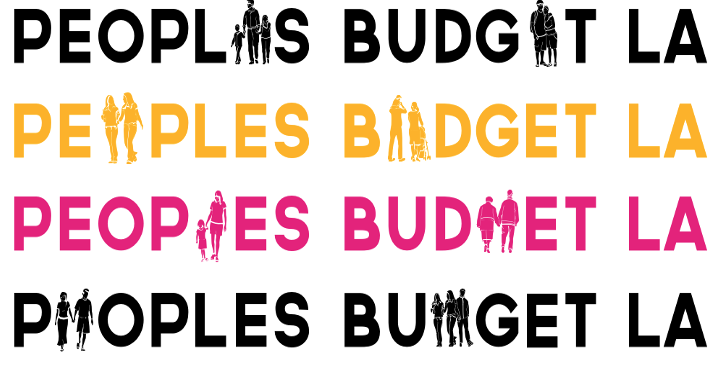 NEIGHBORHOOD POLITICS-A government’s budget is more than just allocating income and expenses. In selecting what our tax dollars are spent on, what to prioritize, it becomes a declaration of its (and our) values.

The underlying principle of a People’s Budget is that the people deserve a voice in how their money is spent, and that budgets should reflect community needs and priorities.

Their website states: “The People’s Budget LA is a coalition led by BLMLA (Black Lives Matter – LA) demanding a city budget that invests in the wellbeing of our communities with priority on supporting the underserved and marginalized.”

There are two underlying elements to The People’s Budget LA. The first involves the issues they support in order to build up that well-being in the face of the funding of a police force that is perceived as inimical to this societal shift and which drains community resources. The second is the desire to include every Angeleno in the budgeting process.

Their demands are for:

At least 618 people have been killed by police in Los Angeles County since 2013. George Floyd’s murder, graphically caught on camera on May 25, 2020, initiated the clarion call to #DefundThePolice.

Black Lives Matter-LA and the People’s Budget LA presented the results of their survey to members of the Los Angeles City Council on June 15, 2020.

They have held numerous town halls since and continue seeking to influence City policy with regard to their concerns.

Priorities of The People’s Budget LA

The most important issues called for by the People’s Budget LA, fall under the heading of Universal Aid and Crisis Management – child and youth development, economic assistance, emergency preparedness, environmental justice, food and housing security, and public health and healthcare.

Next up is what they refer to as Built Environment – fire department, libraries, parks and recreation, public transportation, and public works.

Perhaps too much focus has been on the fact that traditional law enforcement and policing would be left with less than 2% of their budget.

Their argument is that if the previous concerns are addressed, there won’t need to be such an aggressive and militarized police presence.

They may be conceptually correct but removing beat cops and SWAT response strikes fear into the hearts of many Angelenos – be they Black or White, Asian or Hispanic, living in Boyle Heights, Koreatown or West LA, Hancock Park, Leimert Park, or the Valley.

To be healthy and contributing members of society, humans need to be raised in environments where all their essential needs are met. When this doesn’t happen, there is damage to the individual and to society.

One of the first steps toward healing that damage is to create spaces where all these essential needs are all met – people must feel good about themselves to be able to rise above their anger.

Beyond the biological needs for clean air and water, healthy food, appropriate clothing, exercise, freedom from pain, and sex (we’ll disregard the last for now since the City can’t claim jurisdiction), there is a strong need for safety, for a safe home, safe spaces, secure finances, consistency, and stability.

Safety includes the absence of assault of any kind; this includes entrenched racist attitudes and policies as a form of systemic mental and physical abuse.

The possible vs. the aspirational

The People’s Budget LA calls for almost half of the City's General Fund to be spent on services that are currently covered by the County, State, and Federal budgets.

While there is evident need to instill human values into budgeting to make this the best city of Mayor Garcetti’s dreams, this is not a change that can be made quickly. Certainly, steps can be initiated now but, since it would involve renegotiating with other government entities and probably require not only amending the City Charter but also the United States Constitution, the process will take years, possibly decades, to complete.

Historically, there are unintended side results to changes, making it wise to implement any major shifts incrementally so they don’t overwhelm the process and can be resolved as they arise.

Reimagining the Los Angeles City budget to ensure the needs of all Angelenos in every neighborhood are met should start with incorporating positive solutions suggested by the People’s Budget LA with existing funding protocols and working with the County to align areas of mutual interest.

Taking under consideration the current realities of existing governmental structures as well as the economic impact of the pandemic, all parties should develop a long-range plan including aspirations and alternatives as actualities evolve over time.

Part of this will have to be an educational approach to change the priorities of individuals to embrace the need for community benefits over personal success, accentuating how the improvement of underlying social conditions will open options and reduce violence.

This will have to include making police officers who abuse their power and their supervisors personally responsible and developing an expedited, transparent process to remove them and ensure they don’t get hired in other jurisdictions. Since this is a grave concern across the country, a unified approach may at last be able to confine the excessive powers of the police unions.

Rather than a quota system, equality would evolve through a renewed emphasis on child and youth development, economic assistance, emergency preparedness, environmental justice, food and housing security, public health, and healthcare.

Other basic needs we have learned of during the pandemic are free-to-all broadband and computer/tech, without which the gap between the haves and have-nots becomes a chasm.

Because nothing comes cheap, the City must bear down on places where it can save money – by reducing lawsuits and the attendant pay-outs, increasing efficiencies, working more closely with other levels of government, and getting creative with available grants.

To become a better city, Los Angeles must make life better for all Angelenos. And building a better budget, one that caters to the needs of people first, is a beginning.

(Liz Amsden is a member of the Budget Advocates, an elected, all volunteer, independent advisory body charged with making constructive recommendations to the Mayor and the City Council regarding the Budget, and to City Departments on ways to improve their operations, and with obtaining input, updating and educating all Angelenos on the City’s fiscal management.) Photo:  Prepped for CityWatch by Linda Abrams.