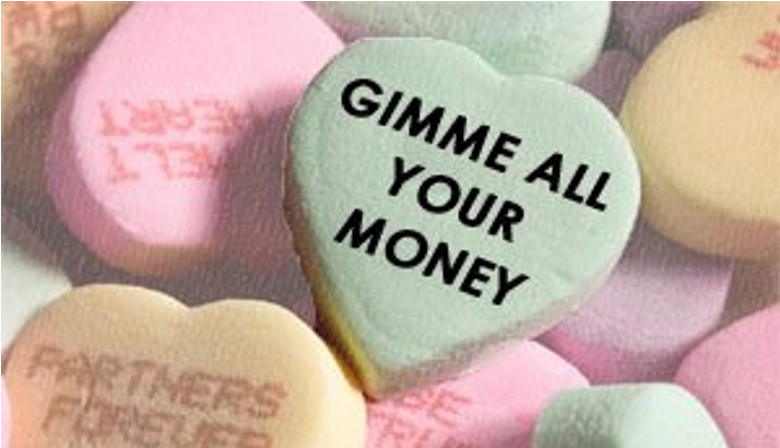 GUEST WORDS-The lure of easy money has a powerful appeal. What is easier money than Taxpayer money?

Our political leaders, elected to solve problems, throw oceans of dollars at problems only to see the problems get noticeably worse. This begs the question, who is to blame? The politicians that continuously vote for projects which squander our money and produce visibly poor results (like the Homeless epidemic)? Or ourselves, the voters, who continually reelect them? Is this the classic definition of insanity: doing the same thing over and over again and hoping for a different result?

The LA City Council is often criticized for its backroom deals with union officials. These negotiations have led to some of the most egregious compensation packages of any city in the country. According to OpentheBooks.com, Los Angeles is perpetually one of the worst in taxing and spending.

OpentheBooks asked all LA City Departments mentioned in this article for comment. No Department responded to their requests. OpentheBooks found 20,000 (not a typo) highly compensated City employees who made more than $147,000 and cost taxpayers nearly $3 billion. Two thousand of our City employees out-earned Governor Newsom, who earned $202,000.

As competent as he maybe, LAPD Chief Michel Moore scored huge paydays well over any normal paygrade. Moore's compensation was an arresting $590,764 last year, double-dipping his salary of $350,764 and collecting his $240K pension simultaneously. Adding to his sweetheart deal with the blessing of Los Angeles Spender in Chief, Mayor Garcetti, Moore "officially" retired in 2018, but the indispensable Moore was hired back 30 days later according to the LA Times and captured a $1,270,000 retirement payout, plus an additional $170,000 in unpaid sick leave and vacation time. The LAPD had 9280 employees hauling in $100,000+ with 451 Officers making an apprehending $200,000+.

30% of the LAFD are making $200,000+. Almost all LAFD employees made over $100,000. Due to our wildfires, 540 employees made over $100,000 in overtime. How about LA County's Lifeguards earning between $200,000 to $365,000, not including fee sunblock? LA Housing and Community Investment Department employ some 737 people costing taxpayers $55 million. The Director, Rushmore Cervantes, earned more than Dr. Ben Carson, U.S. Housing and Urban Development Secretary, and hauled home $254.937. His four lieutenants earned over $200,000 each. Over the last 20 months, as homelessness rose at an alarming pace against the previous year and a half, our 311-system logged more than 100,000 complaints about encampments. One might construe this as rewarding the homeless population expansion and a form of job security.

Our Council of 15 unanimous minds called the LA City Council earned $207,000 each -- more than all Congress members except for the Speaker of the House. Each City Council office employs 22 to 36 aides. Fifty-eight of these aides took home over $100,000.

Many believe Los Angeles is facing a $1,000,000,000 ($1 trillion) deficit by June. That may be a low figure as businesses remain closed and commerce crawls to a standstill due to continuing lockdowns. Currently, the City has a debt burden of $5.3 billion. This equates to a $4000 debt for every taxpayer in Los Angeles.

The City has promised over $64 billion in retirement and health benefits to its employees. The City is nearly $11 billion behind in payments to these benefit plans. The City is asking for a $3.9 billion Federal bailout. The way things are going, we might need more.

(Eliot Cohen is President Homeowners of Encino and active in the Neighborhood Council.  encinohome@homemail.com and an occasional contributor to CityWatch.) Edited for CityWatch by Linda Abrams.