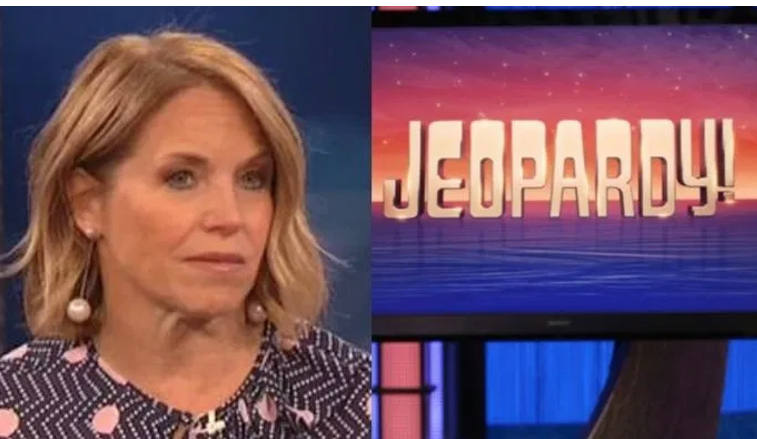 @THE GUSS REPORT-"The worm has turned" is a phrase that dates back more than 500 years and suggests, among other things, that a situation can change quickly and that if pushed too far, even meek beings may strike back at their antagonist.

In the great culture war of the 21st century, the notion of cancel culture, where people attempt to destroy others' lives for having a different perspective, has more successfully targeted and harmed conservatives than liberals. But it appears that news personality Katie Couric may be the most prominent liberal, and indeed the most famous journalist, to feel its sting after her appearance on the first episode of the new year of HBO's Real Time with Bill Maher.

"How are we going to really, almost deprogram these people who have signed up for the cult of Trump," is the line Couric delivered to Maher, who has urged his audience not to lump Trump's more than 74 million voters with those who raided the U.S. Capitol on January 6.

Couric (who spent 15 years working alongside Matt Lauer on the Today show but claimed not to know about the extensive sexual misconduct which destroyed his career) also pointed out to Maher that Capitol rioters weren't wearing face masks; an observation that she did not appear to make during the nationwide riots following the murder of George Floyd.

The backlash against Couric, according to some media outlets, is that Sony Pictures Entertainment, which produces the game show Jeopardy, is consequently reconsidering its rumored invitation to Couric to take a turn as one of its guest hosts while it searches for a permanent replacement for long-time host Alex Trebek, who died late in 2020.

Unlike most game shows, Jeopardy deliberately lacks flashing lights and sophomoric antics, cultivating a reputation for intellect among its carefully chosen contestants and devoted fans, resulting in an older, more conservative-leaning audience.

To be clear, Couric isn't the only journalist to publicly express her stated perspective about roughly 25% of the American population. Eugene Robinson, the Pulitzer Price-winning columnist for the Washington Post, said the same thing on MSNBC a few days before Couric. But the difference is that he expressed it on the left-leaning network on whose morning show, Morning Joe, Robinson is a long-time contributor.

Couric's mistake was thinking she could grinningly sell the same sentiment to a different audience. Sony Pictures knows that that would chase advertisers away from its classic hit that dates back to the early 1960s, but which has roots in the early 1940s when CBS Television Quiz was the first show to provide answers and challenge contestants for their respective questions.

With everything that studios and Madison Avenue know about consumers, recoiling on Couric was undoubtedly the right move for them. And if the rumor of Couric's un-vitation to guest-host Jeopardy already found its way into the news media, it is most likely fait accompli.

And that leads to this question: if conservative-leaning Americans, not just Trump supporters, see that exercising their purchasing power to make Sony Pictures think twice, they might turn their sites on other behemoths like Amazon, which recently knocked into oblivion Parler, a burgeoning competitor to Twitter's heavily censored left-skewing platform.

In the same way that Jeopardy's audience spoke loudly to Sony Pictures about Couric, what would happen if a large swath of Trump's 74 million voters shifted their online shopping from Amazon to Target, Alibaba and Wal-Mart, which also owns an 81% stake in Flipkart, and elsewhere.

Amazon, whose market capitalization deservedly tripled during the pandemic, owns Robinson's other employer, The Washington Post. But with a light at the end of the Coronavirus tunnel, it may not be a good idea for it to explore how far it can push tens of millions of customers who may decide to shop elsewhere just as life starts getting back to normal.

(Daniel Guss, MBA, was runner-up for the 2020 Los Angeles Press Club journalism award for Best Political Commentary and has contributed to CityWatch, KFI AM-640, iHeartMedia, 790-KABC, Cumulus Media, Huffington Post, Los Angeles Daily News, Los Angeles Magazine, Movieline Magazine, Emmy Magazine, Los Angeles Business Journal, Pasadena Star News, Los Angeles Downtown News, and the Los Angeles Times in its Sports, Opinion and Entertainment sections and Sunday Magazine, among other publishers. Follow him on Twitter @TheGussReport. His opinions are his own and do not necessarily reflect the views of CityWatch.) Prepped for CityWatch by Linda Abrams.