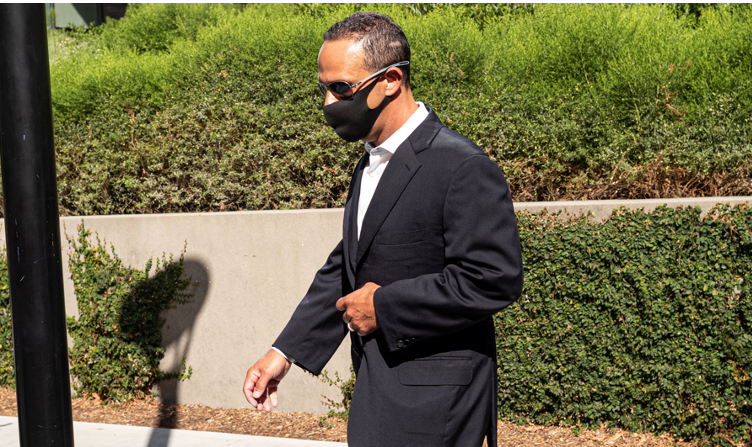 In the weeks leading up to his sentencing for his role in the FBI's probe into pay-to-play corruption at City Hall, former councilmember Mitchell Englander and his attorney have submitted to you numerous pleas for leniency from dozens of friends, family members and former colleagues.

In most criminal cases, the "victims" are afforded an opportunity to address the court on what would be a fair and just sentence. “Of course Englander should get a harsh sentence, unless he spills about the misdeeds of the other council members and Eric Garcetti," a member of the public told me anonymously, worried about retaliation and intimidation.

But Englander has not blown the whistle. Instead, he's agreed to lying to the FBI in order to cover up the other crimes that the FBI had alleged that he committed. As the Court considers a just punishment for Englander -- an unusually powerful and punitive public official who never met a recidivist sentence enhancement or punitive policy that he didn’t appreciate -- I submit the following considerations.

The Court may or may not know that Englander is the nephew of Harvey Englander, a lobbyist who has spent the last decade in partnership with Matt Knabe, the son of the former Fourth District County supervisor, Don Knabe.

Even as I was dragging the Knabes into an exposé on KCET's SoCal Connected about "Family Ties" and into the pages of the New York Times for their egregious self-serving handling of the county's golf contracts (repped by the firm), Mitch Englander was teeing up more of Uncle Harvey's clients at 1st and Spring.

In pleading guilty to lying to federal authorities, Englander will avoid a trial and further embarrassment about what is being painted as an ill-advised, "hangover" style "boys will be boys" misadventure in Las Vegas.

Hardly. This was not Englander's first fall from grace. He ran his district office as something like a fraternity house.

In fact, during his pre-#metoo reign in District 12, his office agreed to settle payouts to resolve allegations made against the current Councilmember, John Lee, who accompanied Englander to sin city. The City offered the victim $75,000 if she promised to destroy any evidence on Lee, now forever known as Staffer B. But neither of the men took responsibility, and the taxpayers were left with the tab. The victim was given a job at LA Family housing.

Also worth noting, Arnie Berghoff, a lobbyist who provided a testimonial for the Judge, called Englander a great fundraiser for Diabetes, but failed to mention that he shares an office suite with Englander's Uncle Harvey.

These lobbying firms gather millions of dollars in fees from an astonishing list of companies, including Taser/Axon, over which David Zahniser and I dragged Englander into the newspapers for a similar "bros will be bros" boondoggle to Arizona. This was where Englander capably mopped up thousands in campaign contributions from Taser executives and spouses while the company was bidding for a $75 million dollar bodycam contract with the City of LA.

And in 2016, we were astonished to hear from Arnie Berghoff. We wrote about the fact that LA City Council meetings would be cancelled for the week so that Berghoff and his client, Cisco, could escort Englander, Curren Price, Gil Cedillo, and doe-eyed Bob Blumenfield on a “smart cities tour” of  Germany and Denmark. Think Vegas "Hangover," European Edition.

On December 12, 2018, his last day in City Council, Gil Cedillo fondly recalled one more of their epic adventures where Englander sported a MAGA hat at an official event in Mexico. Think "Hangover," Mexican Edition.

The truth is Englander has been on probation with the public for years. In a failed run for County Supervisor, for which he raised a fortune, a court had to block him from making a false claim on the ballot about his status as a police officer. He was not a police officer, but a reserve cop.

He led the punitive charge on the City's Administrative Citation Program ACE program, an effort to widen the web of city employees (beyond cops) who issue nasty little citations. A high percentage of the citations issued are for public drunkenness.

He bragged about how the Paylock Smart Boot program, which levies a whopping extra penalty on people, including the unhoused, who have unpaid tickets. His self-congratulatory remarks came shortly after 10,000 boots had been applied in a short period of time. The Official Police Garages, which collects this revenue for a handsome fee, is run by Eric Rose, a partner at his uncle's firm.

Englander was like a quarterback at City Hall, sneakily dishing touchdowns to entities that wanted approvals and contracts from City Hall, as long as they were up to date on their pay-to-play payments to Englander, Knabe & Allen et al.

He also played defense. Englander was a one-man task force dedicated to disempowering the “inconvenient public.” He routinely violated people’s rights in public safety committee meetings in front of a room full of police officers at 8:30 a.m.

As the appointed President Pro Tempore to President Herbert J. Wesson, Englander would take the helm at council meetings and in Trumpian style pick off public commenters in whose opinions he was not interested.

There is a reason why autocrats around the world throw journalists and critics in jail with such enthusiasm. They know a free media empowers the public and threatens their survival. Anyone who dared call out what Englander or others were up to, or speak in a way that was critical, was fair game for removal by police officers.

Englander was highly skilled and innovative at disenfranchising the public. . .and he did a lot of civic damage.

He made a motion to move items out of City Council, where meetings are televised and into committee to minimize public scrutiny. It was stunning how, on September 5, 2018, in his public safety committee, nine of the dozen items regarding the vacation of city properties were in Jose Huizar's district fourteen. Mitchell O'Farrell, who chaired the meeting that day told frustrated property owners they would have to speak to Huizar. The  fundraising window for his wife's obviously aborted run to replace her disgraced husband, had just opened. I interviewed a property owner who believed they were being shaken down.

It would be nice if the court's punishment were as innovative as Englander.

It is important that there be no more celebrating Englander's moves and bossy rants. No  martyrdom or excessive gratitude for a man who may end  up taking a light rap for the team.

One way to ensure Englander isn’t winking on his way to a ranch for a year -- taking one for the team -- is to block him from his supply of city power. This includes the LAPD and LAFD and the Office of Finance, with whom he once had special relations, handing out refunds.

I would suggest that the Court issue a Permanent Restraining Order as punishment. No more influence peddling. Englander should be considered persona non grata at City Hall, though of course he's welcome to deliver a public comment and should not be interrupted or insulted.

I swear the foregoing is true and correct, to the best of my recollection.

(Eric Preven is an occasional contributor to CityWatch.) Edited for CityWatch by Linda Abrams.