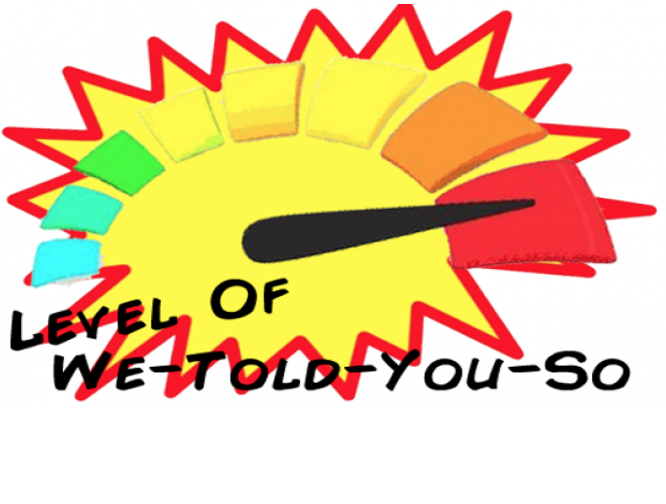 “As the indictment alleges, Huizar, Chan and their network of associates repeatedly violated the public trust by soliciting and accepting numerous cash bribes and other financial benefits, turning Huizar’s City Council seat into a money-making criminal enterprise.”

When a unanimous LA City Council in July 2013 approved skyscrapers atop the 7.0-magnitude Hollywood Earthquake Fault, one could have thought it was a Hollywood movie plot about corrupt politicians running wild.  Who could imagine that our elected officials would openly break the law and endanger thousands of lives in the process?  Sadly, though, fact was stranger than fiction.

A weary public expects Mayor Garcetti and the City Council to embrace every law-breaking abomination that developers propose.  But their approval of the “Millennium Hollywood” project just north of Hollywood & Vine, since rebranded the “Hollywood Center” project, was truly one for the record books.  Not only did Garcetti and the City Council ignore the objections of my client, StopTheMillenniumHollywood.com, and dozens of other community groups and associations, but they refused to heed the objections of two state agencies.  The California Geological Survey and Caltrans warned that approving the Millennium project was not only illegal, but reckless.

Garcetti and the City Council – chaired that day by now-admitted felon and former Councilmember Mitch Englander – approved the project anyway.  They did so in large part upon assurances of seismic safety given by none other than former Los Angeles Department of Building & Safety (LADBS) General Manager Raymond Chan.

I then sued. Over the course of six years, we won at every level – trial, Court of Appeal, and the California Supreme Court.  The Court of Appeal found the project’s environmental impact report “fatally defective.”  Given the unimaginable danger of this project, perhaps the court’s use of the word “fatally” had a double meaning.

All of this matters now even more with the criminal indictment of Raymond Chan.

In September 2013, StopTheMillennium’s co-founding member George Abrahams filed an ethics complaint against Chan. Among other issues, Chan’s son was being paid by developer Millennium Partners’ law firm at the same time that Chan’s LADBS was reviewing and approving Millennium’s seismic studies. The City Ethics Commission, in part appointed by Garcetti, dismissed the complaint.

That evidence should have prompted invalidation of all approvals Chan’s LADBS gave Millennium Partners for their insane skyscrapers-on-the-earthquake fault project. It should also have gotten Chan fired. It didn’t. Mayor Garcetti promoted Chan to Deputy Mayor for Economic Development instead.

Fast forward to April 2020.  In the midst of the pandemic, LA City Hall issued a new EIR for basically the same illegal skyscrapers project by the same developer with a towering record of failure and deceit. (Look at Millennium Partners’ Leaning Tower of San Francisco, as People’s Exhibit 1.)

The new EIR was a whitewash; it denies any earthquake fault concerns. But then, on May 8, 2020, the United States Geological Survey issued a bombshell study showing evidence of multiple active fault lines crossing the Millennium property. This was followed on July 16, 2020 by a powerful new report from the California Geological Survey debunking the EIR’s conclusions and exposing gross errors and omissions in Millennium’s studies.

The California Geological Survey’s letter noted a wealth of data from its own studies, other neutral experts, and most recently the United States Geological Survey “indicate that more than one ... fault trace of the Hollywood Fault crosses the proposed project site.”

Yet Garcetti and O’Farrell have continued to betray the public as they cheerlead for this new version of the same old dangerous project.

So how does Chan’s indictment implicate the current Millennium project proposal? Many of the bogus seismic studies from 2013-2015 that are propping up Millennium’s new EIR were approved by LADBS when Chan was still in charge.

As the LA Times reported, in 2015, the “Department of Building and Safety, then led by Raymond Chan, rejected the state’s conclusion and sided with the developer’s geologist.” That was a huge red flag that a blind person could have seen. Yet Garcetti failed to remove Chan or protect the public.

Thus, the long arm of Raymond Chan reaches deep into the current Hollywood Center EIR – which the City Planning Commission was dangerously poised to approve just a few weeks ago. But it looks like the long arm of the law is finally catching up to Chan, and we believe others yet to be exposed.

It took the FBI’s efforts, but the U.S. Department Of Justice indictment has shined a long-overdue light on Chan’s activities.

In a May 2020 LA Times article, Garcetti served up a greasy plate of platitudes, including that he had “zero tolerance” for the illegal conduct already being alleged by prosecutors against Chan.

Really, Mayor Garcetti? When you knew about our ethics complaint seven years ago, instead of cleaning house, you rewarded Chan and gave him even more power.

This is the same type of “zero tolerance” for a former mayoral deputy accused of years of sexual harassment and assault, with Garcetti’s knowledge.  In the face of multiple credible accounts, Garcetti until recently stood by this individual, calling him a “committed public servant.”

By now the world knows that Garcetti’s claims of “zero tolerance” are Orwellian euphemisms for “full tolerance.”  Full tolerance for years.

The rot penetrates further. As noted in the May LA Times article, Hollywood Councilmember O’Farrell publicly praised Chan for making “great strides in reducing the number of steps that it takes to get projects off the ground.”  But one might argue that those “steps” are the laws that must be followed, not abused and violated.

Mayor Garcetti and Councilman O’Farrell: The next step for you is how you act on Millennium Partners’ latest proposal. We hope for your sake and ours that you stop courting disaster.

(Robert P. Silverstein is a Pasadena-based attorney.  robertsilversteinlaw.com. Stop the Millennium Hollywood can be reached at stopthemillenniumhollywood.com)