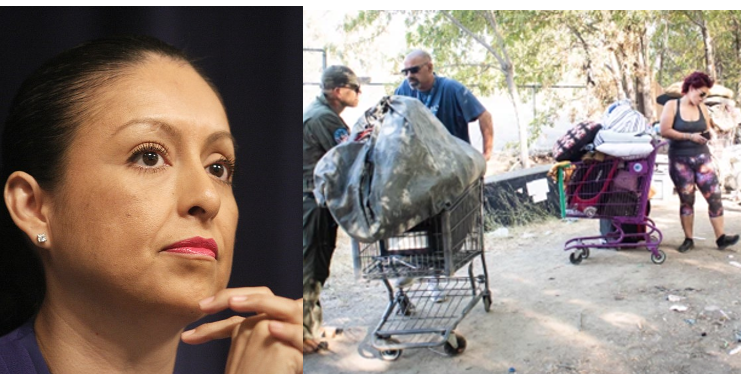 @THE GUSS REPORT-Two things have noticeably reduced the usual squandered time and frivolity at LA City Council meetings in 2020.

One is the FBI's ongoing corruption probe that led to a slew of indictments of Councilmembers and their criminally minded associates. The other is the COVID-19 pandemic.

But the goal of the reduced frivolity is not one of efficiency or transparency by City Council president Nury Martinez, who controls all of the goings-on at meetings.

Typically, the most significant waste of time is Council's Friday meetings, where politicians, when not fawning over themselves, do so over lobbyists and executives from places like the insurance and fast food industries; thank you very much, Councilmember Curren Price, for the latter.

So much crap has been cut from the thrice-weekly meetings that Martinez stopped holding Friday meetings altogether. That'd be something to applaud, except that Martinez isn't using the extra time to bring more help to the poorest people across the city, including in her expansively impoverished Van Nuys-area District.

Besides holding only two Council meetings per week for most of 2020, Martinez has given herself and her pals in the best-compensated city council in America lots of extra recess time-off during the pandemic, riots and a severe budget crisis. Considering that some Councilmembers attend the meetings from home via Zoom rather than commuting, what exactly are they doing with the extra time?

For Martinez, her chief of staff Ackley Padilla and right-hand gal Alexis Wesson, the daughter-in-law of termed-out Councilmember Herb Wesson, they have been non-responsive to this column's inquiries about broad swaths of homeless people in need of her help, like those described to them in these emails:

"What are (Nury's) plans for the homeless camp on Sepulveda at Sherman Way on the S/W corner. Seems like a breeding ground for the virus and, as reported, people and their dogs are actively seeking her help (to get themselves indoors)."

"I'm doing a story on a Spanish-only speaking homeless woman who lives near the Orange Line, a short walk from your CD6 office. She has been unable to get help and I'm doing a story on her, and your office has not been responsive to the matter. Please let me know ASAP who she could call to get her and her cat assistance to get off the street. She doesn't appear to have any addiction issues, so this should be a no-brainer."

In other words, we get lots of talk from the Council president, but little action, even in her own District. Is retaliation part of this equation?

Martinez has had a chip on her shoulder ever since this column gave equal time (oh, the horror!) to her one-time campaign opponent, Cindy Montanez, who, it is worth noting, Mr. Wesson endorsed over Ms. Martinez.

Of all the traits that Martinez should not have adopted from Wesson, the two ugliest are misguided vindictiveness and "punching down" at constituents who depend on her to provide help for which all of us paid. Being non-responsive to corruption stories exposed boldly in this column may be Martinez's choice, but it reflects her insincerity, failed leadership, and inability to accept fair-minded criticism. But rather than reacting out of fear with petty vindictiveness against poor and innocent Angelenos, she should instead embrace helping them and cleaning up City Hall, which does not appear to be her intent.

Still, Martinez gets paid handsomely to do that. And the big "crime" of the people she ignores is that they are poor, homeless, and sometimes do not speaking the language.

And let's point out one last thing. Martinez eliminating the Friday meetings is not done of a will for City Hall to be more efficient. It is to cram three days' worth of agenda items into just two sessions while simultaneously reducing the amount of time that City Council's most vocal critics and its most vulnerable constituents have to express concern about them and ask for help.

And that is 100% on Nury Martinez, who has full control over the agendas.

That, my friends, is what's going on here. Elections are a choice, and we need to choose better.