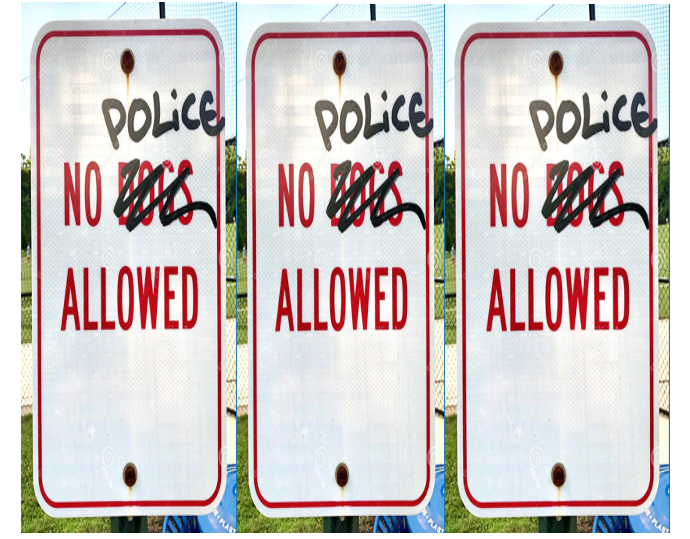 LEANING RIGHT--Way to go, LA! You sure showed THOSE LAPD officers and County Sheriffs a thing or two! Or maybe even three or five!

After the LA City Council just threw away $150 million from the police during an era of rising crime (both associated with and independent of our burgeoning homeless problem, particularly with the criminal element of that population), L.A. County voted to overwhelmingly vote YES on Measure J.

And with a new LA County DA, the same George Gascón who screwed up San Francisco and turned its streets into a cacophony of homeless, feces and needles, we're now seeing eliminated bail and a host of sentencing that pretty much decriminalizes criminal behavior.

And for those of us who are aghast at having our rights to a legal, law-abiding society with minimalized criminal activity shredded before our very eyes? Well, clearly, WE are the problem:

Because L.A. City and County, and all other cities and counties and states throughout America have such a delightful track record of social spending being budgeted and spent so well!

Because all police officers are so damned corrupt and racist...or even the overwhelming majority of them in community-based police-oriented LA, right?

Because they have it coming to them, right?

And because by extension, WE have it coming to us, right, because we use them!

So, why call them? Why use them? Clearly, after Chief Bratton reconfigured the LAPD, it is "not enough".

But let's look at the good side, shall we? At least playgrounds aren't "off-limits" to those who want to use them during the recent surge of COVID-19 (predicted since the pandemic first hit us).

Of course, it's anyone's guess how soon our playgrounds and parks will be off-limits due to those so used to violating the law--but who will now be virtually free because they're "victims"--having free access and free reign over the open space that should be devoid of ANYONE prone to criminal behavior.

And the defunding of the LAPD for "city and neighborhood services"? Could it possibly lead to "buyer's remorse" as the reinvested money becomes thrown towards pork barrel projects and useless money giveaways.

Oh, no, no, no. Nothing to see here. Things will be better now. This will end as well as the cost-effectiveness of our spending on the homeless. But we're throwing money, so...isn't it all good?

So, in conclusion, we just gave a good "zetz" to the men and women in blue. Or maybe even a few good smacks up the collective side of the head to law enforcement.

A clear and undeniable message of the "good guys" now being "the occupying bad guys" has just been sent.

So seriously, if you ever need those "bastards in blue" why call them? Because THEY are obviously  the problem...and not the guy breaking into your home at 3 a.m.