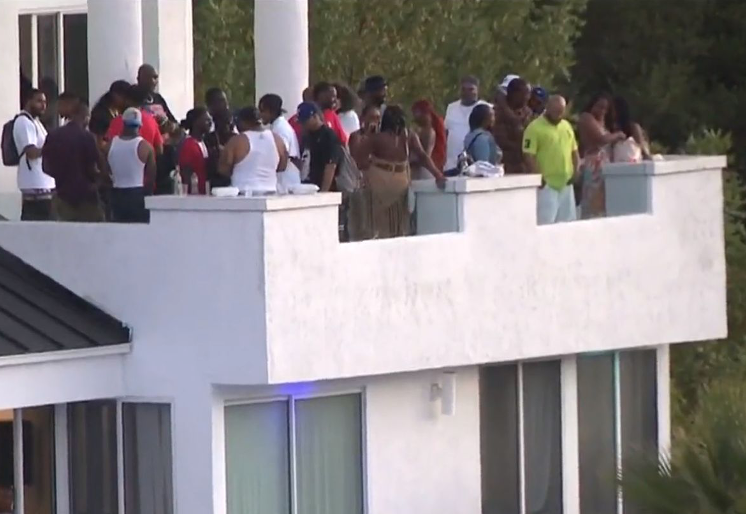 VIEW FROM HERE--Airbnb puts forth tons of propaganda about how much it cares about Covid-19, but a closer look suggests that the only thing that matters to Airbnb is its IPO.

IPO’s are not the sort of financial move that a businessman wakes up on Monday and files on Tuesday.  It takes months if not years of planning with lawyers and financiers.   After Airbnb’s loss grew by 380 times in one year, it should have shelved its IPO desires.  But greed is powerful.

An IPO (Initial Public Offering) occurs when a private company is allowed to sell stock to the public for the first time.  The better a private company is doing the more the public will pay per share.  In 2002, after many tech companies’ stocks had been hyped way beyond the realm of reason, investors came to their senses so that the market plunged 78% and many companies were wiped out.  Worldcom, for example, was the second largest long-distance telephone company in the United States, after AT&T.  Due to accounting scandals like Enron, it went BK.  As the companies involved in the DotCom crash as well as Enron and before them Equity Funding proved, fraudulent accounting does not alter the laws of economics. It merely postpones the day of reckoning.

Airbnb Is Not Immune from the Laws of Economics

While people think of Airbnb renters as families looking for a vacation place, the mathematics behind the business are complex and nefarious.  From speaking with city officials, with neighbors who had been afflicted with Airbnb homes in their midst and with Airbnb homeowners, Airbnb appears more shaky than Equity Funding and Enron combined.

Promoters prefer large houses with pools and can afford to pay a premium for such venues.  Promoters want money and party houses have no enforceable fire code maximum.  What’s $1,500.00 for a night’s rental, when the promoter can net $10,000? Airbnb benefits from renting out its more expensive properties and it get repeat business as promoters hop from house to house.

Airbnb was in a position to shut down party houses, but the higher occupancy rates and the higher income were essential to its IPO dream.

“In the first nine months of 2020, Airbnb’s net loss widened again year over year from $322.8 million to $696.9 million.”  (Annualized that is a $930 Million loss) During LA’s Safer at Home, Airbnb rentals which had over 90% occupancy rate fell to empty.  There is no gainsaying that Airbnb’s actual annual loss for 2020 will exceed $1 Billion.  After the initial Safer at Home, Airbnb super spreaders became their own pandemic.

Will Airbnb Ever Admit How Many Lives Were Lost So That Airbnb Could Pursue its IPO?

Airbnb’s data showed who was likely to be a party promoter, but it hid this information from its homeowners.  One indicator of a party promoter, for example, was someone who lived in South Central who rented a large pool home 15 or 20 miles north for a weekend.  Another indicator was someone who just joined Airbnb.  Airbnb allegedly “verified” the guests in advance. A 23-year-old unemployed woman from Compton who was renting a $250 a night house is an anomaly which any computer could catch.  Airbnb not only knew what was occurring but it was keeping its homeowners in the dark. Homeowners were shocked to find their homes hosting hip hop raves with drunken teenagers spilling onto neighbors’ lawns and causing thousands of dollars in vandalism.  When Airbnb hosts complained, Airbnb did nothing.   Nov 19, 2019, San Francisco Examiner, Orinda Airbnb Violence fits Pattern — at Least 42 People Shot at Short-term Rentals in Last 6 Months.

With the bars and other venues still closed, Airbnb found a lucrative cash flow by duping its homeowners into hosting raves and other super spreader events.  Five to ten days after Airbnb allowed its post lock down super spreader parties, LA County’s Covid-19 rate in South Los Angeles took a significant leap.  The oh-so PC City of Los Angeles tried to cover-up the role of young minorities by pointing to poor health among Blacks and the high number who worked in the front lines.  This PC approach also concealed Airbnb’s role in sabotaging LA’s opening.

Liability Lawsuits for Shootings and Covid-19 Deaths Loom Over Airbnb

The callous and shortsighted way Airbnb catered to the Covid-19 Super Spreader crowd may finally tank the entire business.  In its arrogance, Airbnb acts as if plaintiff attorneys cannot trace Covid-19 deaths to it.  They think no city or county will be able to present a bill for Covid-19 hospitalizations.  Quite the opposite, the legal precedents to hold not only Airbnb but also its executives personally liable exist.

Bar Owner Liability Can Be Applied to Airbnb

The law on liability for shootings in bars is rather straight forward.  It requires prior violence and failure to take preventive steps.  While the bar cases deal with specific establishments, the law’s logic is not limited to a particular site.  When someone may reasonably foresee that their actions will result in shootings or death, he has an affirmative duty to take preventive action.  Instead, Airbnb encourages more mass partying to rescue its IPO.  “Because I wanted the money” is not a defense to bank robbery, nor is it a defense to Airbnb’s promoting of violence and Covid-19 Super Spreaders.

There is no significant legal difference between Ford’s manufacturing a product which is defective like an exploding Pinto and Airbnb’s offering a dangerously defective service.  Purdue Pharma’s bankruptcy was not because its product, OxyContin, was illegal but due to the way it marketed its drug.

The Defense that it is Only a Platform is Hogwash

Airbnb’s likely defense that it lacks liability since it is only a platform won’t hold water. As discovery will establish, Airbnb structured its platform to encourage and protect the party promoters.  One way is that owners were coerced to use Instant Booking so that they could not screen applicants.  Some homeowners tried leaving Instant Booking but found Airbnb loaded them with handicaps so that they would get virtually no inquiries.

Airbnb might have survived the pandemic, but can it also survive the wrongful death lawsuits which should hit it like Katrina swamped New Orleans?  While businessmen’s monetizing death is not new, Ford, Purdue Pharma, and Monsanto (Roundup) were not foisting an IPO upon the public while pushing a deadly product.

(Richard Lee Abrams is an attorney and a community relations consultant.  His views are his own and do not necessarily reflect the views of CityWatch,  He can be reached at: Rickleeabrams@Gmail.com.)