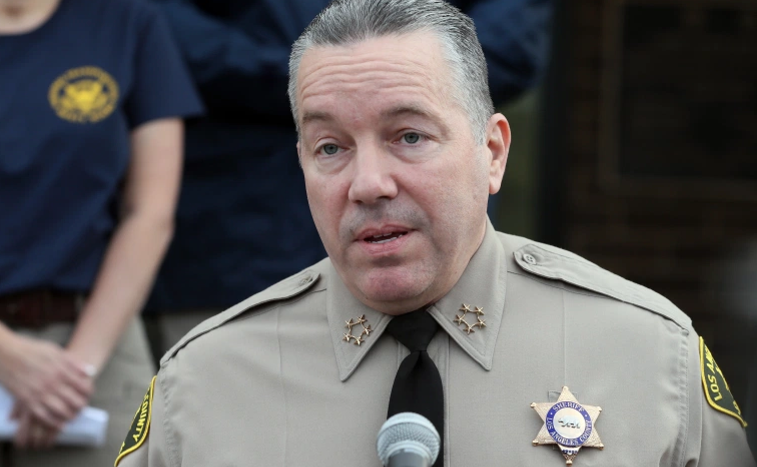 GUEST COMMENTARY--For two years now we have had a front row seat to a feud between the LA County Board of Supervisors and Sheriff Alex Villanueva over his alleged transparency and accountability.

But the truth is, the Board is engaged in a power grab to remove the democratically elected Sheriff and replace him with someone they can appoint and control.

To do so the Board is in close coordination with nonprofit fundraisers hungry for a battle with Goliath, the LA Times and billionaire donors to gaslight the public into believing the Sheriff is somehow unfit to protect us. This blatant power grab and blame shifting by the board must stop. It is irresponsible to throw away one of our largest electoral victories in LA County history -- before we have executed our goals. That is why I have committed to not only help Sheriff Villanueva be successful, but also to win reelection.

Sheriff Villanueva is not only the first Spanish speaking Latino Sheriff in over 100 years, but he is also the first challenger to defeat an incumbent Sheriff in LA County history. Villanueva’s 1.3 million votes are more than the combined votes of all five sitting LA County Board of Supervisors in their last elections.

The Sheriff’s victory can be attributed to a close partnership between progressive Labor and community allies that felt that ex-Sheriff Jim McDonnell was too conservative for LA County and the department needed to reverse several key policies that negatively have impacted our communities. Collaboration with ICE was one.

From 2012 to 2013 I was fortunate to run the Soundstrike musicians boycott of Arizona over its racist anti-immigrant law SB 1070 and the Tucson ban on ethnic studies. There I learned from activists on the ground the impact local Sheriffs have on deportations, the mistreatment of inmates, racial profiling, and the racial climate of hate Sheriff Arpaio created when he collaborated with neo Nazi terrorist groups. I learned how police have become de facto deportation agents not just in Arizona, but also in Georgia, and Alabama.

I also learned the number one deporting Sheriff’s department in the nation was Los Angeles, California. And while no one could stop Arpaio in Arizona, not even President Obama, that did not explain why the Democratic led LA County was collaborating with ICE.

Then Sal Reza of PUENTE showed me of a video of a beautiful four-year old Latina in tears clenching a teddy bear given to her by a Sheriff who arrested her mother for not having an Official state ID. The mother and daughter were pulled over for a broken taillight. The crying young girl was waiting for an aunt to pick her up. Her mother was sure to be deported. The video not only convinced Rene from Spanish rap group “Calle 13” to join the boycott it made me wonder how, if at all, was LA County different. It was not. In fact, up until the passage of SB 54 LA County led the nation in deportation and the LA Times and Board of Supervisors could not have cared less about it. In fact, the board, we learned from Sheriff Villanueva has taken $122,000,000 from the Department of Homeland Security’s SCAAP grant program over the last ten years to share data on the undocumented in LA county jails. And they all voted for this!

It is no small accomplishment that our Democratically elected Sheriff  Alex Villanueva has now banned permanently all transfers to ICE. Hundreds of thousands of undocumented families in LA County can now safely report crime including domestic violence and child abuse without fear of deportation.

This is a major accomplishment and I suspect one that embarrasses the self-described liberal Board of Supervisors.

The fact is, we have too much skin in the game to not see through the changes the Sheriff has promised. ICE is out of the jails, transfers have ended, and the Sheriff is set to engage in historic wage theft enforcement.

Before COVID, crime was dropping significantly, and the Sheriff did close to 50 in person town halls. He has broken up the Bandidos Deputy “gang” and has begun to do the same at Compton station. Reform when it comes to shootings and use of force is going to be a long process, but it is a process the Sheriff has not shunned and welcomes.

But the LA County political establishment has decided they need more power and their failures on police reform, their own deportation collaboration, and their long - long history of voting to build up the prison Industrial complex in Sacramento. And now they want you to look past their history of rock solid support to and from police unions, their deportation cred, and their massive failures during COVID and instead stare at the boogie man they want you to believe is Sheriff Villanueva.

Do not be fooled by billionaire funders, self-anointed community leaders auditioning for the part of David (for grants) and power-hungry board of Supervisors. Raising money to fight “bad cops” right now is in vogue and easy. It is starting to look like a racket. A non-profit, tax write off, bourgeoise talking point racket. But remember this. There is a whole world east of Silverlake and the Urth Cafe. It is called the world and they no like you so much.

(Javier Gonzalez is a political consultant in LA. He is a former labor organizer and leader. He got his start as a community and youth activist involved in the black and Latino unity and gang truce movement on the West side. Javier served as western states deputy field director for Bernie 2016 campaign. He can be reached at [email protected] or via Twitter @javgonz). Photo by Josh Lefkowitz/Getty Images. Prepped for CityWatch by Linda Abrams.