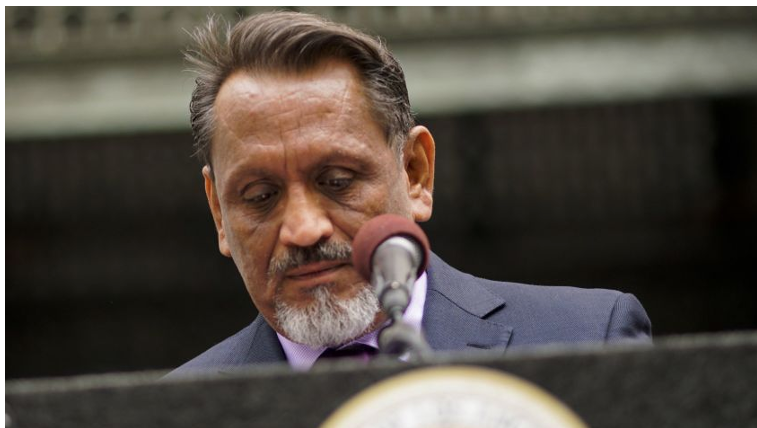 @THE GUSS REPORT-Politicians should learn to embrace their mistakes and say hey, I’m human and made a mistake, can we let this one go?

That is what LA City Councilmember Gil Cedillo refused to do when he instead doubled down by denying the undeniable last week.

During a recent City Council meeting, a constituent calling in went off on the subject of eminent domain and closed her comments by saying “Mayor Garcetti, you are a disgusting piece of shit.”  Cedillo, who infamously leaves his mic open during meetings, then muttered, “eff you. . .gonna say (that) to us.”

Cedillo and his chief of staff Debby Kim did not respond to multiple emails about the context and whether he wished to issue an apology. Several days later during another meeting he attended, Cedillo tried to cut-off this column when asking about it, later on saying that those weren’t his words, but that he was quoting someone when he uttered them.

Decide for yourselves. Advance this clip to the 40-minute, 20-second mark and you will hear no such context such as “Eddie said ‘eff you’. . .gonna say (that) to us.” And if he really was quoting someone, he would have simply said so when he was originally asked about it.

For all their flaws and arrogance, politicians are bombarded with obscenities during virtually every public meeting. It is only human that once in a while they’d want to fling it back at the public, except they’re supposed to be above it. LA Mayor Eric Garcetti, in his never-ending quest to appear cool, is the exception to the rule when he maliciously and intentionally dropped the F-bomb while holding a lite beer at an LA Kings championship celebration at Staples Center (with scores of children present) while attempting to make a joke about politicians drinking and swearing in public forums.

In Cedillo’s case, however, the Councilmember who drops the word diaspora more than anyone you will ever meet, regularly bemoans a lack of decorum, thus gets called out on it this time.

Not for doing it himself, but for lying about it and trying to prevent questions about it.

Had he simply said hey, I’m human and made a mistake, can we let this one go, as was suggested to him, his request would have been granted, the issue forgotten and these words never typed.