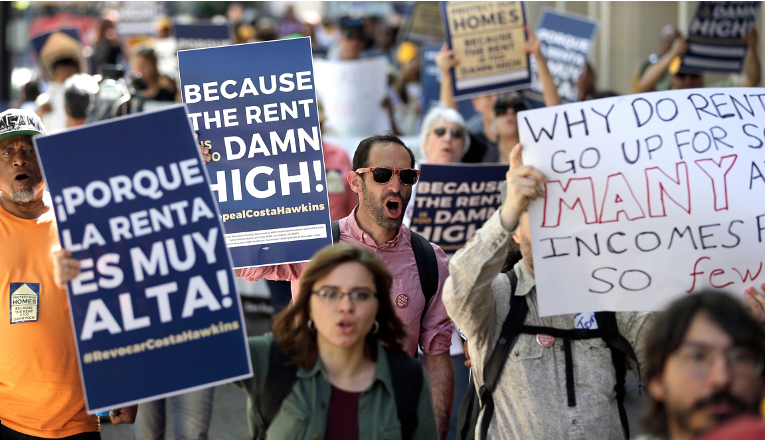 Now, another survey by respected Sacramento-based Capitol Matrix Consulting points to even more devastating impacts from Prop 21 for both renters and homeowners.

The firm, headed by two legislative long-time fiscal experts (one Democrat and one Republican), concluded if Prop 21 passes it “will result in less new construction, less maintenance and investments in upkeep of existing units, a drop in property values, and ultimately a marked deterioration of neighborhoods where it is applied.”

Among the study’s findings:

Capitol Matrix also noted that the most far-reaching impacts for Prop 21 will result in a “housing freeze” for the state at a time when affordable housing is needed more than ever. Investments in new affordable housing under the limits of the measure would be halted because they would not pencil out financially.

Meanwhile, existing renters also would be hurt. “The measure would result in all the same negative impacts on maintenance and property values as the strongest forms of rent control…all of which have been reformed out of existence in the US in light of their devastating impacts on rental housing and the neighborhoods in which they are located.”

Proposition 21 is opposed by the state’s leading affordable housing groups as well as Governor Newsom, labor, seniors, and veterans’ groups, as well as nearly all the state’s major newspapers. It is being financed with more than $22 million from “nonprofit” landlord Michael Weinstein of AHF, who was recently exposed as a “slumlord” by the Los Angeles Times.

A recent IGS poll showed only 37 percent support for Prop 21. Weinstein’s similar measure, Proposition 10 in 2018, was defeated overwhelmingly, as have his other ballot measures in California, Ohio and other states.

(Steven Maviglio is the spokesperson for Californians for Responsible Housing. Views expressed here do not necessarily reflect those of CityWatch or other writers and contributors.)